In 2010, an iceberg four times the size of Manhattan broke off from Greenland, becoming the largest since 1962. It was named the Petermann Ice Island, because it calved off a glacier of the same name. Two years later, the Petermann Glacier produced another giant iceberg. And this summer, an 11-million ton iceberg near a small fishing island in western Greenland has made news. The danger is that the iceberg could cause tsunami waves that threaten the nearby village.

Every year, thousands of tourists flock to Newfoundland to catch a glimpse of the icebergs off the coast. These spring visitors are carried by a current along the eastern shore of Newfoundland to a place called Iceberg Alley, where iceberg watching is a longstanding pastime.

Barry Rogers, who grew up watching icebergs, is the captain of the tour boat “Capo De Espera.” He said that Newfoundland is “one of the few places in the world where you can actually get up close and personal to an iceberg.” Sensing an opportunity 20 years ago, Rogers launched Iceberg Quest, a sightseeing boat tour that operates out of Twillingate, a town on Newfoundland’s east coast dubbed the “iceberg capital of the world.”

The Petermann Ice Island, like most Greenland icebergs, drift in the ocean currents toward Iceberg Alley off the coast of Newfoundland. (Graphic by SimpleQUESTionMovie)

“The world is intrigued with icebergs,” he said, “You have to see it to actually believe the beauty.” Rogers described streaks of blue and white, flat tabular giants, and small growlers as big as a truck.

According to him, 2017 was a “phenomenal ice year,” with the most icebergs Rogers has ever seen. But, of course, more icebergs isn’t necessarily a good thing.

“In the last 20 years, well there has been a change, yes. I think there’s no question,” Rogers said.

Scientists are concerned that global warming is destabilizing glaciers and ice shelves, creating larger and more frequent bergs, like the Petermann Ice Island. 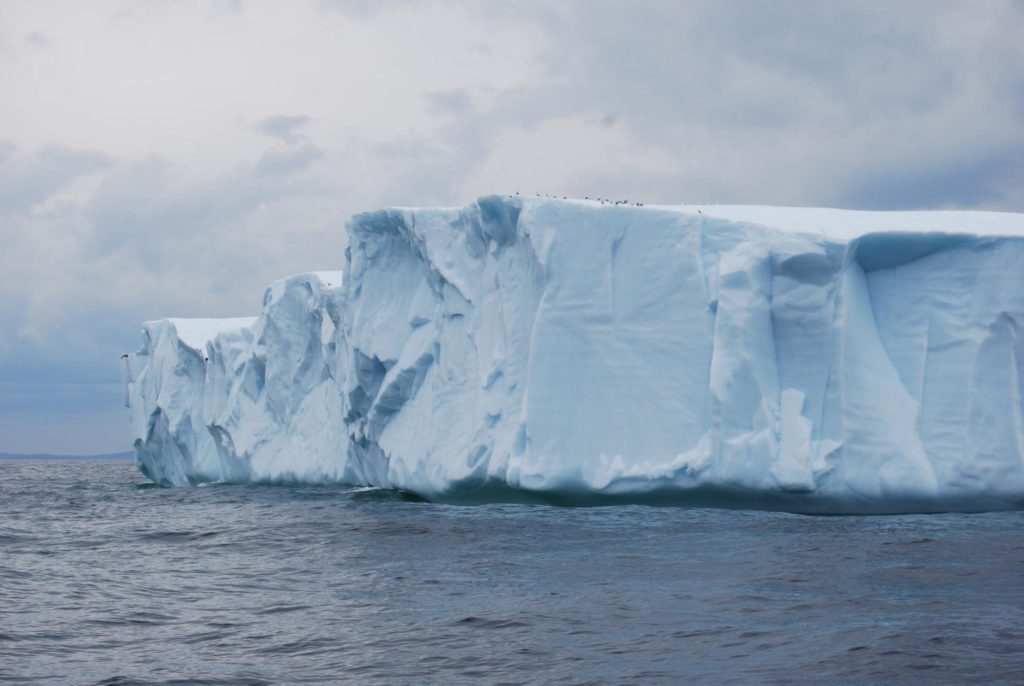 A piece of the Petermann Ice Island in Iceberg Alley in 2011, a year after it broke free from Greenland. (Photo by SimpleQUESTionMovie)

As a physical oceanographer at the University of Delaware, his work focuses on the two remaining large ice shelves in Greenland; the Petermann and 79 North Glacier. He sees a large crack in the Petermann Glacier, and expects another forthcoming monumental breakup.

“So you have these rare events happening more frequently, and that is just not normal,” he said.

Muenchow said that calving events like these could speed up the breakup of the ice shelf. The Petermann Glacier lies in a fjord, extending over land and water. The floating section holds the glacier on land in tact by acting like a cork in a wine bottle. Now that much of Petermann has broken off, Muenchow is concerned that the ice will flow faster to sea, increasing sea level rise.

Physical oceanographer at Scripps Institution of Oceanography, Fiamma Straneo agreed that Greenland glaciers are discharging more icebergs. Straneo, who knew she wanted to study icebergs when she first saw them on a college backpacking trip, now studies how they melt, a phenomenon that can create a spectacle.

“Usually within the glacier itself the ice has melted then refrozen, making this really compact blue ice, which is quite beautiful to see.” 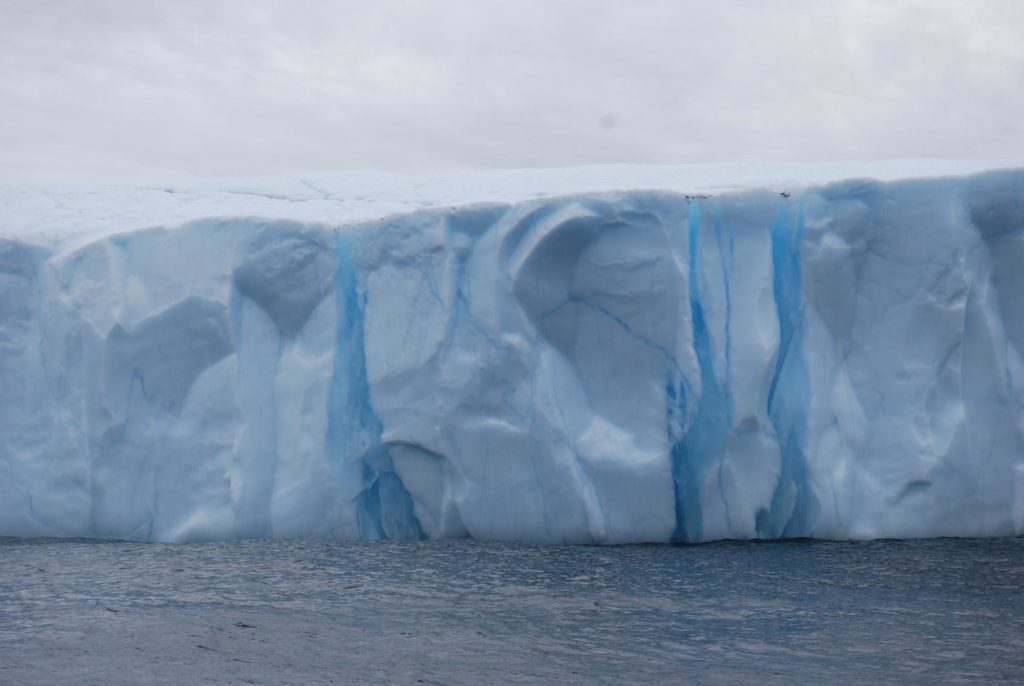 Icebergs can show a deep blue color because within the glacier the ice has melted then refrozen and air bubbles are released. (Photo by SimpleQUESTionMovie)

According to Straneo, the melting creates a mini ecosystem surrounding the berg. Since 90 percent of the iceberg is below the water’s surface, melting occurs in deep waters. The melted freshwater floats to the surface, bringing nutrients trapped at depth with it. This stirring gives new life to plants confined to the surface.

“Sometimes you can see phytoplankton blooms in [the iceberg’s] wake,” she said, which adds to the tourism appeal.

Tourism isn’t the only business opportunity in icebergs. Iceberg Vodka, founded in 1995, crafts its spirits from water derived from icebergs.

“We’re the only ones in the world to actually harvest icebergs to make vodka,” Iceberg President David Meyers said. He said that all other vodkas require processing to remove impurities. But iceberg water contains almost no mineral content.

“[Some of this water] has been frozen since the Ice Age 20,000 years ago, and that was before there were any man made pollutants,” he said.

Captain Ed Kean, also known as ‘Newfoundland’s Iceberg Cowboy” has been harvesting bergs for the company since 1997, and has collected about 20 million liters of water to-date. To harvest icebergs, a Canadian natural resource, requires a government-issued license.

In the late 1980s Kean began using iceberg ice to chill fish in a fish plant, when the government required they have all the ice tested for quality. It proved to be of high quality, so he thought of bottling and selling it.

“Iceberg Water is purity in a bottle. All the rest are just tap water in a bottle,” he said, adding that “it tastes like water should taste.”

But even though there is ample ice each year, Kean lets the biggest bergs – weighing often a million tons – pass him by. These giant icebergs present the most danger because they can roll over, or break apart, creating turbulent water. Plus, they have ‘feet,’ an expansion of ice underwater caused by uneven erosion. Kean goes after the small bergs, “about the size of a bungalow.”

Iceberg Alley is situated between Greenland and Newfoundland, the same area where the Titanic sank in 1912. The Labrador Current then carries many Arctic icebergs east of Newfoundland, where they meet the tropical Gulf Stream and melt away.

The International Ice Patrol came about shortly after the Titanic disaster. This organization tracks large icebergs and warns ships through a published bulletin. Since Internet and communication technology has advanced, the patrol now uses satellites and planes to track hazardous icebergs. Still, some Newfoundland seafaring traditions have survived. Ask northern mariners where icebergs are, and they’ll likely hand you a scrap of paper scratched with coordinates.

Left: A giant iceberg is seen behind an Innaarsuit settlement, Greenland on July 12, 2018. Photo by Ritzau Scanpix/Magnus Kristensen/ via REUTERS