In space, ‘take your protein pills’ and get your Sriracha on

In space, green beans taste like grass and sliced strawberries are repulsively sweet. That’s according to NASA astronaut Douglas Wheelock, who spent more than 178 days living — and eating — aboard the International Space Station and space shuttle Discovery.

The astronaut palate is a mysterious thing. Some say their favorite foods taste like plastic in space. Others say flavor gets better. What is undisputed is that a person’s taste for something on Earth can’t be trusted in orbit.

This is partly because the body’s fluids realign in microgravity, causing nasal congestion, says Pamela Dalton, a researcher at the Monell Chemical Senses Center. Swelling in the nasal passage also obstructs the transport of odor molecules to their receptors, which, Dalton said, can translate to a 70 percent reduction in flavor. After a few weeks the swelling subsides, but some congestion remains.

Canadian astronaut Chris Hadfield — known by earthlings as the guy who performed a rendition of David Bowie’s “Space Oddity” while commander of the International Space Station — said being in space was like suffering a perpetual head cold.

“Your sinuses clog up and your tongue kind of swells up,” said Hadfield, author of “An Astronaut’s Guide to Life on Earth.” “And a lot of the subtlety of the palate and the tongue and the smell that goes along with it — the olfactory ability to sense your food — it all becomes congested.”

Imagine standing on your head for hours, he said. It’s kind of like that.

To compensate, astronauts have been known to go heavy on the hot sauce. Wasabi, Louisiana hot sauce, peppery olive oil and Tabasco clutter the ISS cabinets.

The perennial favorite? Shrimp cocktail — freeze-dried shrimp and a tomato-based sauce with bits of horseradish.

“It’s got a really strong, searing, wasabi kind of cut to the flavor” that opens up the sinuses, Hadfield said. Moreover, the distinctive texture of shrimp — that “fibrous chewiness” — survives rehydration better than other foods.

Chris Hadfield discusses advances in food since the early days of space exploration.

“The bits of horseradish are really good about overpowering the sterile smells of the station,” said Wheelock, who had never craved shrimp cocktail until spaceflight. “It has a lot more punch in the flavor that can overpower the membranes’ swelling in your sinuses, along with the sterile smell of the equipment operating on the station.”

Contained smells in the orbiting satellite, many of them unpleasant, may also play a role. On the International Space Station, body odors like sweat and the exhaust of operating equipment accumulate in the re-circulated air, further suppressing the ability to receive new odors, Dalton said.

“(Astronauts) may be massively adapted to a wide range of odors and really unable to smell anything new,” said Dalton, who has done research regarding smell for NASA. “But that of course hasn’t really been confirmed because nobody’s done smell testing in space, unfortunately.”

Without smell, you can no longer smell your children, or your spouse, and you are unaware of your own odors, said Dalton. “It can be very depressing.”
Microgravity has a unique effect on each crewmember. Wheelock so craved the fragrance of fresh fruit that he kept an apple that was delivered during a resupply in his sleep compartment for three weeks. NASA astronaut Don Pettit, on the other hand, said food tastes better in space.

It’s like eating in waist-deep snow on a camping trip, said NASA astronaut Don Pettit, who has logged more than 370 days in space. “You’ve been working hard all day, and the food tastes really good.”

Pettit enjoyed beef brisket, ham-steak, and other meats topped with Sriracha or Tabasco.

NASA typically spends about two years developing a freeze-dried or thermo-stabilized formulation of a dish to be approved by food testers on the ground. But the only way to know how a dish will taste in orbit is to taste it in orbit.

“That’s just the unfortunate truth,” said Vickie Kloeris, manager of NASA’s ISS Food System. “Crew members come back and say, I tasted this product on the ground and I thought I would like it, so I put it in my bonus containers, but when I got on orbit I didn’t like it so much. And the opposite:…I loved it and I wish I’d had more of it.”

Sliced strawberries weren’t the only foods that proved too sweet for Wheelock. He experienced the same sensitivity to other sugary dishes, too. “The [added] sugar,” he explained, “was almost repulsive to me.”

Heightened sensitivity to the taste of sweetness is driven by suppression of smell, Dalton said. In other words, a decrease in the fruity odor of the strawberries can manifest itself as an increase in the sweet taste quality, since taste and smell are two separate components of flavor. (Chemical irritation, vision and texture also comprise flavor). 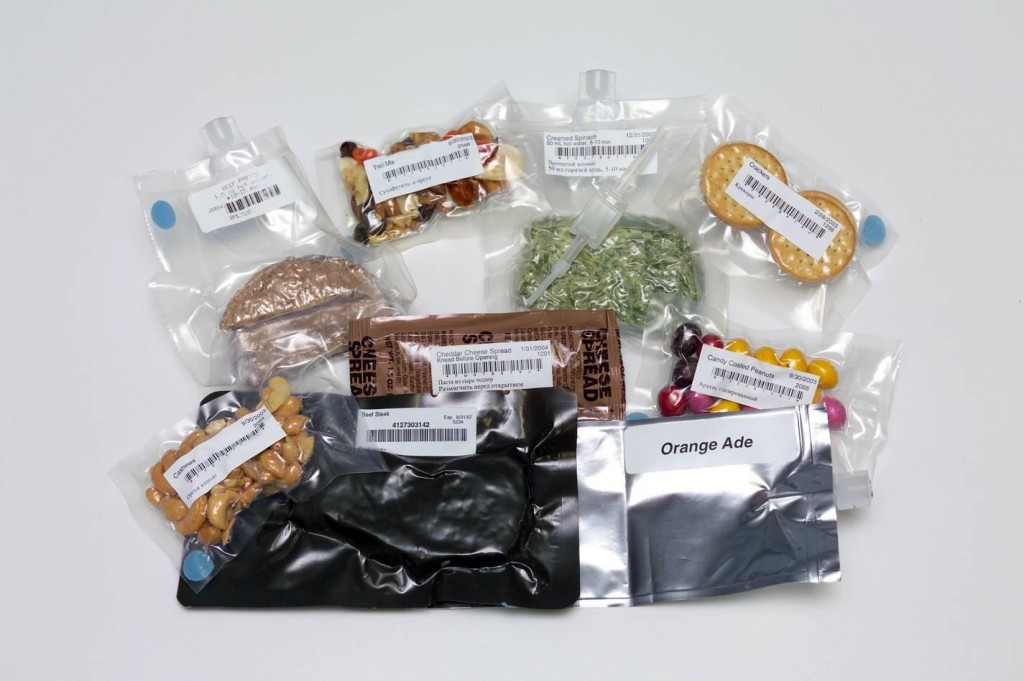 Spiciness, on the other hand, is produced by a sensory system other than smell, which may explain the popularity of spicy foods in space. Tactile sensations like the burn of chili peppers or cooling of menthol are stimulated by the trigeminal nerve in the mouth, among other places, meaning they can function independently from our olfactory system.

A dulled sense of smell can have a powerful psychological impact on a person. The olfactory system, Dalton points out, is tied to emotion and memory. Which are closely tied to emotional well-being.

“Often people report being very distressed and very depressed about their loss of sense of smell,” said Dalton, who cited aging, upper respiratory infections, head trauma and certain viruses as other conditions that diminish smell.

Without smell, you can no longer smell your children, or your spouse, and you are unaware of your own odors, said Dalton. “It can be very depressing.”

Despite the plethora of spicy condiments, Wheelock wonders how long astronauts can perform at high levels without familiar flavors if sent to live on the moon or mars.

“When food tastes like plastic, it affects your performance and mood,” he said. “Yeah, you could do it for six months. For three years? Maybe. But that might be too much of an emotional detachment from our normal, organic world.”

Still, food serves as a centerpiece for conversation and laughter on the space station. Hadfield learned about his crewmates from Russia, Kazakhstan and beyond while sharing food around the table. He recalls introducing his Russian crewmates to maple syrup, which he made growing up on a farm in Canada.

But there’s no substitute for home.

Wheelock recalls the moment the hatch opened, after his first spaceflight landed in the middle of a Florida wildlife refuge, among grasses and mangroves and wild fruits.

“To smell the trees and the grass and the water felt intoxicating, and I thought to myself what is that incredible smell? And that was Earth.”

Left: Space food has come a long way since 1966 when this photo was taken of a NASA test subject consuming a meal of pot roast and gravy through a feeding tube pack aboard a Gemini spacecraft mockup. Photo by Underwood Archives/Getty Images