The average person is better off without a fitness wearable, weight loss study finds

Editor’s Note: Should consumers expect fitness wearables to aid weight loss? In this week’s #NewsHourChats on Twitter, we’ll talk more about what this new study revealed. Join us on Twitter at 1 p.m. ET on Friday, Sept. 23. We’ll be speaking with study author John M. Jakicic of the University of Pittsburgh (@jmjakicic), social psychologist David A. Ellis of Lancaster University (@davidaellis), Megan Morrone of Tech News Today (@meganmorrone) and Halle Tecco of Rock Health (@halletecco). Follow along via the hashtag #NewsHourChats.”

This year alone, 19 million people are scheduled to buy fitness wearables with a simple mission in mind: Get fit. But these purchases may have zero effect when it comes to weight loss, based on new research from the University of Pittsburgh.

This two-year study — the longest of its kind on electronic fitness trackers — shows the average person on a weight loss program can cut more pounds without a workout wearable.

Over the course of 24 months, Jakicic’s team had 470 young adults — all overweight or obese — participate in a standard behavioral weight loss program. They kept tabs of their diet in diaries to cut their fat consumption. They committed to 100 minutes of exercise per week, which was eventually revved up to 300 minutes per week. Six months into the study, the researchers added telephone counseling, text message reminders and access to a health website as means of accountability.

At this stage, half of the subjects randomly received a BodyMedia armband wearable that tracked their moderate-to-vigorous physical activity (MVPA), the national standard for fitness measurements. 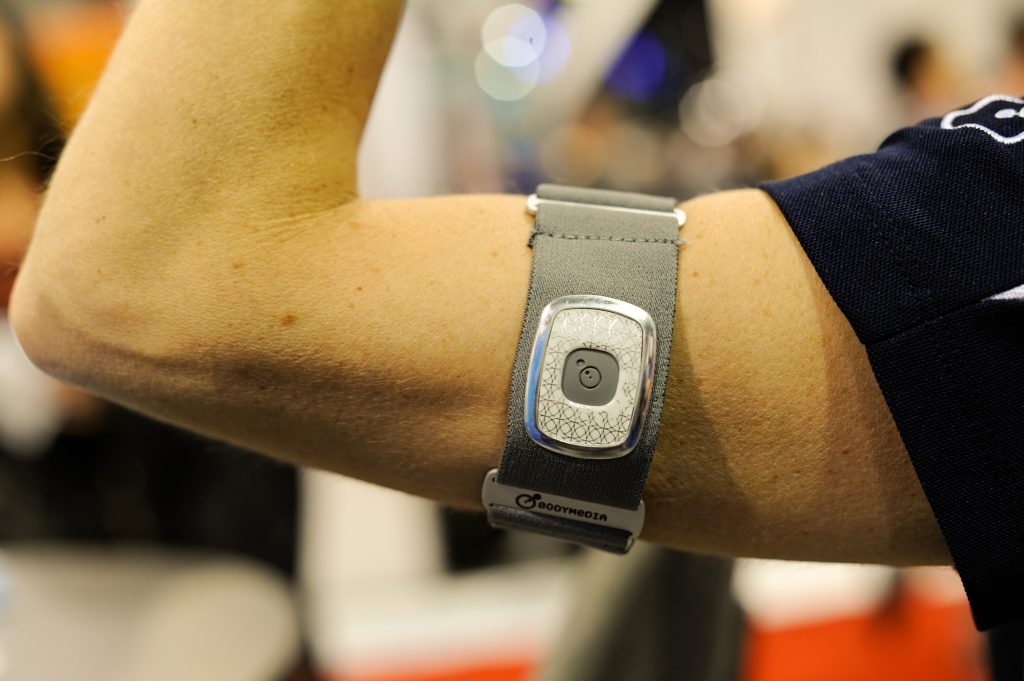 The weight loss program shrank tummies across the board. Yet without a wearable, subjects lost on average 13 pounds. With a wearable, 7.7 pounds — a difference of 5.3 pounds.

“The results question the effectiveness of wearable fitness trackers,” David Ellis, a computational social psychologist at the University of Lancaster, England who has studied the consumer adoption of wearables.

To Ellis, this finding was not completely unexpected, “given the lack of evidence provided by manufacturers when it comes to demonstrating the effectiveness of their devices.”

Companies like Fitbit haven’t released this type of long-term study because they can only track people who keep using their devices, said Dr. Mitesh Patel, a University of Pennsylvania specialist in medicine and healthcare management. Recent surveys show wearables tend to struggle with long-term engagement. One poll of 6,000 wearable consumers found a third had abandoned their devices after six months, while only half remained after a year. People who fail to keep their devices may overlap with those who fail to lose weight, Patel said, but it’s impossible to tell without a study like Jakicic’s.

“[With Jakicic’s study], I was excited to see longer term, randomized controls, so we can really evaluate whether these devices are effective.”

Before today, the longest studies into these wearables — whether by manufacturers or academics — lasted around six months, said Dr. Mitesh Patel, a University of Pennsylvania specialist in medicine and healthcare management. But these investigations typically measured changes in physical activity, but not weight loss.

That’s because weight loss requires engagement, Patel explained. His research group has found smartphone fitness trackers can double the amount of time that people spend on physical activity, but only when combined with engagement tricks like financial and social incentives. Cash prizes in workplace wellness programs or working out with a friend are more likely to fortify the long-term behavior changes needed for weight loss, he said, versus fitness trackers alone.

“A person who is a ‘quantified selfer’ — who takes this data and is really motivated — they may be able to use wearable devices to be more physically active to lose weight,” Patel said. “But for the average person who has low motivation or a chronic condition like obesity, just giving someone a device probably isn’t enough.”

Patel raised possible caveats with Jakicic’s study, namely the type of fitness trackers used by the subjects. Since this study was conducted from 2010 to 2012, the researchers employed fitness trackers that wrap around the upper arm, while newer brands rest on the wrist. Though armband devices track physical activity better than wrist models, the gadget used in Jakicic’s study also required that people to log their fitness and diet data on a website rather than directly recording the info on a mobile phone. These extra steps and features may have influenced the desires to engage with the device, though an exit survey revealed most subjects wore the armband three times a week or more often.

Fitbit provided internal data to NewsHour, citing their devices’ effectiveness with weight loss. One study on Fitbit Aria users noted an average loss of nine pounds, but tracked participants over a short-term, six-month window. A longer, one-year study of 100 bus drivers in Ohio’s Dayton RTA transit system found an average weight loss of six pounds (though one participant lost 75). This group also recorded a 17-point average decrease in sugar (glucose) levels and a 12-point average decrease in bad cholesterol, suggesting fitness trackers may have health benefits even without weight loss.

“We are confident in the positive results users have seen from the Fitbit platform,” a Fitbit spokesperson told NewsHour. “Fitbit technology is being used in more than 200 clinical research studies at institutions such as the Mayo Clinic, Johns Hopkins University, Northwestern Medicine and the University of Texas MD Anderson Cancer Centeron on conditions ranging from arthritis, breast cancer and heart disease to patient compliance and surgical recovery.”

So should you toss your wearable in the garbage? Both Ellis and Patel say it depends on the person because the highly motivated may still get a boost from real-time feedback. They say Jakicic’s research goes a long way toward picking out who might benefit from counting steps.

But for now, standard weight loss programs still need to do the heavy lifting.

Editor’s note: This story was updated to include a response and internal data from Fitbit.