Babies born near hydraulic fracking sites are more likely to be underweight, according to one of the largest studies ever conducted into how the fossil fuel extraction technique actually affects our health.

The study, published Wednesday in Science Advances, found Pennsylvanian children born within 1 kilometer (0.62 miles) of a fracking site were 25 percent more likely to experience low birth weight. That risk decreases the farther away a child is born. Low birth weight, defined as being born under 5.5 pounds, has previously been linked with an increased risk of childhood mortality and poorer educational outcomes.

While the results could influence local policy surrounding the zoning of fracking sites, they fall short of pinpointing exactly what’s causing low birth weight in these areas. Here’s what we know.

What the study explored: The study, conducted by a trio of economists, combed through Pennsylvania state records of 1.1 million children born between 2004 and 2013, which included not only health information like birth weight but also personal data like home addresses. The team compared these addresses to the locations of 7,700 fracking wells, the majority of which were dug after 2009.

This dataset not only allowed the team to assess how birth weights changed before and after fracking took place, but also how they varied geographically. The team also accounted for some parental characteristics that influence birth weight, such as the mother’s race, her education and her marital status. Paternal data wasn’t included in the main analysis because fathers were not always present at birth. 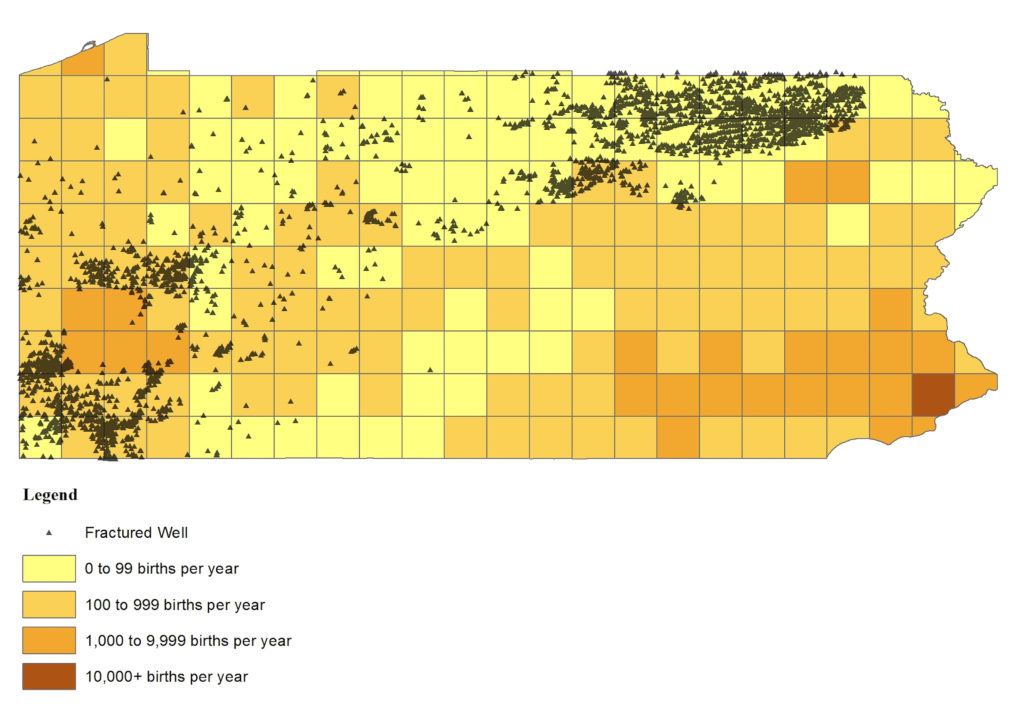 But the team did attempt to partially control for genetic variables by looking at pairs of siblings, particularly in situations in which one child was born near a fracking site and the other farther away.

What the study found: “What is really striking is how localized those impacts are,” said Michael Greenstone, director of the Energy Policy Institute at the University of Chicago, who co-led the study. “We find a 25 percent increase in the incidence of low birth weight within 1 kilometer. From 1 to 3 kilometers [1.8 miles], we find a smaller effect. And then after 3 kilometers, we were unable to detect an impact.”

The team also developed an index that measured health indicators, such as prematurity and congenital abnormalities, for infants in the study. Using these metrics (almost like a stock market), they noticed a small but statistically significant decline in the overall health of babies born closer to fracking sites.

“As the authors point out, that is the major limitation of study,” said Susan Nagel, a reproductive and perinatal research at the University of Missouri, who wasn’t involved in the study. “They are inferring exposure from proximity.”

Hydraulic fracturing pumps a cocktail of water and chemicals into the ground. The pressure fractures shale rock, which releases oil, natural gas and wastewater back to the surface. This wastewater is stored temporarily in storage containers, before typically being deposited back underground in sealed storage wells.

Surface-level spills of fracking fluids and wastewater are common, Nagel said, “and certainly the wastewater seems to be the issue when you’re talking about water impacts.” She cited past instances of spills into surface water, such as in Colorado and West Virginia.

But there is “absolutely air pollution related to fracking” too, said Nagel, whose lab published a systematic review of the connection between oil and natural gas extraction and human reproduction in 2016. Greenstone said the team’s best guess for the possible cause, based on the evidence, is local air pollution, maybe from diesel generators or trucks carrying the crew.” 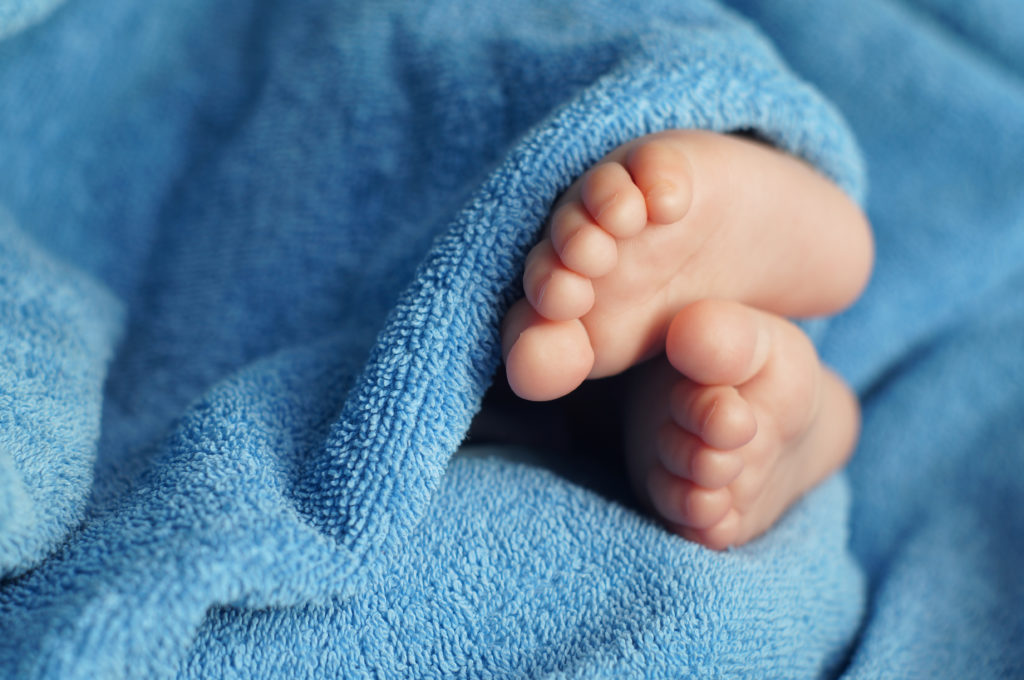 The reproductive dangers of older oil and gas activities — including preterm births, miscarriages and birth defects — are well-documented. Photo by yfcnz1799/via Adobe

Much remains unknown about the health impacts of fracking, Nagel said, due to relative “newness” of the procedure and the extensive time required for human studies.

The reproductive dangers of older oil and gas activities — such as preterm births, miscarriages and birth defects — are well-documented. And Nagel said these new findings mirror prior research in Pennsylvania. Together, the similarities between the two studies — both found reductions in birth weight due to fracking — suggest a pattern. But to determine exactly what moms are exposed to and the relationship between that and newborn health, future research needs to focus on direct measurements, she said, perhaps by taking urine samples during pregnancy.

“Hydraulic fracturing is the biggest innovation in the energy sector in the last half century. It’s produced lots of benefits for the nation and the world. But those benefits are widely dispersed,” Greenstone said. “It has also had a very large impact communities where hydraulic fracturing takes place. Ultimately, whether or not the world or the United States will be able to access these resources is going to depend on what local communities decide.”

Left: Living near a hydraulic fracking site increases an infant’s chances of being born undersized, according to one of the largest studies ever conducted into the health consequences of the fossil fuel extraction technique. Photo by grandriver/via Getty Images