What makes breast milk nutritious? The secret may be in a baby’s gut

Three new studies released today dig deeper into what makes breast milk nutritious, revealing that part of the secret actually comes from inside an infant. Special sugars in breast milk and certain microbes in a young person’s gut form a tag team that spur the normal growth of a baby.

In the future, these ingredients — both in milk and human tummies — could help craft better formula and baby care for the millions of mothers who can’t use their own breast milk or are living in countries with poor nutrition. Malnutrition leads to 3.1 million deaths in kids under five per year, accounting for nearly half the childhood deaths experienced worldwide. 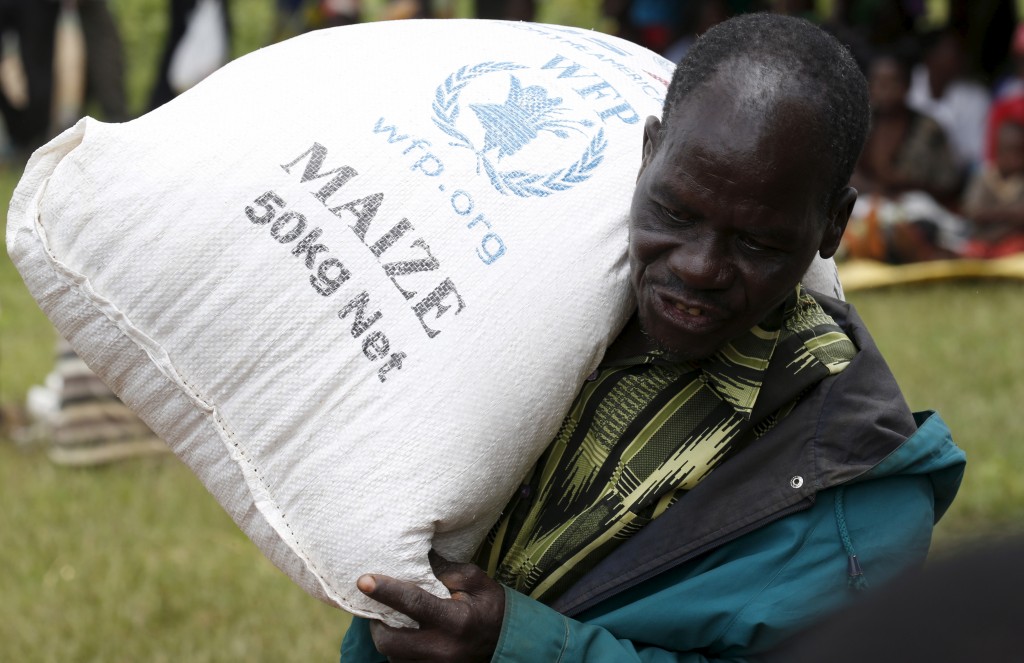 A Malawian man carries food aid distributed by the United Nations World Food Progamme (WFP) in Mzumazi village near the capital Lilongwe. A prototypical Malawi diet consists of corn, legumes, vegetables, and fruit, which is insufficient for healthy growth on its own. Photo by Mike Hutchings/REUTERS

The study began in Malawi, where nearly 50 percent of children under five show some form of stunted growth. By taking fecal samples from healthy and malnourished six-month-olds, biologist Jeffrey Gordon and his colleagues noticed a pattern in Malawi children. As the kids aged, these microbial communities in their guts appeared to take divergent paths.

“When we think about human development, people tend to consider our human cells and organs, but should we also consider the vast communities of microbes that colonize us beginning at birth?” said Gordon, who works at Washington University in St. Louis. “We decided to focus our attention on this large collection of gut microorganisms that form an organ, a microbial organ.”

Their team found that these malnourished children fail to develop this microbial organ in a timely fashion. As they grow up, malnourished children develop microbial communities in their guts with less diversity, which Gordon described as being “immature.” These results mirrored a similar study reported two years ago by Gordon and other partners that involved children from Bangladesh, suggesting the trend might be a global consequence of malnutrition.

To examine what an immature gut could do to growth, the researchers transferred the gut microbes of healthy and malnourished human children into young mice. The team discovered that mice with malnourished microbes became stunted. These mice ultimately weighed less and grew less lean body mass compared to mice with well-fed germs from humans. This contrast surfaced even as both groups of mice ate a traditional Malawi-style diet of corn, legumes, vegetables, and fruit, which, on its own, would not produce healthy growth.

In a cool twist, housing a healthy mouse with an undernourished mouse permitted the transfer of microbes to the latter, and instead of growing up to be stunted, the recipient grew normally. These findings were published in Science Magazine, and accompanied a second study in the same journal, that identified two species of microbes — Ruminococcus gnavus and Clostridium symbiosum — that could replicate this effect and repair stunted growth on their own.

But how do these beneficial gut microbes get established in the first place? For an answer, the researchers turned to breast milk. 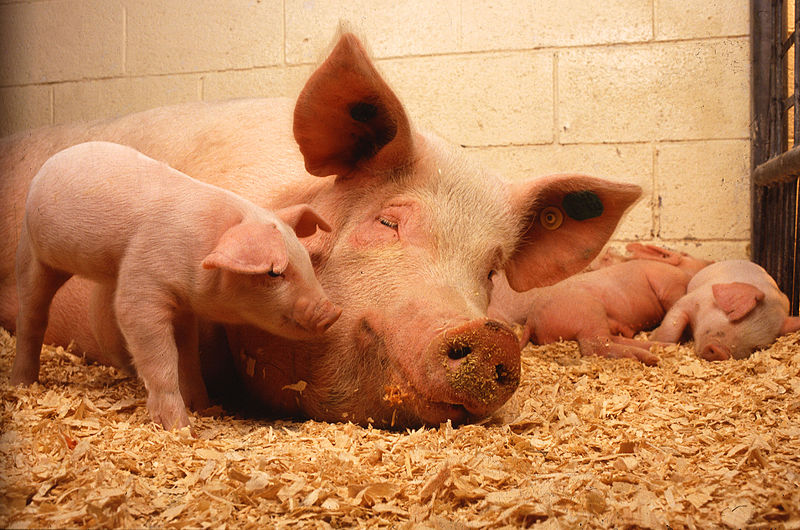 “Human breast milk is the most perfect food we know. So we asked a relatively straightforward question: Is there something different in the breast milk of mothers that healthy children versus breast milk from mothers whose children had malnutrition,” Gordon said.

Breast milk is “perfect” because it carries buckets of nutrients as well as microbes crucial to developing immune system, but the researchers found that well-nourished Malawian moms produce milk with more sugar relative to malnourished moms. Moreover, most of these sugar compounds had a special chemical attachment called sialic acid that is naturally found in breast milk.

To test how these sugars influence microbes, the team turned to mice again but also piglets. Once more, they installed the microbial communities from healthy and malnourished Malawian children into these animal models. These mice or piglets were then served one of two diets: the standard, somewhat paltry Malawian diet or that plus these breast milk sugars with sialic acid.

Animals fed sugars with sialic acid exhibited major increases in growth, including improvements in bone volume and lean body mass, compared with those fed a standard diet. The metabolic engines in their liver, muscle and brain improved too, suggesting their bodies saw a global change in their ability to harness nutrients. 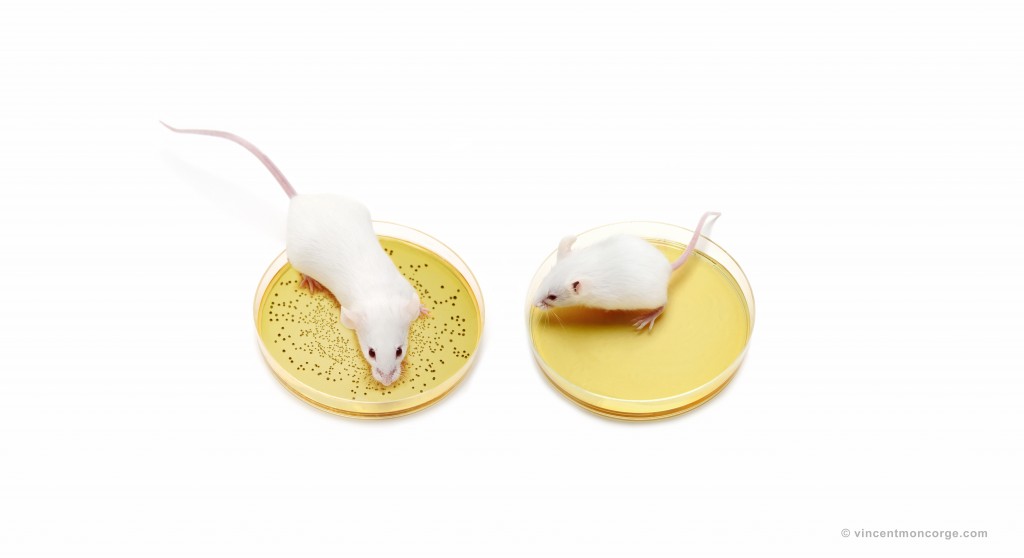 These effects depend upon the microbes, Gordon said, because the team did another experiment where they administered the same diet, with or without the milk sugars, to mice without a human gut community. Without human microbes, these mice didn’t witness growth improvements when fed sugars with sialic acid.

The study also found two strains of bacteria that feed off sugars with sialic acid and may be responsible for the associated growth benefits. Collectively, these findings in humans, mice and piglets were published in the journal Cell.

But parents shouldn’t rush out to buy sugars with sialic acid for their baby formula, Gordon said. For one thing, these sugars are hard to find. Cow’s milk, for instance, has 20 times less sugar with sialic acid relative to human breast milk.

Future research needs to make sure that only the beneficial microbes are enriched as a result of sugar supplementation, Gordon said. It’s possible that disease-causing germs in the gut can catch a boost too from extra sugar.

“We’re going to have to be very, very careful in understanding who is there in this [microbial] community, who could benefit, who could do some harm if these things are around,” Gordon said.

Plus, based on this study, it’s crucial that a child have the right set of microbes in their tummies, otherwise sugars with sialic acid won’t change outcomes.

“We have a signature that now allows us to define the state of maturity of this microbial organ [in children],” Gordon said. “We can now envision food-based interventions that can be developed under highly controlled conditions that may be targeted towards these very important elements of our microbial community.”

Left: Bottles of breast milk are seen at a hospital in Medellin, Colombia. Volunteers supply the hospital's milk bank, to offer a more nutritious alternative for children whose mothers are not able to provide them with breast milk. Photo by Fredy Builes/Reuters