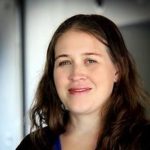 The environmental tragedy in Flint, Michigan, in which drinking water contaminated with lead raised fears of potential health effects for exposed children, revealed the failure of a regulatory system to protect residents from lead exposure.

Until 2015 the Exide Technologies lead-acid battery smelter, in southeast Los Angeles County, California, recycled approximately 11 million lead acid batteries per year while operating on temporary state permits. This violated multiple federal environmental regulations and exposed over 100,000 residents to lead and other toxic metals. The result was large-scale environmental disaster with lead contamination of the air and soil in largely Latino communities.

As an environmental scientist and epidemiologist, I sought to understand lead pollution in children growing up in this area. For my research I collaborated with local community organizations and relied on an archive of biological samples that families often save: baby teeth.

Measuring historic exposure at toxic waste sites is often one of the most challenging aspects to understanding and anticipating future health impacts. Blood levels reflect exposure only from the past four weeks. But past exposure may be important indicators of harm.

Deciduous teeth, or “baby teeth,” incorporate minerals, including toxic metals, beginning in around the second trimester and continuing through early childhood. The formation of teeth occurs incrementally, like tree rings, so it is possible to reconstruct a child’s exposure to lead while in the womb and during the first year of life.

A initiative called the Truth Fairy Project aimed to address this. Academics collaborated with the community living in southeast Los Angeles County to examine 50 shed deciduous teeth from 43 children living their entire lives within two miles of the Exide smelter.

We continue to collaborate with the community to work toward prevention of lead exposure and cleanup of the contaminated soil. 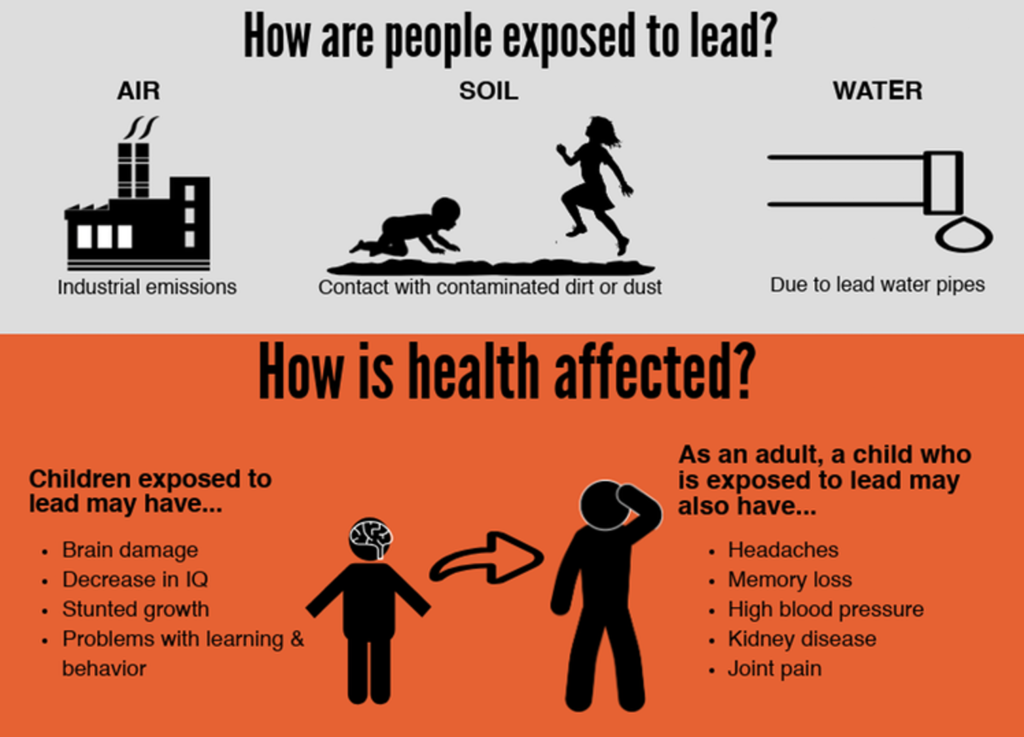 Compelling scientific evidence concludes that there is no safe threshold of childhood lead exposure.

Lead (Pb) is a toxic metal that can cause damage to almost all organs and organ systems. Cognitive deficits and neurodevelopmental delays are associated with even very low levels of Pb exposure.

Lead poisoning persists nationwide, with over 500,000 children still burdened by elevated blood lead levels (>5 microgram per deciliter, ug/dL) as of 2016. Outdated regulations for lead have failed to protect children’s health. 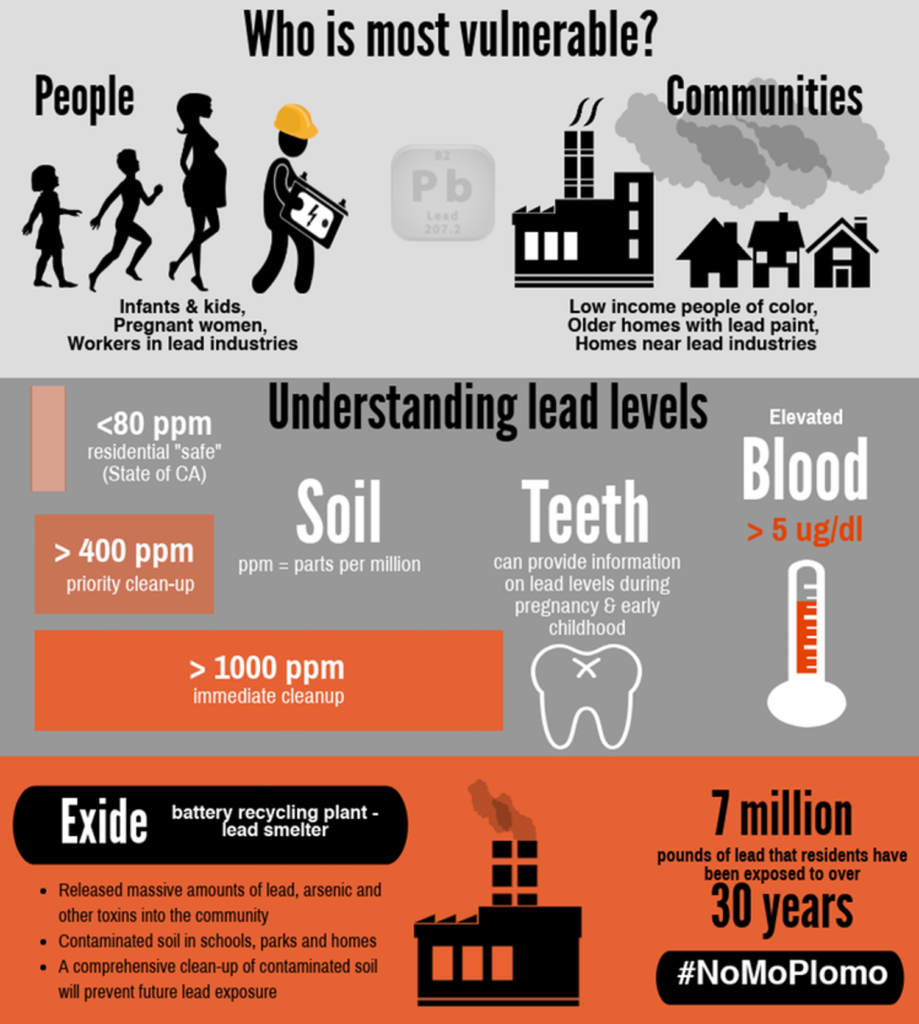 Despite marked reductions in the use of lead in gasoline additives, ambient air emissions from lead-smelting operations remain high in neighboring communities. The U.S. is second only to China as a producer of refined lead, producing about 11% of the world’s refined lead through recycling lead-acid batteries at smelters. The tonnage of lead-acid batteries recycled in U.S. smelter facilities has more than doubled over the last 40 years, as the industry has rapidly consolidated production to a handful of facilities. Currently, a few urban communities in the U.S. bear the majority of pollution from recycling lead-acid batteries.

The Truth Fairy project provides further evidence that environmental injustice can be transmitted from mother to child via lead pollution. This burden is disproportionately borne by disadvantaged communities.

However, lead exposure in children is preventable. The most effective way to prevent lead poisoning involves reducing exposure through the identification and control of lead sources in in air, water, dust, soil and paint – before exposure occurs.

Today, however, agencies by and large focus on secondary prevention, investigating causes of elevated blood lead levels only after individuals have suffered exposure. This leaves major gaps in the US public health system for lead exposure prevention, particularly with respect to low-income and communities of color.

Jill Johnston is an assistant professor of preventive medicine at the University of Southern California. Johnston receives funding from NIH/NIEHS.