Before the bubonic plague wrecked Europe, it was way less contagious

You may know the bubonic plague — an infection caused by Yersinia pestis bacteria — by its medieval name: The Black Death. But thousands of years before this pestilence wiped out 30 to 50 percent of the European population in the 1300s, it potentially circulated among humans as a harmless microbe, according to a study published Thursday in the journal Cell.

The new findings argue that the plague infected humans as early as the Bronze age, nearly 3,300 years before historical records began charting the disease. Researchers made this discovery by examining ancient DNA in human teeth from Asia and Europe. In total, they looked at dental samples from 101 people who lived from 2,800 to 5,000 years ago.

They found the DNA of Yersinia pestis bacteria in seven individuals, the oldest of which walked the earth around 2794 B.C. Until now, the earliest known DNA sample of this bacteria dated to the sixth century Plague of Justinian. 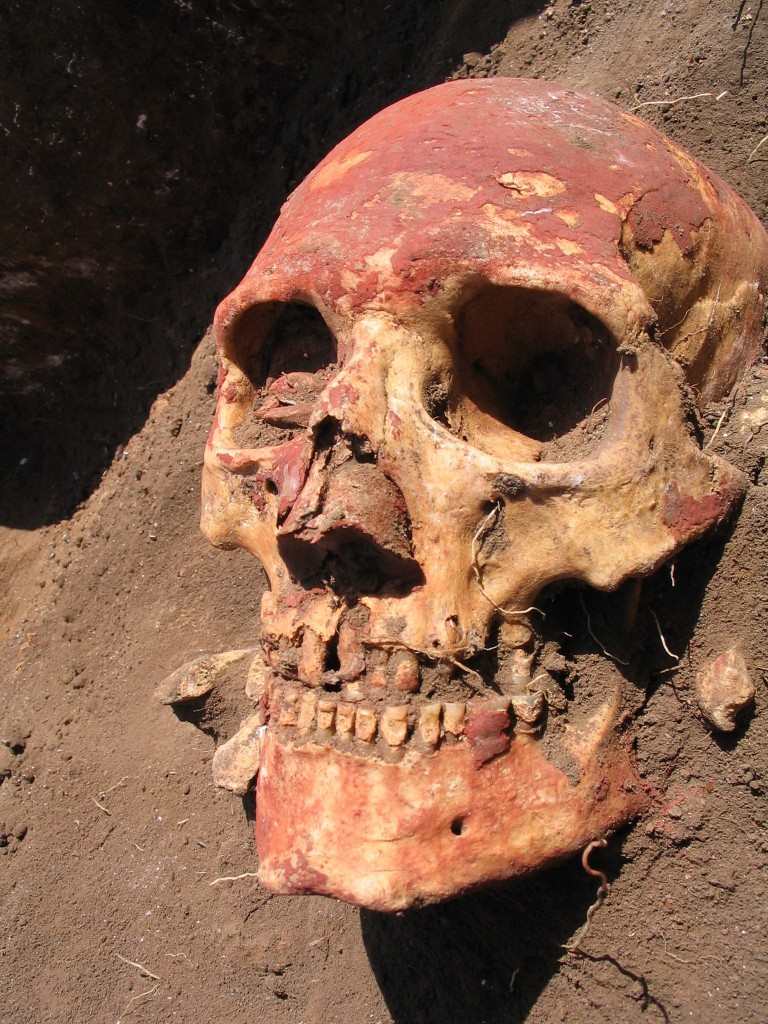 The photo shows a Bronze Age human skull from the Yamnaya culture painted with red ochre. Yamnaya later developed into the Afanasievo culture of Central Asia, one of the cultures that carried the early strains of Yersinia pestis a.k.a. the plague. Photo by Rasmussen et al., Cell, 2015.

By comparing this ancient strain of plague with younger specimens, the team was able to build a timeline of the bacteria’s evolution. They learned that the Bronze Age plague didn’t possess a gene called Yersinia murine toxin, which allows the disease to replicate in fleas and ultimately spread like wildfire. However, Yersinia murine toxin does appear in an Iron Age sample, suggesting the bacteria began using fleas as transportation approximately 3,700 and 3,000 years ago.

Based on this evolutionary analysis, two of the oldest Bronze Age Y. pestis bacteria also produced a protein called flagellin. This proteins makes it easier for the human immune system to spot an infection. In later versions of the germ, flagellin is mutated, allowing the bacteria to escape detection in humans.

These findings suggest that the plague wasn’t always such a bad bugger. For more, check out this article in Smithsonian Magazine.

Left: Scene from "The plague in Marseilles in 1721" by Michel Serre. The Great Plague of Marseilles was the last large-scale European outbreak of the disease. Photo by DEA / G. DAGLI ORTI/via Getty Images