Scores of birds are dying due to collisions with the new U.S. Bank Stadium in Minneapolis, Minnesota, according to a new report from the Audubon Society. The finding supports previous claims that the building is dangerous to birds because of its reflective glass facade.

The survey started last autumn when Jerry Bahls, president of the Audubon Chapter of Minneapolis, and other volunteers began walking the stadium’s perimeter to search for injured or dead migratory birds. The volunteers collected close-up photos of 74 birds — 60 dead and 14 “stunned” or injured from 21 species — and documented the locations where the birds were found.

By comparison, the previous average death rate for a single building in Minneapolis during a fall migration was 42 birds, according to the report.

“It just confirms what we’ve been saying, that birds will die there and the numbers are pretty substantial,” Bahls said. After accounting for regular removal of birds by the facility’s maintenance and security staff, the Audubon team now projects 500 deaths over three years for the stadium, which would be double the previous high for a single building within the city limits.

The Audubon Society and local conservation groups raised concerns about the building as early as 2014 because of the glass exterior, which can reflect large portions of the sky or vegetation. This reflection tricks birds into flying into the glass. An estimated 365 million to 988 million birds die each year from building collisions in America, according to a 2014 study by the Smithsonian Migratory Bird Center and U.S. Fish and Wildlife. 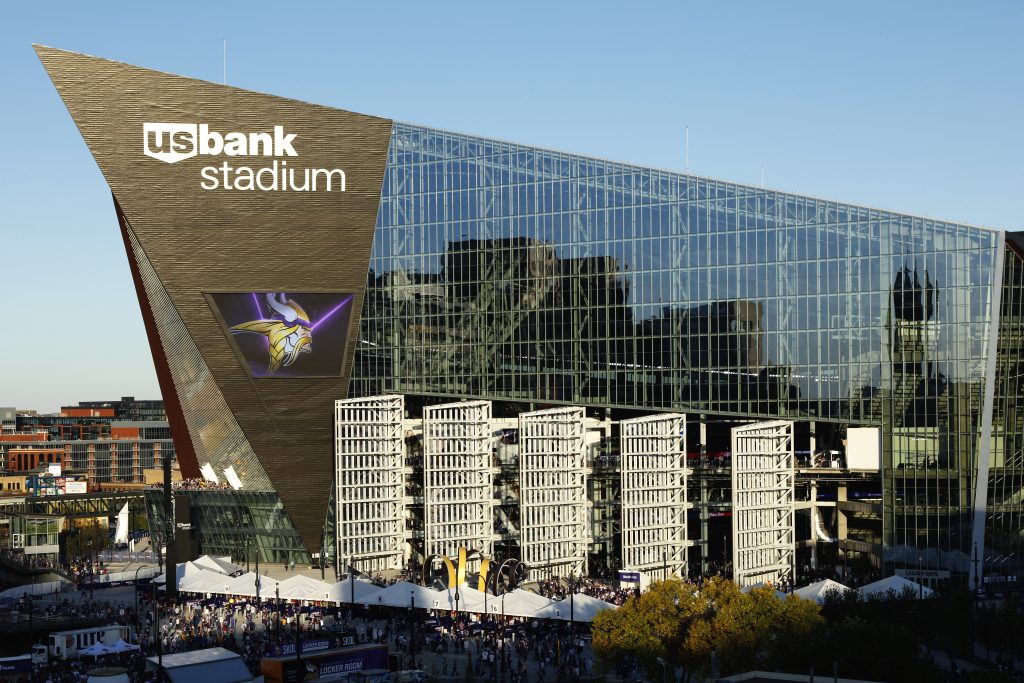 General view of the stadium exterior prior to the game between the New York Giants and Minnesota Vikings on October 3, 2016 at U.S. Bank Stadium in Minneapolis, Minnesota. Photo by Joe Robbins/Getty Images

The U.S. Bank Stadium presents a unique risk because it lies in the wake of the Mississippi Flyway, a large migration route for birds across the globe. The Minnesota Department of Natural Resources asked the Minnesota Sports Facilities Authority to consider “bird-friendly designs that would help reduce the potential for a bird collision to occur.”

“Hundreds of millions of dollars of public money is going to build this stadium, and we know the people of Minnesota do not want their money killing birds,” Audubon Minnesota executive director Matthew Anderson said in a 2014 statement. 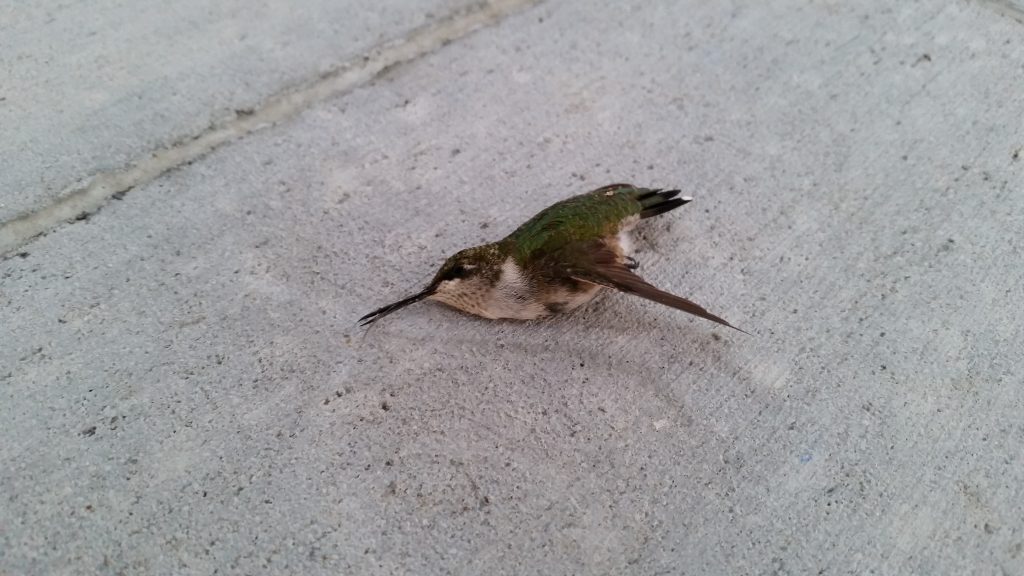 “Regarding Audubon Minnesota’s involvement with The Vikings and MSFA, we continue to work on a feasible monitoring plan for U.S. Bank Stadium,” Ashley Peters, communications manager for Audubon Minnesota, said in an email to the NewsHour. “These efforts have been positive and collaborative and we will have more information when the study is finalized in 2019.”

Bahls’ volunteer-based report is separate from a study announced in July 2016 by Audubon Minnesota, Vikings Football, LLC and Minnesota Sports Facility Authority. Those result are scheduled for release in 2019. But Bahls hopes both reports will fuel the U.S. Fish and Wildlife Service to take a stance on construction projects that knowingly build features with adverse effects to birds and other wildlife.