Budget Showdown: What’s In the Obama and Ryan Plans?

Editor’s Note: This week President Obama has been crisscrossing the country, selling his budget plan to the American people. Meanwhile, Republican Representative Paul Ryan has been pitching his budget proposal to constituents in Wisconsin.

We wanted to take a step back from the rhetoric for a look at what’s in the competing plans.

For help we called budget watcher Maya MacGuineas, President of the Committee for a Responsible Federal Budget and Director of the Fiscal Policy Program at the New America Foundation, a nonpartisan think tank.

We should note that MacGuineas has long stressed the importance of reducing the deficit.

What is the Ryan plan?

The Ryan plan generates significant savings over the coming decade- about $4 trillion. It pushes discretionary spending back to 2006 levels and slows the growth of it. It also makes significant cuts of mandatory spending, including major restructuring of how Medicare and Medicaid are operated.

What is the Obama plan?

It’s probably right to say it’s more of a framework, compared to the Ryan plan. His plan only gives rough outlines. He already had his budget, but it was not taken very seriously. Obama certainly recognized that he had to put forth a more serious approach, so he came out with this second approach.

The Obama framework doesn’t generate as much in savings as Ryan’s plan would. It reduces some spending on defense, reduces domestic discretionary spending more gradually than the Ryan plan would. Neither makes specific changes on Social Security. Obama’s framework includes fewer structural reforms. And it would raise more revenue than the Ryan budget, which is revenue neutral.

All plans are talking about cutting out tax expenditures. Obama’s would use more of that to raise revenues, while Ryan would use that to lower rates- so he would have revenue neutral tax reform. 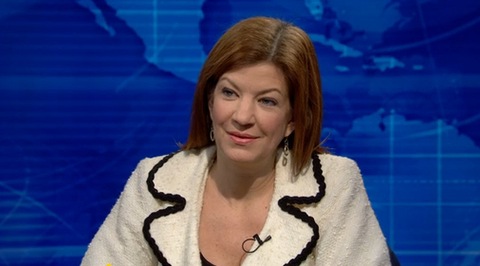 Maya MacGuineas talked about the deficit plan and spending priorities on the PBS NewsHour in late 2010.

How much does the Ryan plan save?

About $4 trillion over 10 years, including restructuring health care.

How much does the Obama plan save?

Over 10 years, our estimate looks like it’s close to about $2.5 trillion, and reaches about $4 trillion over 12 years. Many of the savings come at the end of the standard 10 year window.

How realistic is it that each will be passed?

These are just starting points. Nothing is going to be passed in its existing form. Both plans will end up contributing to whatever ends up being adopted.

Ryan’s budget plan to restructure the entitlement programs has been controversial. What exactly does he want to do and what problems have people had with it?

For Medicaid, Ryan’s plan blocks sending a set amount of money to the states to pay for it. For Medicare his system proposes block grants that would let individuals buy insurance policies and the government would help subsidize the cost. The concern is the block grants would grow very, very slowly — much slower than health care costs are predicted to grow. This would leave individuals sharing too great a cost of their health care or getting less health coverage. But the argument in favor of the plan is it would create more price sensitivity for either states or individuals, and hopefully this would help control costs.

He’d also have a lot of reductions in some of the other mandatory programs, including those to [aid] the poor. There’s a difference in opinion as to whether that’s where the cuts should be or not.

The two toughest areas are how to reform mandatory entitlements so they’re not growing faster than the rest of the budget, and how to pay for them. There’s no easy answer on either side.

As far as other large entitlements, Social Security would also be included, but neither plan decided to get into the details of Social Security reform — it’s a difficult political battle and I think everybody’s trying to wait for the other guy to go first.

What are some other criticisms out there of these plans?

For Ryan’s plan, on the policy front, there are people who would rather do more on the tax side of the budget. There are concerns that it goes so significantly after programs for the poor and would restructure health care programs. So responsibility falls more on individuals. On the political side, it doesn’t lend itself to political compromise.

Criticisms of the Obama plan are that it’s too little too late, that it doesn’t save enough, that it’s sort of a budget do-over. How come his first budget plan didn’t address some of these issues that are in the new plan? And mainly that it does not have the needed level of detail.

Both plans have an awful lot to offer. Just by the nature of negotiation, there will have to be a combination [in what gets passed]. Both are serious approaches and lend themselves to a solid compromise package.

Click here for a graphic from the New York Times, comparing the budget plans put forth by President Obama and Rep. Paul Ryan, R-Wis.