It may look unusual, but this greenhouse is actually green

When environmental chemist David Stone decided to build a “green” greenhouse for his wife, he chose a material he’d invented, an environmentally friendly substitute for cement he calls Ferrock.

For a greenhouse, it’s fairly large, measuring 16 feet by 8 feet by 10 feet. It’s the first and only full structure with a roof and walls that Stone has built so far with his new material.

Monday on the NewsHour, we examine Stone’s discovery, an innovative alternative to a product — cement — that accounts for 5 percent of the world’s carbon dioxide emissions. 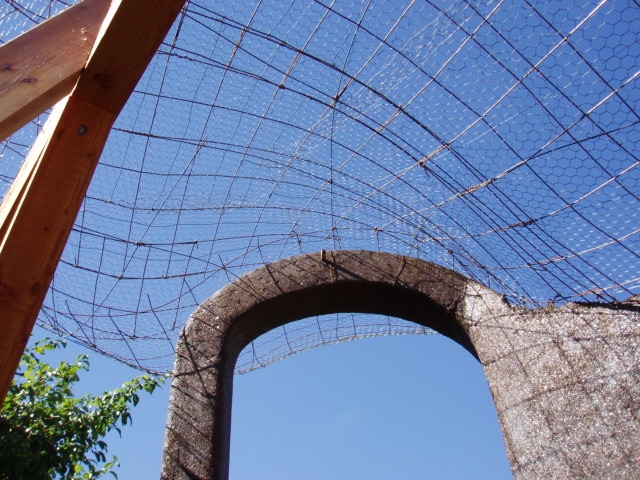 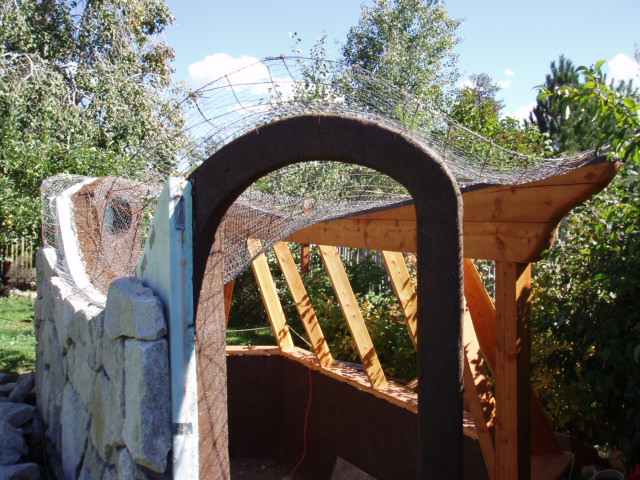 Then, he filled in by hand with Ferrock troweling the walls 8 inches thick. Separate wire tubes allowed him to pipe in carbon dioxide. At first, he used pure, compressed CO2 in tanks but that was expensive. He turned to exhaust from a small combustion engine. That, said Stone, showed “exhaust from an engine or any combustion source like a cement kiln or a coal-burning power plant could also be used” making larger-scale operations possible. 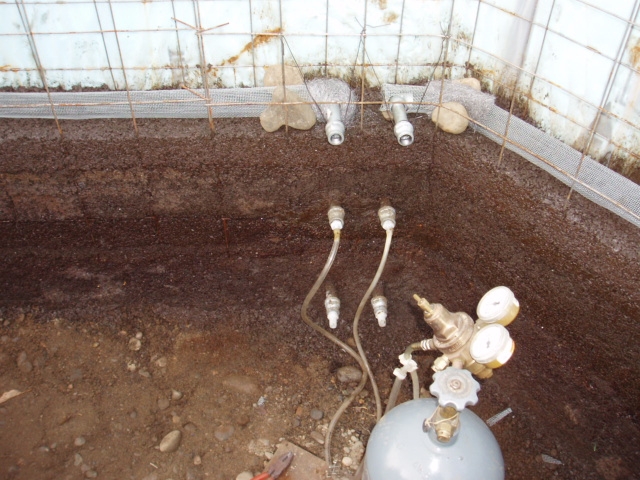 The roof is a thin shell structure, just 1.5 inches thick, but it’s reinforced with steel and wire making it very strong. Eventually, it will be covered and will support shallow rooted plants, yet another environmental feature. 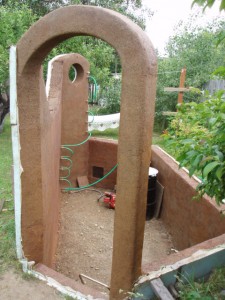 His greenhouse is buried into the ground and never gets below freezing. In fact the temperature hovers around 60 degrees Fahrenheit all winter, even though the building is near the Canadian border, in a small town in the northern part of Washington state.

Sunlight enters through windows on the south side allowing Stone to capture light in the early morning and late afternoon. He gets a head start on his garden, sometimes planting seeds as early as March. 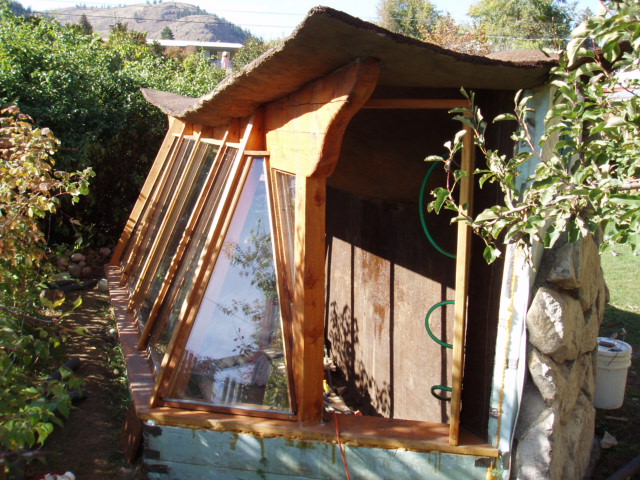 Stone said the greenhouse “remains the biggest, most complicated and most successful thing” he’s built so far. He hopes the technology will one day have potential for commercial uses.

In the meantime, his wife has a very unusual greenhouse. 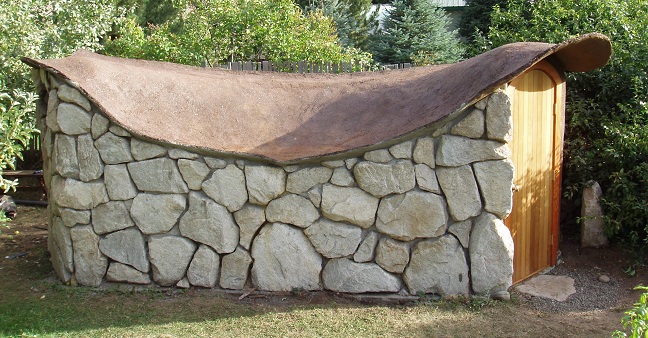