Winter ice deposits that form on top of Arctic rivers and provide crucial water for ecosystems in the summer are melting far earlier with each successive year.

These arctic river icings, which can be up to 33 feet thick, multiple kilometers wide and stretch tens of kilometers in length, disappeared on average 26 days earlier in 2015 than they did in 2000, according to a study published recently in Geophysical Research Letters.

“The average trend in disappearance date is more than a day per year. That’s really fast. These changes are not subtle,” said Tamlin Pavelsky, a hydrologist at the University of North Carolina Chapel Hill and the study’s co-author.

Climate change research tends to focus on glaciers, which provide a continuous source of meltwater for rivers, at least until they disappear completely. Arctic river icings create less continuous and more fluctuating sources of meltwater, but cover a larger total area than glaciers do. 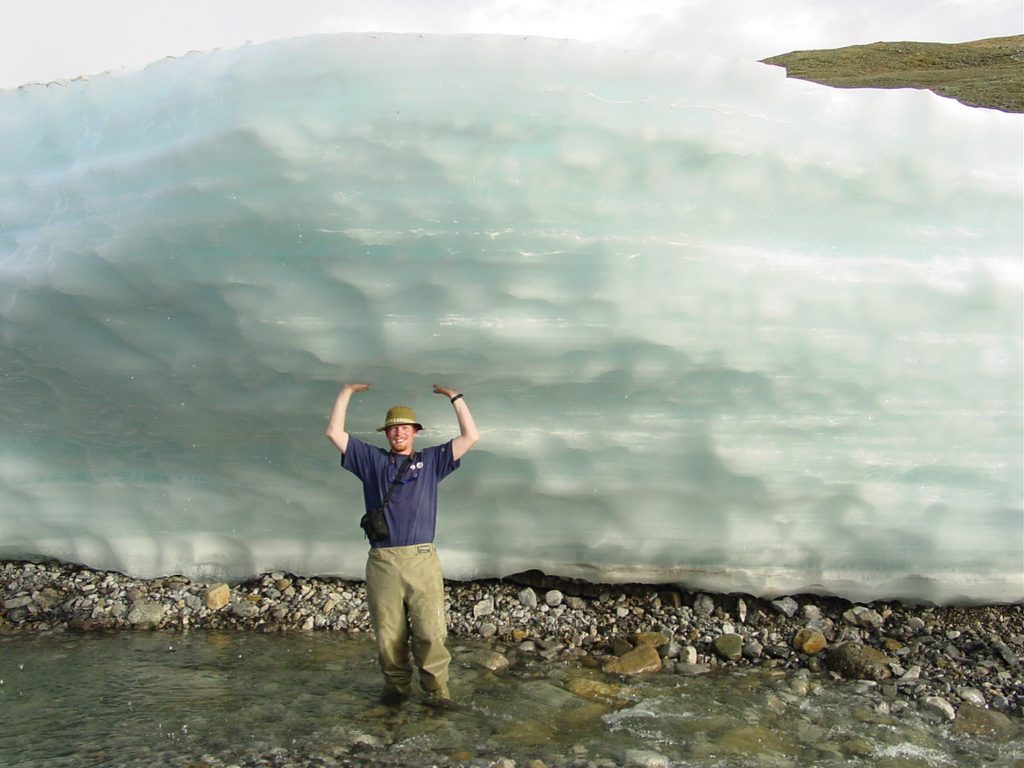 Environmental hydrologist Jay Zarnetske with his feet in an Arctic river and hands on the remnants of a river icing near Galbraith Lake in the Gates of the Arctic National Park and Preserve. Photo by William “Breck” Bowden

“Much of the Arctic, contrary to popular beliefs, does not have massive glaciers … much of the Arctic is a desert,” said Jay Zarnetske, Michigan State University environmental hydrologist and study co-author. “So these river icings can, in many places, be the largest above ground ice and water storage features.”

And as such, these icings often act as the sole source of meltwater for many rivers, including the Coleen and Kongakut rivers in Alaska and Canada’s Firth river. They also play important roles in the ecosystems that support these regions’ wildlife and flora — which means the change in melt rates have implications far beyond the rivers themselves.

Arctic river icings form when groundwater emerges from fissures in the permafrost during winter months or as flowing water is redirected upwards by ice dams and other physical barriers. The water flows over already frozen rivers and riverbanks, freezing on top of itself over and over again. The result is massive layered sheets of ice. That process is why scientists refer to river icings as “aufeis,” which is German for “ice on top.”

While the ice that forms directly above river water typically melts at the beginning of spring, aufeis can remain frozen throughout the entire year above the rushing current or along riverbanks.

Pavelsky and his colleagues used NASA satellite imagery to measure changes in surface area of the river icings over time. They found that in 2000 the “ephemeral” aufeis — or icings that melt completely each year — disappeared by mid-July. By 2015, these ephemeral icings dissipated by mid-June. None of the 147 observed icings melted later in the season or grew larger. 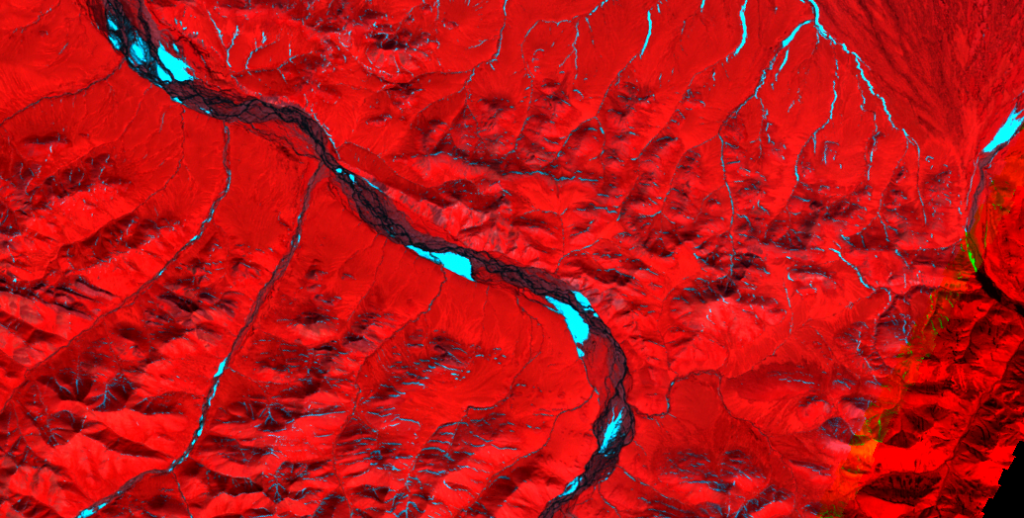 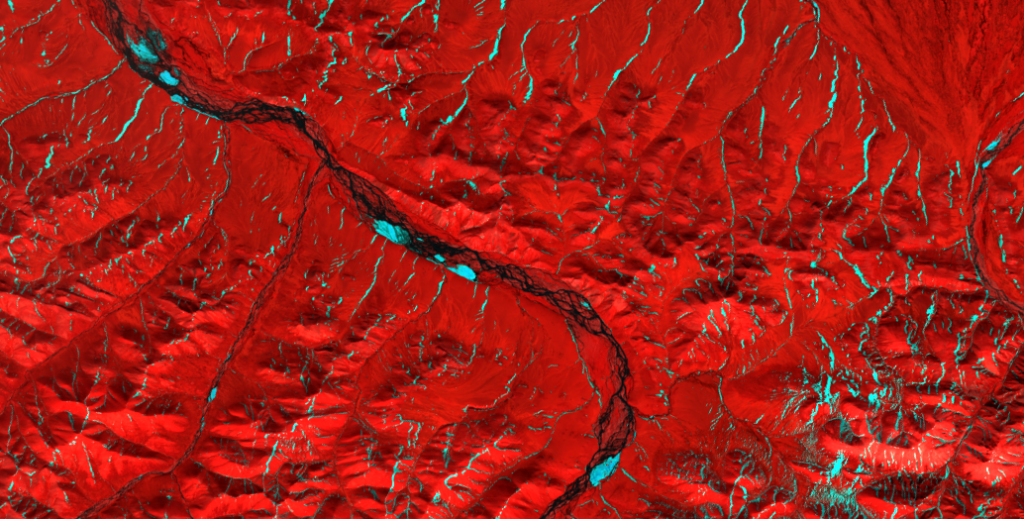 “A month may not sound like a lot, but when [the period that] nearly all arctic organisms are active – feeding and reproducing — is only about five months to start with, one month is about 20 percent of that biologically vital season,” Jay Zarnetske, Michigan State University environmental hydrologist and study co-author.

Here’s what losing one-fifth of a vital season might mean for the many river creatures of the Arctic.

Pavelsky noted the icings that persisted throughout the summers and into the following winters shrunk to smaller sizes than they had in past years. These rivers support ecosystems across the northern reaches, such as those in the Arctic National Wildlife Refuge.

“Essentially the whole floodplain is going to go through a period of adjustment as these icings decline or go away earlier in the season,“ said Ken Tape, an ecologist from the University of Alaska-Fairbanks who was not involved in the study. “You’ll start to lose habitat for species of fish, is the first thing.”

Plants and animals downstream of icings rely on continuous meltwater from river icings in the summer and the fall during periods of low river flow. Without this water, already shallow sub-channels in braided rivers could evaporate, leaving fish and other species isolated in pools doomed to dry up or separated from food sources.

“You’re most likely to get caught in a pool that gets disconnected if you’re [a fish] associated with these icing features,” said Michael Gooseff, a professor at the Institute of Arctic and Alpine Research who was not involved in the study. But Gooseff said more study is needed to identify which fish species might be at risk. 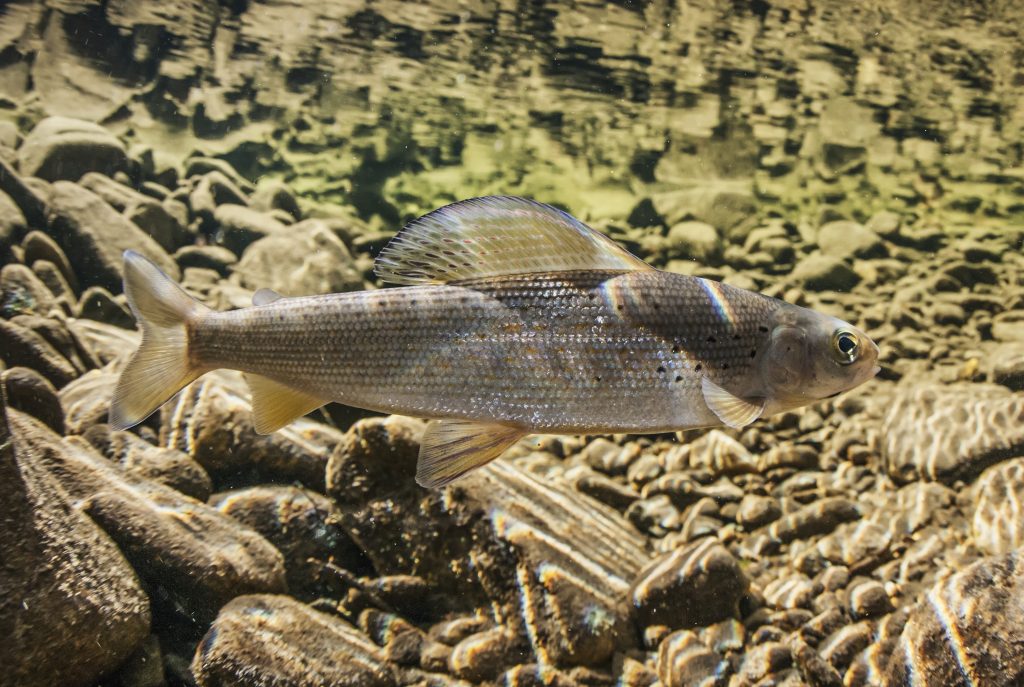 The Arctic grayling is one fish species that could be threatened, University of Connecticut ecologist Heidi Golden said. As river icings melt, they release cold water that can buffer and alter temperatures downstream. In particularly dry or warm summers, coldwater fish like the Arctic grayling seek refuge in and migrate through waters cooled by the river icings. If river icings disappear coldwater fish could have fewer comfortable streams to travel through, as they return to Arctic lakes after their long distance spawning migrations.

“If this were to occur, these migratory grayling populations might be at increased risk of local extinction due to changes in population dynamics,” Golden said. The graylings serve as food for other animals living near or in the lake. Lose the grayling, and those creatures lose a meal. But both Golden and Gooseff said more study is needed to identify how these fish and other species might be affected by the loss of river icings.

Rivers with glaciers at their headwaters may offer early clues.

A 2012 study found populations of freshwater insects in Alaska, the French Alps and the Ecuadorian Andes are declining as glaciers recede. The researchers predict 11 to 38 percent of these regional species could be lost if glaciers vanish, which would have untold ramifications for the ecosystem’s food chain. 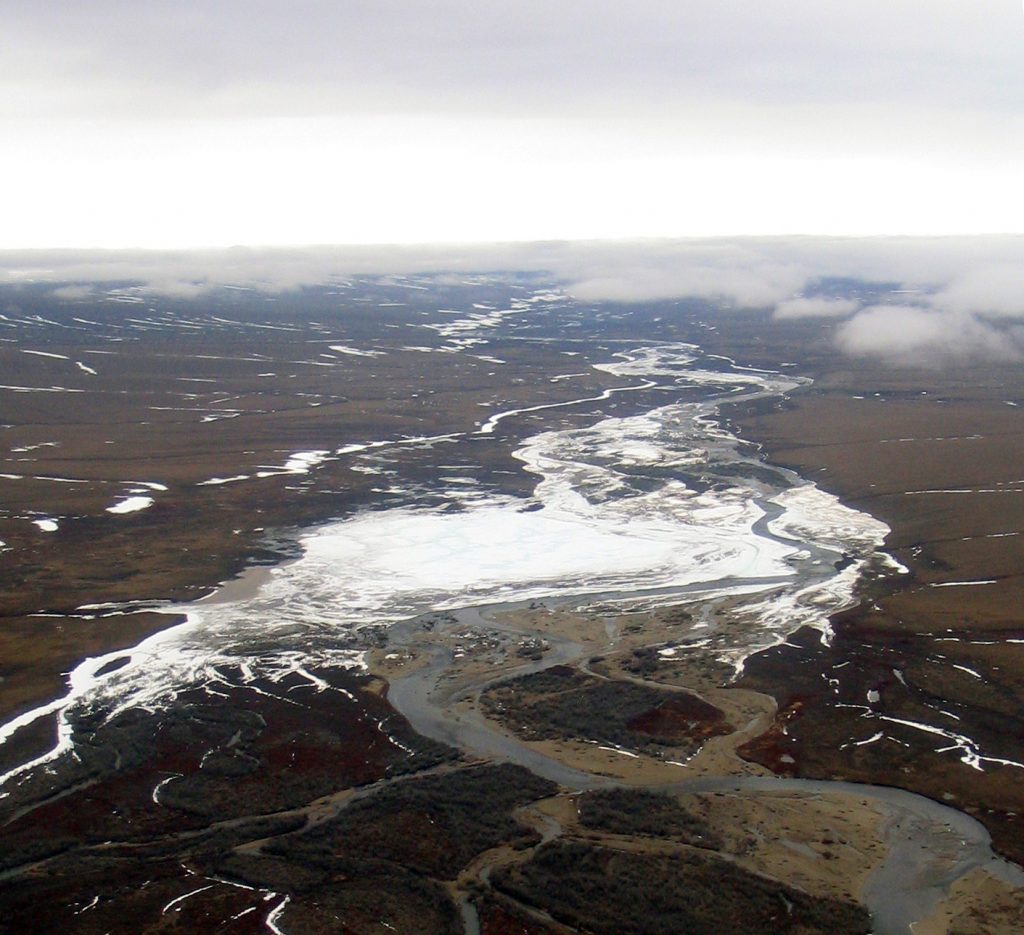 The aerial image (Kuparuk_Aufeis) is taken from a helicopter of a larger river icing on the Kuparuk River just north of the University of Alaska Fairbanks managed Toolik Field Station and the National Science Foundation supported Arctic Long Term Ecological Research site on the North Slope of Alaska. Photo by Jay Zarnetske

“The scientific community needs to do more work on the impacts of retreating glaciers and river icings individually before we’re ready to compare their impacts robustly,” Pavelsky said.

River icings can also serve as insulation, with the thick sheets keeping river temperatures warmer and making them more conducive for other invertebrates, such as stonefly and mayfly nymphs, which fish eat.

Researchers suspect climate change is shrinking the river icings, but they’re unclear as to why and how. One possibility is that temperatures are simply hotter in the summer, so the aufeis are melting faster.

Another explanation is these features aren’t forming as large as they used to, Pavelsky said, due to a change in how emerging groundwater from the permafrost interacts with surface water. Little is known about this interaction because the groundwater sources and and how the water flows deep beneath the permafrost remains a mystery.

“This just really points to how rapidly those environments are changing,” Pavelsky said. That matters, he said, for people interested in seeing natural habitats like the Arctic National Wildlife Refuge and to all the creatures in it.

Left: Arctic river icings or aufeis, which provide crucial water for ecosystems in the summer, are melting far earlier with each successive year, according to a new study. Photo by Peter Schmidt/via Wikimedia