China May Have New Shipping Shortcut Thanks to Melting Arctic Ice 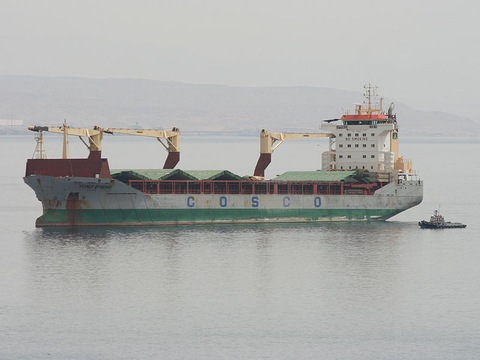 The Chinese commercial cargo ship Yong Sheng makes its way from east Asia to western Europe through the new northern “shortcut” above Russia. The Northeast Passage is made possible for a few weeks to months this summer due to melting Arctic sea ice. Photo via Wikimedia Commons.

When Europe-bound cargo ships leave the port of Dalian, China, the route is quite a study in geography. Southwest through the Pacific along China and Vietnam; west past Malaysia and India towards the Arabian Sea; northwest between Africa and the Middle East via the Red Sea; north through Egypt’s Suez Canal to head west into the Mediterranean Sea; north along the far west of Europe through the Atlantic ocean and finally calling at the Port of Rotterdam, Netherlands.

If pirates don’t get in the way, ships will need about 48 days, according to the Financial Times, to complete the 12,000 mile journey known as the southern sea route.

But last Monday, a Chinese ship set sail for western Europe using a previously-unavailable shortcut. The commercial cargo is heading north from Dalian along Japan and past Alaska through the Bering Straight, following the Northeast Passage as it chugs towards Europe through the melting Arctic sea ice above Russia. 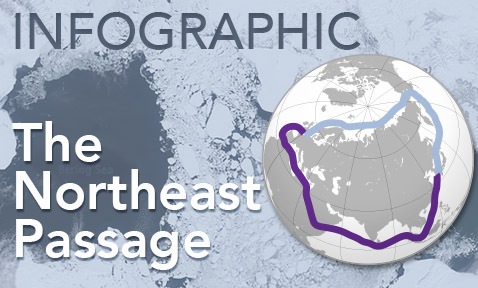 “Each summer we’ve lost more than half of the ice cover that we typically have,” said Ignatius Rigor of Washington University’s Polar Science Center, Applied Physics Laboratory. “We’ve also lost a lot of the thickness of sea ice, so taken together the total volume of sea ice is down to less than 40 percent of what it used to be.”

The NewsHour interviewed Rigor during a reporting expedition that included a stop in Barrow, Alaska — the ninth northernmost city in the world — for our continuing coverage of coping with climate change. We will have several upcoming reports, including the science behind melting sea ice and what it may mean for commerce.

The Yong Sheng is China’s first commercial ship to attempt the route. The Northeast Passage is estimated to be 40 percent shorter than the Suez Canal route. A trip from Shanghai to Rotterdam is estimated to be about seven days and 2,750 miles shorter. 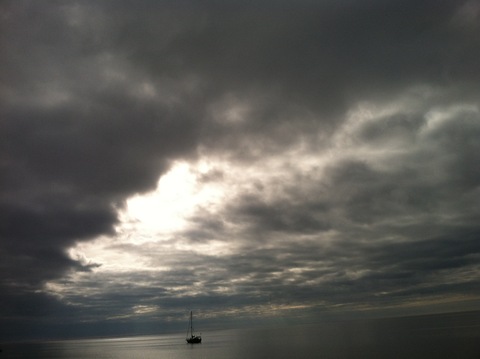 Ship traffic, including this sailboat in Barrow, Alaska, has become a more frequent sight in the Arctic. Photo by PBS NewsHour’s Mike Fritz.

The Northeast Passage (also known as the Northern Sea Route) isn’t completely viable yet. A short summer season with ice-free conditions for a matter of weeks would keep traffic volume low; many uncertainties remain about Arctic weather; navigation routes aren’t fully defined; there is currently a lack of infrastructure for search and rescue. Yet Reuters reports that experts are predicting the new route will produce as much as a 20 percent savings in cost compared to using the Suez, and that by 2030 a quarter of shipped cargo between Asia and Europe will use this route.