Without human-made climate change, U.S. forest fires would be half the size

Human-made climate change is, by its nature, difficult for the average person to witness. Even if you lived for a century, you may not physically notice two extra degrees of warmth or have the capacity to monitor sea-level rise as it creeps, inch by inch, up a beach. The margins are too small.

This truism, however, does not apply to wildfires, according to a new study from climate modelers at the University of Idaho and Columbia University’s Lamont–Doherty Earth Observatory (LDEO). The researchers found human-made — anthropogenic — climate change doubled the expansion of forest fires in the western United States over the last 31 years. The hardest-hit locations include places in the Pacific Northwest, such as the Cascade Mountains in eastern Oregon and eastern Washington, and the northern Rocky Mountain territories that cross Idaho, Montana and Wyoming.

So will the millennial era be remembered for when forest fires lost control? No, because it’s going to get worse — way worse.

“These are all areas where fires were especially influenced by climate change,” said Park Williams, an LDEO bioclimatologist and co-author of the report published today in PNAS. “Most things tend to be influenced pretty slowly by climate change. But forest fires are one of the systems on the planet that are showing a very strong effect.”

Here’s how Williams and his colleague John Abatzoglou measured this strong effect in the American West. Their analysis siphoned data from climate models for dryness and its ability to turn trees into tinder, which is known as fuel aridity. There’s no single silver bullet model, so they opted to use eight different metrics for fuel aridity that are commonly used by people who monitor fire danger.

Aside from the drier fire-prone conditions, every degree of warming increases lightning strikes in the U.S. by 12 percent.

“With every model, there is uncertainty. But that’s a pretty good fit given how messy fire data typically is,” said Mike Flannigan, a wildland fire expert at the University of Alberta who wasn’t involved with the study.

Next, the pair determined to what degree humans contributed to this increase in fuel aridity. They relied on the CMIP5 model, a project that assembles data from climate scientists across the globe. Each contributor uses their own climate models to run the same experiment, so the model can ultimately estimate how various factors — greenhouse gases, aerosols use or volcanic explosion — warm or cool the planet. 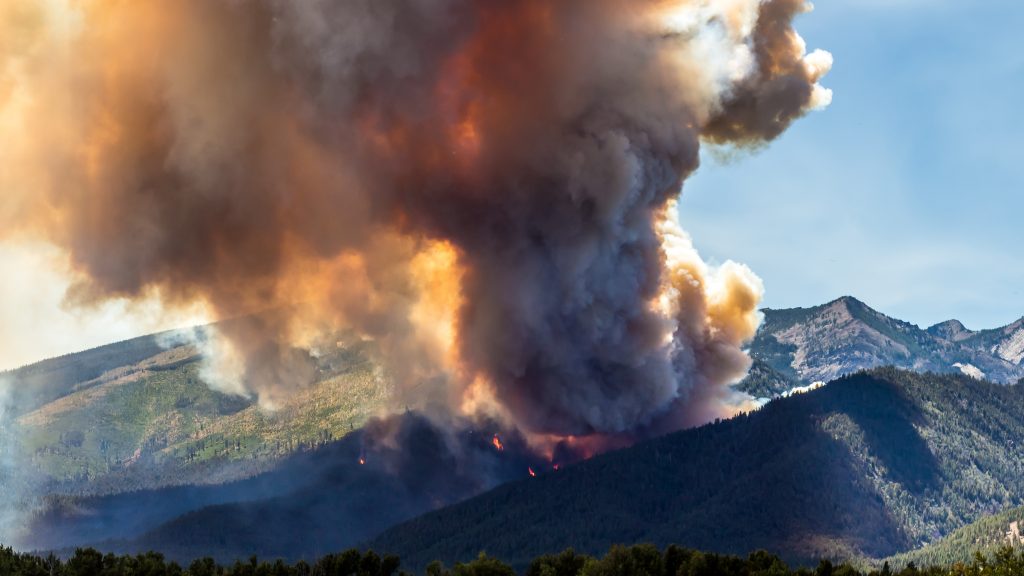 “These are very complex models, and they’re simulating the whole planet pretty comprehensively,” said Williams, which allowed the study to isolate the human contribution to global warming. “We could then go into a hypothetical world, where we say what if we didn’t have global climate change occur over the last century.”

The result, based on their estimates, would have been half as many fires in the western U.S. over the last three decades — from 1984 to 2015.

“I was surprised at how much these [fire danger] measures have increased in recent decades,” said Philip E. Dennison, a geographer at the University of Utah who has also observed an uptick of American West wildfires. “Although this research does confirm what I have been hearing anecdotally from firefighters. They tell me that stands of forest that would never have been susceptible to fire in the past now seem drier and more prone to fire.”

Can we fight these fires?

So will the millennial era be remembered for when forest fires lost control? No, because it’s going to get worse — like way worse.

Aside from the drier fire-prone conditions, every degree of warming increases lightning strikes in the U.S. by 12 percent. More lightning means more opportunities for wildfires. With increased fire, forests shift from sapping carbon from the atmosphere to becoming a greenhouse gas source, which may elevate global warming. Also, as the atmosphere warms, the air’s ability to hold moisture increases almost exponentially, Flanigan said, exacerbating fuel aridity.

As the climate continues to change and temperature and moisture patterns change, our management of natural resources such as forests will also need to change.

If precipitation increases, then it can compensate for this fuel dryness,” Flanigan said. “But in recent work, we found for every degree of warming, you need a 15 percent increase in precipitation for fire fuel moisture to stay the same. Almost none of the scenarios suggest that we’ll get those kinds of increases in precipitation.”

But Americans shouldn’t abandon hope because changes in fire management policy could prevent some losses.

“As the climate continues to change and temperature and moisture patterns change, our management of natural resources such as forests will also need to change,” Susan Jane Brown, an attorney and wildlife director at the Western Environmental Law Center. “In some places, we will need to carefully thin trees to release others so that they have enough moisture, light and resources to survive. We will also need to restore appropriate fire regimes, which means we will need to increase prescribed fire on many landscapes.” 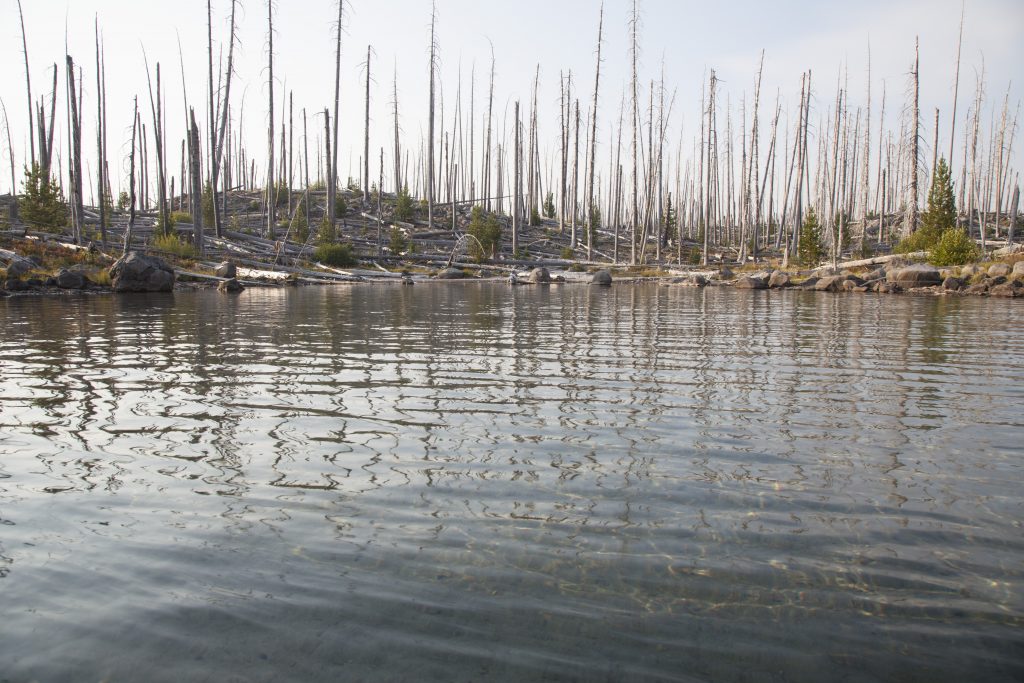 Over four days in 1996, the Charlton Butte Fire burned more than 10,400 acres of forest on the shore of Waldo Lake in Oregon. 19 years later, the forest begins to recover. Sky behind is obscured by smoke from the nearby National Creek Complex fire and others. Photo by Erin Ross

She continued that studies like these will help land managers, the public and elected officials determine what types of steps are necessary to best cope with climate change. Flanigan agreed, saying that fire management can effectively insulate communities from forest fires. He recommended options like replacing conifers with deciduous trees, removing grass or using sprinklers to reduce fire intensity.

But Flanigan said people also need to change how they view forest fires. Most U.S. officials take the approach of putting out every single blaze, he said, but 99 percent of burn damage in the western U.S. caused by just one percent of the fire events.

“We can’t eliminate fire from landscapes. We’ve tried for 50 or 60 years, and how’s that going?” Flanigan said. Williams agreed, saying our country’s philosophy is to react rather than to be proactive.

“We wait for fire to get started, and then we try our best to fight it off. And every year to do that, we totally exhaust the forest service’s budget,” Williams said. “ And then they don’t have enough money to do proactive things like forest thinning, prescribed burning or public education. These are things that they should be doing and that they want to be doing, but they simply don’t have the funds.”

Left: A firefighter battles the Trinity Ridge Fire in the Boise National Forest near Featherville, Idaho, in this U.S. Forest Service handout photo dated August 19, 2012. A new study says man-made climate change has expanded forest fires in this state and across the western U.S. Photo by Kari Greer/REUTERS/US Forest Service/Handout