Earlier Tuesday, a barge collided with an abandoned oil well in Barataria Bay, La., just north of an area already hit by oil from the Deepwater Horizon leak. The 20-foot gusher of oil and natural gas is reportedly hampering efforts to move oil-cleaning equipment through the bay, but Coast Guard Adm. Thad Allen said that this leak should be capped by Tuesday afternoon. The Coast Guard released these aerial photos: 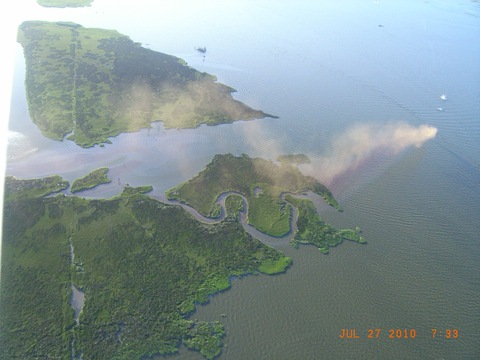 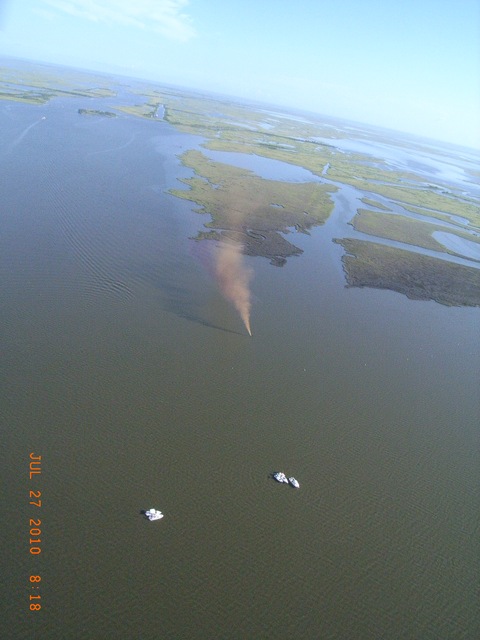