An iceberg the size of Delaware will soon break off an ice shelf in Antarctica, according to scientists at the British Antarctic Survey.

Over the last few years, a crack has been growing rapidly in the Larsen C Ice Shelf, which is located near the coast of South America.

At almost 2,000 square miles, this potential iceberg would be one of the 10 largest on record once it enters the ocean.

Researchers at the British Antarctic Survey have been monitoring the Larsen C Ice Shelf for more than a decade. The nearby Larsen A shelf disintegrated in 1995. In 2002, the Larsen B shelf partially collapsed. 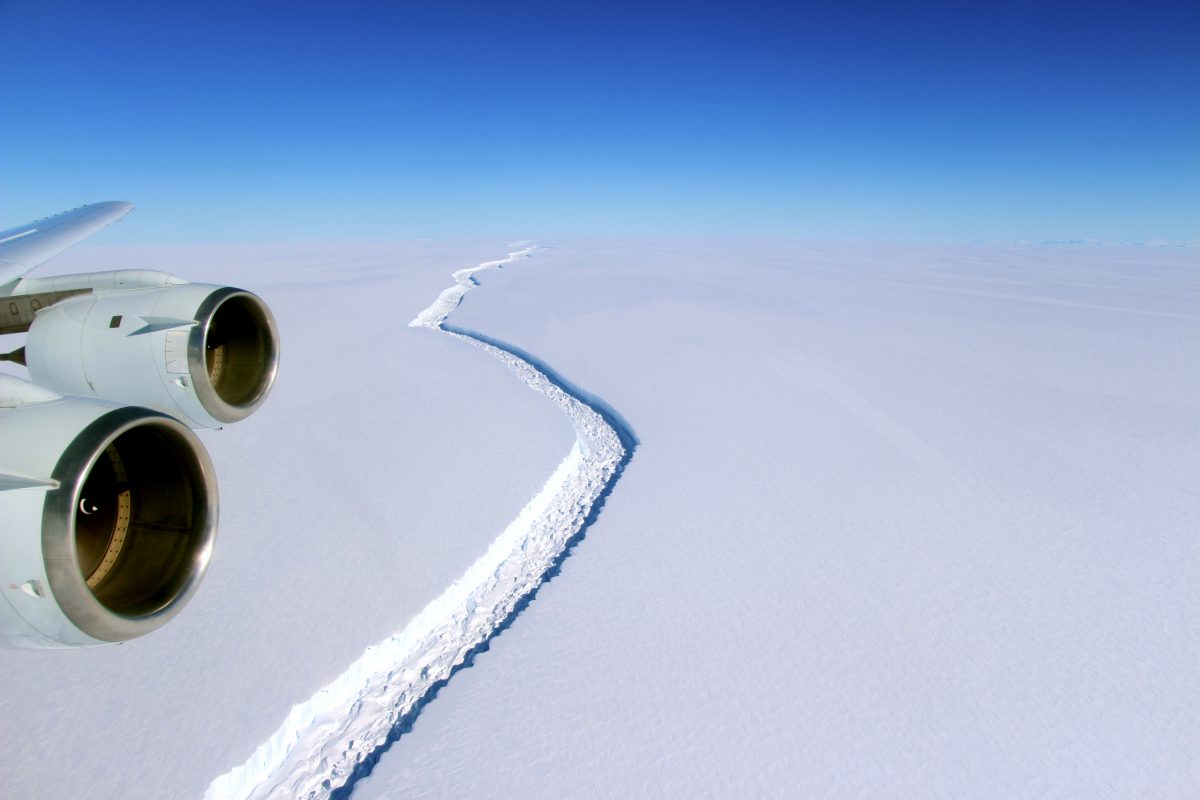 The rift in the Larsen C ice shelf is now about 70 miles long and over 1,000 feet wide. Photo by John Sonntag/NASA

Project MIDAS, a United Kingdom-based group that studies the Larsen Ice Shelf in Antarctica, reported Aug. 18, 2016, that a large crack in the Larsen C shelf has grown by another 13 miles (22 kilometers) in the past six months. Photo by NASA/GSFC/LaRC/JPL, MISR Team

A NASA study from 2015 estimates that the shelf will completely disintegrate by the end of this decade. The British Antarctic Survey attributes the expanding Larsen C crack to both warmer air temperatures and warmer ocean currents.

Adrian Luckman, a leader on the UK Antarctic research team Project MIDAS, told the BBC, he would be amazed if the iceberg doesn’t split from the shelf within the next few months.

Sea levels will not be affected by the melting of the single iceberg, but the BBC reported the complete disintegration of the shelf could cause sea levels to rise by about four inches.