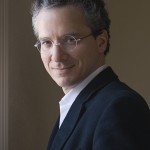 Editor’s note: We’ve asked several climate experts to answer the question, “What would constitute success at the Paris climate talks?” This column is part of a series that will run over the next few days. Scott Barrett is the Lenfest-Earth Institute Professor of Natural Resource Economics at Columbia University.

The Paris Agreement should affirm the central reason that countries are meeting: that every country can be made better off when all nations act together to address climate change. It should also underline that each country has a responsibility to play its part in the global effort.

The only real novel aspect of this agreement compared with previous ones is a provision for peer review of the pledges that countries have made that would oversee whether they’re ultimately fulfilled. This needs to be kept in the agreement. Ideally, it should be strengthened. I don’t think the review will have a significant effect on what countries end up doing, but this provision does put the need for enforcement center stage. Countries will only be willing to play their part in the global effort if they are assured that other countries will play their part.

READ NEXT: We are the last generations able to stop climate change

More important than what happens in Paris is what happens after Paris. Even an optimistic reading of Paris shows global emissions increasing through 2030. This trend needs to be reversed. In the new year, negotiators should turn their attention to developing new agreements that shore up the Paris Agreement, focusing on individual gases and sectors. These negotiations will be more technical and less political in nature. They could also be more effective than Paris in reducing emissions.

The media hasn’t noticed, but one such negotiation is already underway. An amendment to the Montreal Protocol — an agreement to protect the ozone layer — is being developed to phase down a chemical called hydrofluorocarbons, or”HFCs.” HFCs don’t deplete the ozone layer, but they are a potent greenhouse gas, and they can be controlled successfully under this agreement. This is because Montreal contains an effective enforcement mechanism: a trade restriction between parties and non-parties. Negotiators should look for more opportunities like this one. They are out there.

READ NEXT: In Paris, too much focus on the ‘politically feasible,’ too little on the environment

Even this won’t be enough. A subset of countries, a “coalition of the willing,” should also begin a serious effort to develop a “backstop” technology for limiting climate change, an industrial process that can remove carbon dioxide directly from the air on a very large scale.

Left: General view of chairs with bags with the message, "Act, Climate, Planet" at the World Climate Change Conference 2015 (COP21) at Le Bourget, near Paris, France on December 1. Photo by Stephane Mahe/Reuters