There is a special planet in all of the universe. It is the only known planet to host life and, as the astronomer Carl Sagan famously observed, everyone who has ever lived, all the knowledge ever known, everything anyone has ever loved lives on this incredibly small planet in the vastness of the cold, uncaring universe.

So why would we want to know anything about how that planet — the planet we call Earth — works? No less an authority than Pope Francis pointed out this week that there has never been such a clear need for science to safeguard this world, particularly from climate change. But turning a blind eye to Earth is exactly the argument being made by two advisors on space policy to President-elect Donald Trump. Instead of “politically correct environmental monitoring,” former Congressman Robert Walker and economist Peter Navarro argue that NASA should get back to exploring deep space.

Of course, the law that established NASA back in the good old days — the National Aeronautics and Space Act of 1958 — called for the fledgling agency to “contribute materially to…the expansion of human knowledge of phenomena in the atmosphere and space.” That was point (1) by the way.

So turning a blind eye to the only atmosphere known to support life as we know it would seem to fly in the face of the ideas that once made America great. 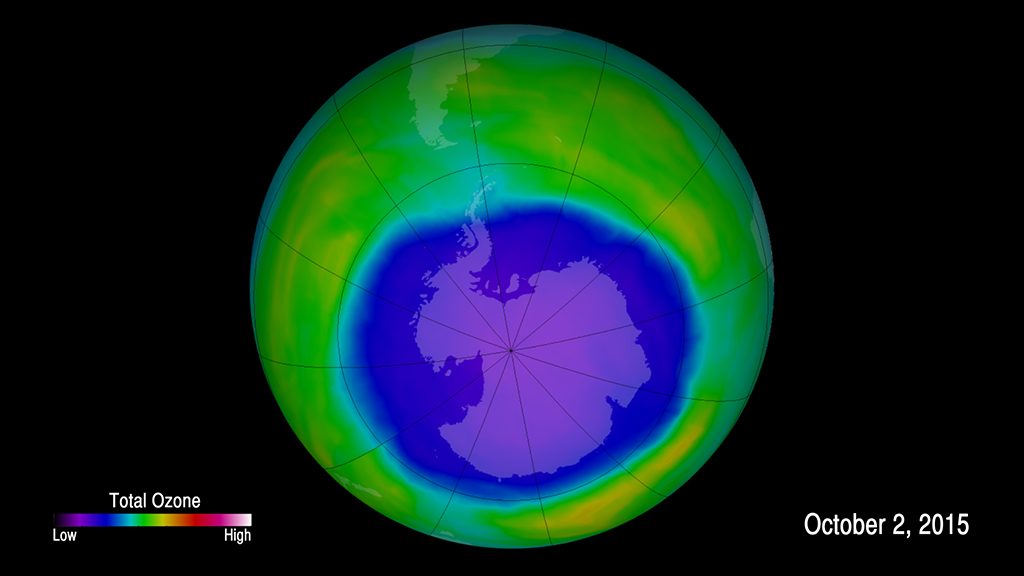 The 2015 Antarctic ozone hole area was larger than the continent of North America, based on research by NASA and NOAA. Photo by NASA/Goddard Space Flight Center

In addition, the atmosphere as we know it is undergoing great changes. Concentrations of carbon dioxide in the air we all breathe have surpassed 400 parts-per-million, up from 300 ppm or so just a short century ago, one among many reasons that scientists suggest we are living in a new geologic time, dubbed the Anthropocene. A change of 0.01 percent may not seem like much but such a shift has been enough to end ice ages in Earth’s past.

We now live in an unnatural world, we’d best keep an eye on it.

Of course, the end of ice on Earth is another thing we won’t be able to monitor from space if NASA stops using satellites to look at our home. The GRACE satellites have revealed just how quickly Greenland’s ice sheet is melting. The new GOES satellite will enable better weather prediction, but why would we want NASA to help monitor hurricanes barreling down on American shores? Landsat has been providing detailed surface data for decades now, the kind of detail employed by Google Earth but also by American farmers to help manage growing crops. Who needs that? 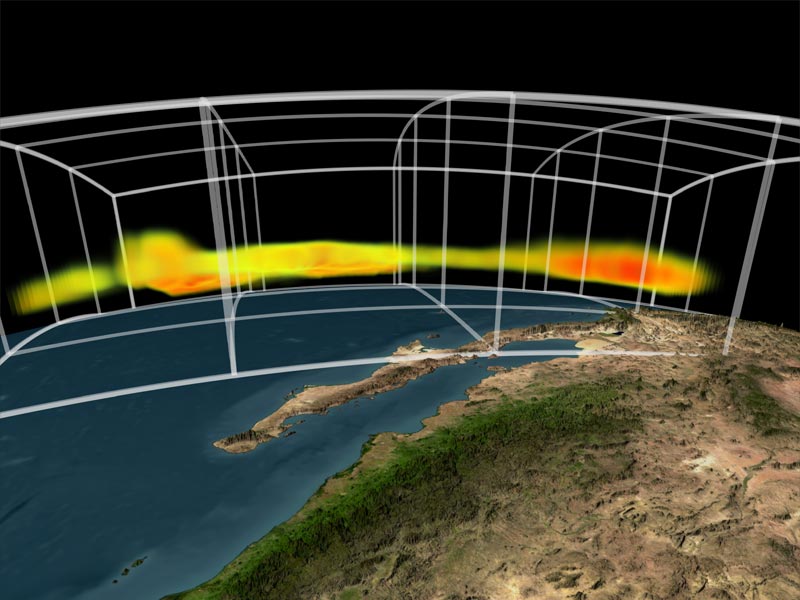 NASA’s Atmospheric Infrared Sounder instrument is able to peel back cloud cover to reveal 3-D data of a storm’s water vapor content, information that can be used to improve weather forecast models. Photo by NASA/GSFC

In fact, NASA’s Earth Observing System now provides more than a billion different types of data to everyone from scientists to urban planners, according to its own Office of the Inspector General, not least of which is improving weather forecasts. As the weather gets weirder thanks to global warming, that capability seems more important than ever.

Of course, the end of ice on Earth is another thing we won’t be able to monitor from space if NASA stops using satellites to look at our home.

The view from space reveals much that some might prefer to keep hidden, like air pollution or the rapid loss of sea ice in the Arctic. But as Trump said in his interview with The New York Times: “Clean air is vitally important.” The view from space can help us clear the air and also remind us of the planet-sized scale of our impacts, which have become pervasive and permanent like the microscopic soot left behind by all our fossil fuel burning. 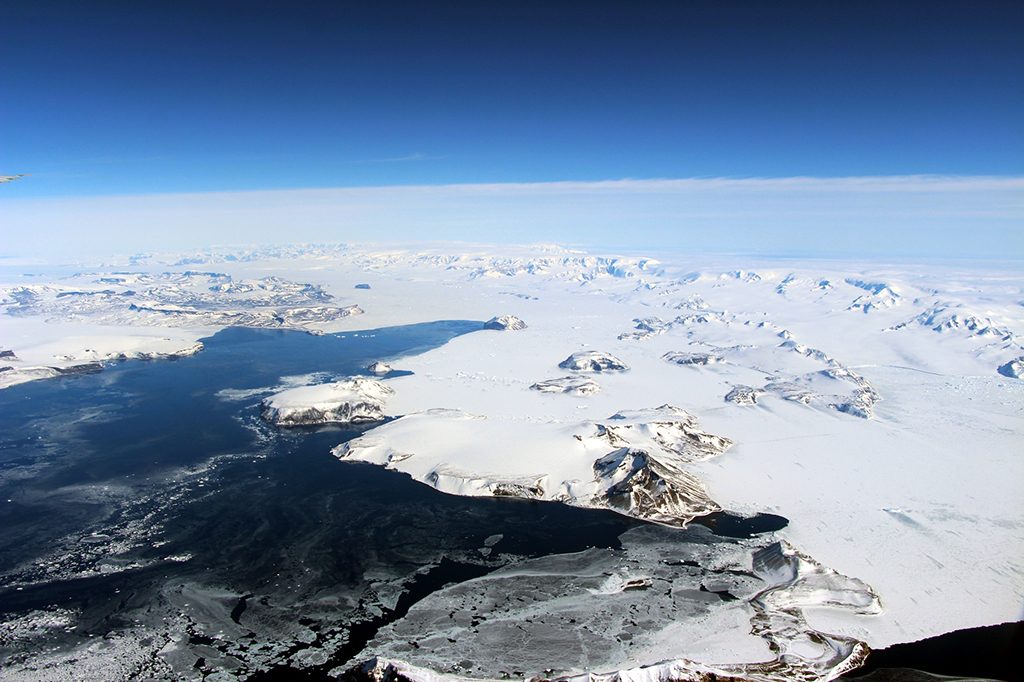 The northernmost Antarctic Peninsula, viewed from the northeast aboard the IceBridge research aircraft on an Oct. 17, 2016, flight toward the mission’s inshore survey line in the western Weddell Sea. Photo by NASA/John Sonntag

It may be that Trump has other ideas than those espoused by his space policy advisors. But to ensure that civilization does not prove a mere blip in the long rock record of Earth’s history, the new Trump administration should be sure to keep a careful watch on our only planetary home. Just as looking in the mirror can reveal our own flaws and strengths, looking back at the planet can offer an important reality check. We now live in an unnatural world, we’d best keep an eye on it.

Left: A 2016 analysis University of Washington researchers and funded by NASA found that the timing of the sea ice break-up and freeze-up is changing in all areas in a direction that is harmful for polar bears. Photo by Mario Hoppmann/via NASA