Column: Trump Tower, the skyscraper and the future of urban development

George Washington had Mount Vernon. Thomas Jefferson had Monticello. Now President-elect Donald Trump has his eponymous Manhattan skyscraper, Trump Tower. Our first and third presidents saw their plantations as both productive and symbolic of American identity that was rooted in the land itself. President-elect Trump looks out from his tower onto a dense, dynamic cityscape that represents American capitalism.

Washington lavished huge amounts of attention and money on building and furnishing Mount Vernon. Jefferson spent practically his entire adult life constructing, expanding and renovating Monticello. Trump Tower is loaded with polished metal and stone and clad in reflective glass. Will it stand just for the questionable taste of the one percent, or could it stimulate more creative, sustainable approaches to urban development?

Initially, this might sound far-fetched. After all, Donald Trump, during the recent presidential campaign, refuted many of the environmental movement’s tenets, most notably climate change. Commentators have worried that he will, at best, fail to provide leadership on environmental issues and, at worst, embolden polluters and climate change deniers.

But especially now that we know that Trump’s wife and son, Barron, will continue to reside in Manhattan, the president-elect is at least bringing attention to the urban tower as a residential building type. And some architects and urbanists believe that the skyscraper offers one important solution to climate issues.

Yes, building and operating tall buildings require massive amounts of energy. But skyscrapers can also provide adequate housing in high-demand areas, reduce energy use and pollution when built over transportation hubs and preserve green space and agricultural land through their relatively small footprints.

Early skyscrapers – tall office buildings erected before World War I – were less harmful to the environment than their successors.

Capitalizing on a number of late 19th-century technological advances, they used iron and steel structural frames and, eventually, electric lighting and elevators. Early skyscrapers also employed “passive” (nonmechanical) methods for cooling and illumination, such as functioning windows that were deeply set into the walls so that they were shaded from the summer sun. Because they sometimes had usable roof gardens and most desks were close to windows, the first skyscrapersoffered comfortable work environments while inspiring the public.

Yet skyscrapers terrified others. Many worried they would collapse. They soared over passersby, and their sheer size could be oppressive.

For designers, this created challenges. As the famed Chicago architect Louis Sullivan put it in 1896:

“How shall we impart to this sterile pile, this crude, harsh, brutal agglomeration, this stark, staring exclamation of eternal strife, the graciousness of those higher forms of sensibility and culture that rest on the lower and fiercer passions?”

Sullivan called for nothing less than imparting values to the skyscraper that were more typically attached to the home, such as beauty and tranquility. To tackle the challenge of skyscraper design, architects borrowed forms from medieval cathedrals, churches and mercantile buildings to express the dynamism of the soaring building and the metropolis surrounding it. 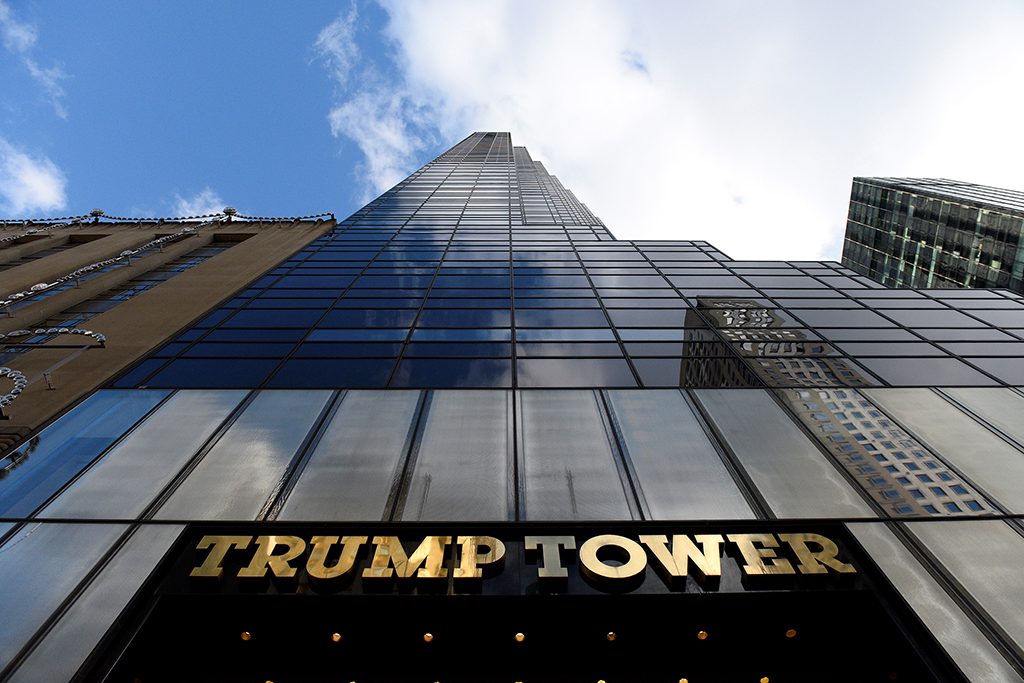 What can Trump Tower say about urban development? Photo by Darren Ornitz/REUTERS

Besides design challenges, there have been other issues skyscrapers have had to contend with. There’s the fire danger they pose, since their height far exceeds that of the tallest firetruck ladder. As it became common in the post-war period to clad skyscrapers completely in glass, they required huge amounts of energy to heat and cool. And on 9/11, terrorism became a new, hitherto unimaginable consequence of skyscraper building.

Despite their drawbacks, skyscrapers embody the excitement of urban life, a quality that artist John Marin captured in his prints and watercolors of the Woolworth Building in 1913. Tall office buildings also encourage efficiency and productivity by putting workers in proximity to one another. Residential skyscrapers cut down on commute times and urban sprawl. And as designers are now demonstrating, skyscrapers have the potential not only to generate their own power but to contribute to the power supply of cities.

Of these, only four are in the U.S., where the Great Recession and the collapse of the real estate market slowed their construction. Nonetheless, one of the four – One World Trade Center – was named one of the world’s “Best Tall Buildings” by the Council on Tall Buildings and Urban Habitat in 2015. Also topping the list are Milan’s Bosco Verticale and the Burj Mohammed Bin Rashid Tower in Abu Dhabi.

The Skyscraper Museum in New York City has even charted the recent spread of the Super-Slenders: tall and slim apartment buildings that fit onto tight urban plots to offer fabulous views.

Some of the most unique advances in skyscraper construction come from the use of a “new” material: wood.

Wood may offer several advantages over metal construction. Most notably, it’s a renewable material. And new ways of engineering wood, like laminating it, also promise to make it as durable and strong as steel and lighter than concrete, which makes it less expensive to transport to building sites. Proponents of wood argue that substantial timber construction is actually more fire resistant than steel.

Today fantastic wood skyscraper projects abound, including a 100-story tower for London nicknamed “The Splinter.” The tallest wood building in the world, the Brock Commons at the University of British Columbia rises 18 stories and is set for completion in May 2017.

For example, the Pearl River Tower in Guangzhou, China, is shaped so that the winds swirling around it churn two turbines that produce energy for the building. 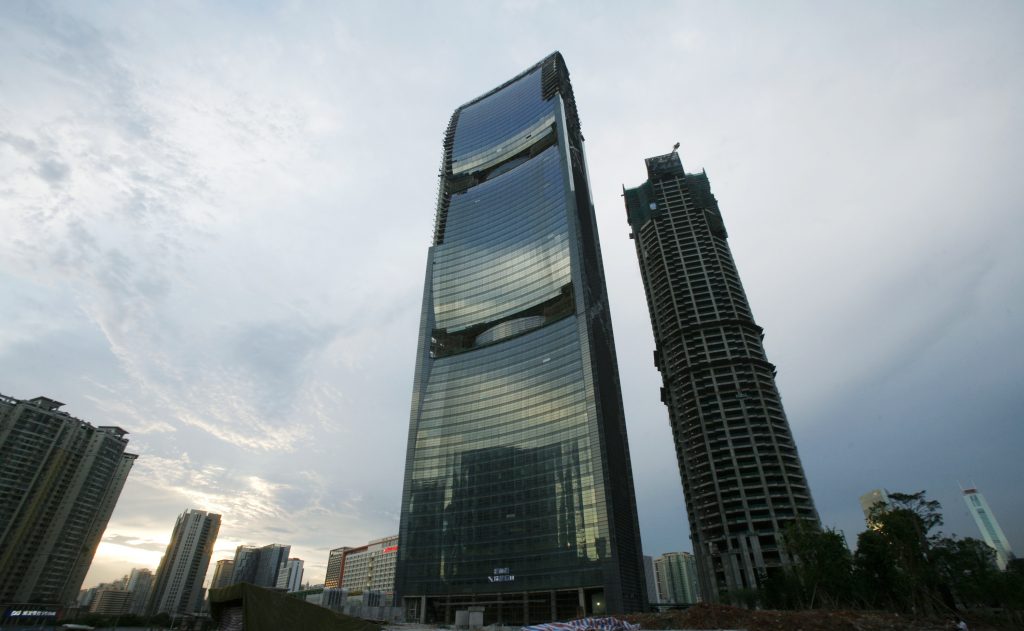 Making a tower an energy producer is one way of dealing with the excessive energy consumption – always a concern with skyscrapers. The Gensler architecture firm’s Tower at PNC Plaza in Pittsburgh, completed last year, confronted this challenge. Among its green innovations is the tower’s “breathing” façade, a system that uses outside air to heat and cool the building – unlike the sealed skyscrapers of the mid-20th century that shut out the natural environment.

Trump Tower, with its gaudy use of expensive materials, represents the skyscraper’s dilemma. If it can be made energy efficient, then it may provide sustainable living and working space for urbanites who will be able to avoid lengthy, polluting car commutes, as well as urban sprawl. But it can be more than a lofty perch for the rich to conduct business or live glamorously only once its manifest environmental drawbacks are addressed.

Kevin D. Murphy is Andrew W Mellon Chair in the Humanities and Professor and Chair of History of Art, Vanderbilt University. This article was originally published on The Conversation. Read the original article.