This common herb will keep bee pollinators buzzing in your garden

Unlike parsley, sage, rosemary and thyme, marjoram missed out on a role in the classic song Scarborough Fair, made popular in the 1960s by Paul Simon. But it does have a key additional advantage over most herbs. People know it best under its widely-used alternate name of oregano, which is also the scientific name – origanum vulgare. It is a common feature of Italian cooking and a native around Europe and in the UK. More importantly though, it is one of the best of all plants for attracting bees, butterflies and other pollinators to your garden.

The most widely grown and appreciated garden favorites, of course, are those with attractive flowers. And there is a common assumption that those plants which delight human eyes will also be the most attractive for bees and other flower-visiting insects. Research at the Laboratory of Apiculture and Social Insects at the University of Sussex can give a more empirical take.

One project carried out in 2011-2012 saw 32 varieties of summer flowering garden plants grown in beds and counted the insects visiting them – 87 percent of which were bees. The plants selected were all summer-flowering varieties often grown in gardens.

All were attractive to the human eye. However, they were very different as far as the insects were concerned. The most attractive to them were marjoram and agastache, a herbaceous perennial with simple, aromatic leaves and small flowers in dense spikes. These two had 100 times as many insects as the least popular, the pelargonium, which belongs to a large group of frost-sensitive plants used for summer bedding.

It is a simple lesson. By choosing suitable varieties to provide nectar and pollen, gardeners can make a big difference. Our research show that helping bees and flower-visiting insects need not come at a cost. In a 2012 survey of over 200 varieties of asters, also known as Michaelmas daisies, at the British National Collection in Picton Gardens, Herefordshire, the varieties that attracted more insects were just as easy to obtain, easy to grow, and attractive to the human eye. Prices are similar, although that depends mainly on the size of the plant when you buy it.

Many of the plants of the family lamiaceae, the mint family, are great for pollinators.

So, how good for insects are the flowers grown in parks and gardens? In the East Sussex town of Lewes there is a beautiful park, Southover Grange Garden, which is carefully managed to provide magnificent floral displays in spring and summer. We counted the insects on 79 varieties in full bloom in August 2012.

The results were surprising. The park appeared to be a bee paradise, but only three of the varieties were highly attractive to flower-visiting insects. On 24 varieties we saw no insects in any of the 15 counts made, and on a further 37 there were very few. Clearly, there is room for improvement. Many garden flowers are more show than go: bred for many bright petals instead of food for the bees. 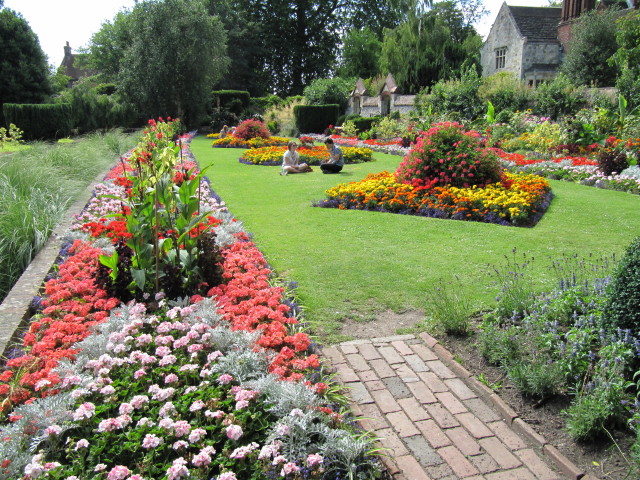 Turning over a new leaf

Many gardeners in the UK get their plants from one of more than 2,000 garden centres and retail nurseries. They are popular destinations for plants and equipment (and for a cup of tea and a slice of cake). They play an important role in what British gardeners end up growing and what insects will be able to visit.

Garden centers normally sell plants in bloom with each variety in a distinct patch. This makes it easy to monitor the insects. In 2015, we counted the insects on the 59-74 plant varieties in full bloom on sale in five garden centres and one nursery in Sussex. We made 12 counts over one day in each. We even brought in our own marjoram plants to set up two comparison patches of a variety we knew to be very attractive.

We found a similar pattern to that seen in the other two studies. Most varieties on sale had few bees and other insects, and a small number had many. Our marjoram did well, as expected, but 4.5 percent of the plants on sale turned out to be even more attractive, with an average of 26 percent more insects. Strong performers included the deep magenta flowers of cosmos bipinnatus “Sonata Carmine” and caryopteris x clandonensis “Heavenly Blue”, a compact shrub with clusters of dark blue flowers. 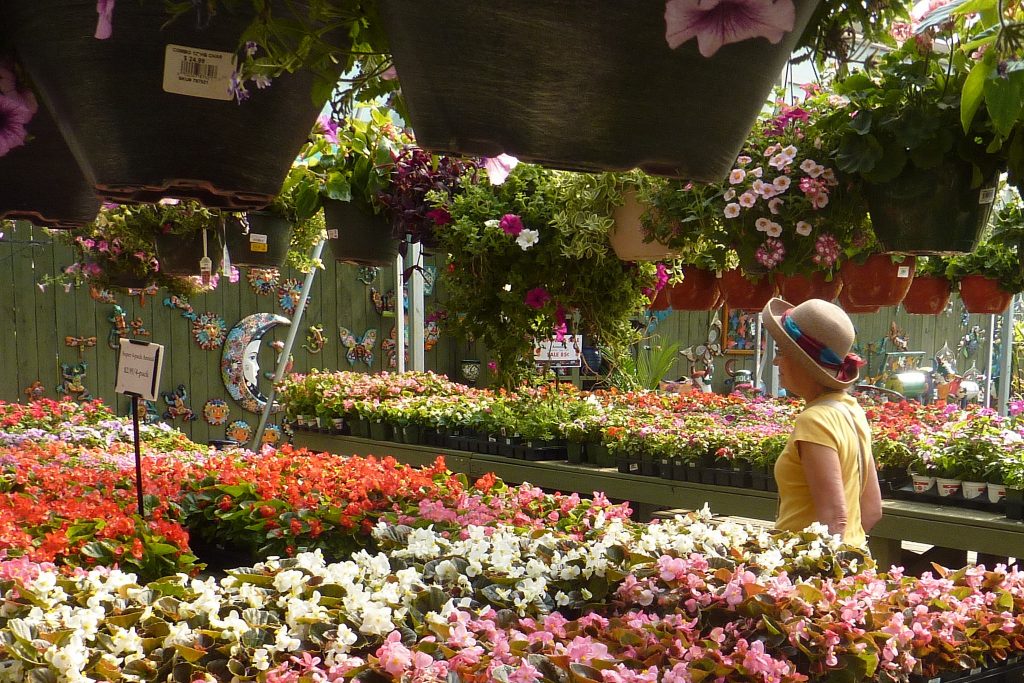 Garden centers: on the front line. Photo by muffinn/via Flickr

Some of the plants on sale, about 15 percent, were marketed as bee-friendly, and just over half of those appear on the Royal Horticultural Society’s “Perfect for Pollinators” list. How good were these? Well, the average looks good: recommended plants attracted three times as many flower-visitors as the rest. However, many plants in that group were unattractive to insects or underperformed. Equally, some non-recommended varieties such as iberis “Masterpiece” and alstromeria “Inticancha Dark Purple” did really well. The labelling appears to be inconsistent and certainly over-optimistic. Perhaps “better for pollinators” would be more accurate.

Our research shows that the public could be making their gardens much more attractive to bees and other insects simply by more careful flower choice. And garden centers can be part of this, by improving stocks and by educating customers to favor more of the highly attractive varieties.

Many of the plants of the family lamiaceae, the mint family, are great for pollinators. That includes marjoram as well as thyme, lavender and Russian sage (perovska). Others, such as heleniums and some dahlias are in the daisy family. Different varieties bloom at different times, and can provide valuable additional food across the whole summer to a whole range of flower-visitors.

If you want to help bees and other insects in your garden, have a look round your garden center on a sunny summer day. Plants with 10 insects, even five, per square meter when in full bloom are the ones to go for. But don’t buy a plant that you don’t like. There are plenty of bee-friendly varieties, so a win-win situation is possible: chose plants that you – and the bees – both love.