LIGO, the Laser Interferometer Gravitational-Wave Observatory, has done it again. Astronomers announced they have detected another gravitational wave tearing through spacetime. The occasion marks the third direct confirmation of Einstein’s theory of general relativity — and changes our understanding of black holes and other stellar phenomena.

Gravitational waves occur when extremely massive objects interact with the universe around them, such as when orbiting black holes merge with each other. This stellar dance produces tiny vibrations in the curvature of spacetime that travel at the speed of light and ripple throughout the cosmos.

The latest wave happened after two black holes collided with each other, resulting in one enormous black hole with the mass of 49 suns. This new stellar object is located approximately 3 billion light years from Earth, the farthest ever detected.

“Imagine two tornadoes that are going about each other,” said Laura Cadonati, a Georgia Tech physicist and LIGO deputy spokesperson, during a press conference Wednesday. Cadonati explained that while the two tornadoes may be rotating around each other, their individual spins may not be in the same direction. Like the tornadoes, LIGO’s observations suggest at least one of the black holes appeared to be spinning in the opposite direction of the collective twirl of the two black holes, which is something that scientists had hypothesized in the past but could not confirm.

Simulation of a black-hole merger consistent with LIGO’s third observation. The strength of the gravitational wave is indicated by the elevation of the bands, as well as color, with blue indicating weak fields and yellow, strong fields. The amplitude of the gravitational wave is rescaled during the simulation to show the signal during the entire animation. The sizes of the black holes are increased by a factor of two. Photo by S. Ossokine/A. Buonanno/T. Dietrich (MPI for Gravitational Physics)/R. Haas (NCSA)/SXS project

“With the third confirmed detection of gravitational waves from the collision of two black holes, LIGO is establishing itself as a powerful observatory for revealing the dark side of the universe,” said David Reitze of Caltech, executive director of the LIGO Laboratory.

LIGO picked up its first couple of gravitational waves two years ago, though they didn’t announce them until February and June 2016, respectively. The observatory works by comparing measurements from a facility in Hanford, Washington, to another based in Livingston, Louisiana. The great distances between the laboratories assures local interference does not throw off the laser-based detectors, and possibly create a false positive.

Despite this distance, “glitches” can happen, and to cope, LIGO has crowdsourced a solution. Using a program called Gravity Spy, citizen scientists can help to locate these glitches by sifting through noise in the data and determining which stellar signals are flukes and which are real.

“Humans are really good at spotting discrepancies, so our project fits naturally into this crowdsourcing idea,” Mike Zevin, an Astrophysics student at Northwestern University who helped to develop Gravity Spy, said in a statement.

LIGO is primarily funded through the National Science Foundation, and at a cost of $30 million per year, is one of the most expensive experiments bankrolled by the organization.

“This is exactly what we hoped for from NSF’s investment in LIGO: taking us deeper into time and space in ways we couldn’t do before the detection of gravitational waves,” said NSF director France Córdova in a statement. “Each detection has offered much more than just a ‘sighting.’ Slowly, we are collecting data that unveil the origin and characteristics of these objects, further informing our understanding of the universe.” 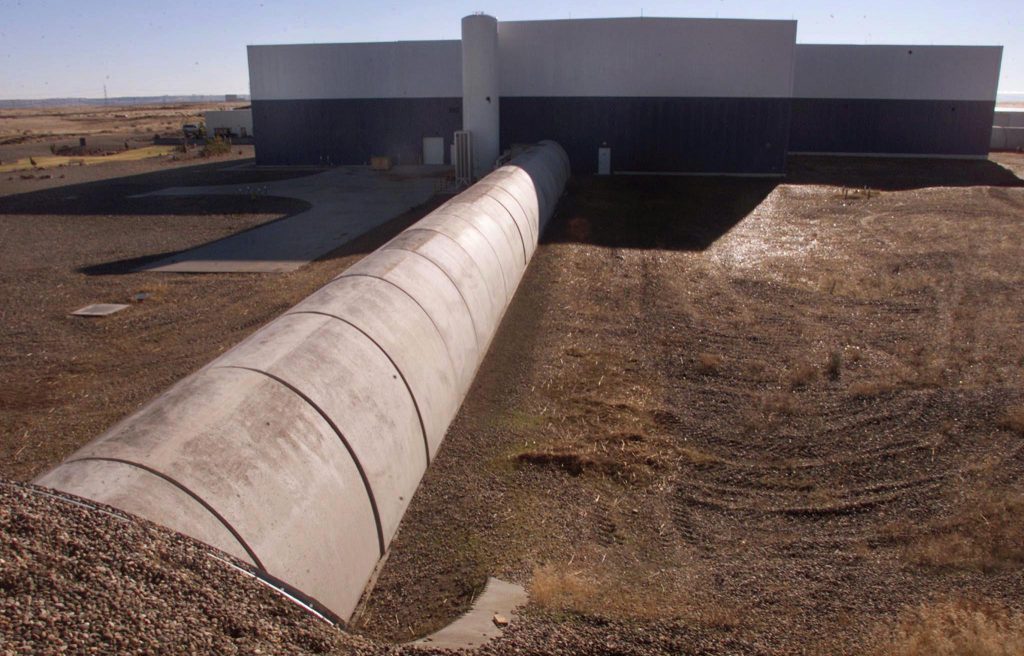 While LIGO made its latest groundbreaking detection on Jan. 4, the Virgo interferometer in the European Union confirmed the data, showing a similar observation from their lab in Italy. Because of this international collaboration, dozens of researchers co-authored the findings, published Thursday in the journal Physical Review Letters.

“We have further confirmation of the existence of stellar-mass black holes that are larger than 20 solar masses—these are objects we didn’t know existed before LIGO detected them,” David Shoemaker, a physicist at MIT and spokesperson for the LIGO Scientific Collaboration, said in a statement. “It is remarkable that humans can put together a story, and test it, for such strange and extreme events that took place billions of years ago and billions of light-years distant from us.

Left: Artist's conception shows two merging black holes similar to those detected by LIGO. The black holes are spinning in a non-aligned fashion, which means they have different orientations relative to the overall orbital motion of the pair. LIGO found hints that at least one black hole in the system called GW170104 was non-aligned with its orbital motion before it merged with its partner. Image by LIGO/Caltech/MIT/Sonoma State (Aurore Simonnet)