What’s Behind the Problem of Disappearing Bees? 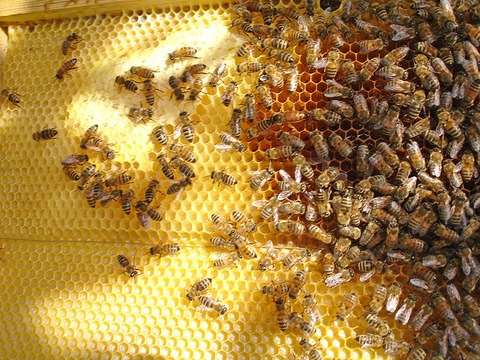 Bees, for some reason, seem to fascinate us. Perhaps it’s their social structure: the queen, the workers, the drones, producing honey and baby bees and living their short lives in a super-organized way that would be the envy of any business.

Like many an enterprise today, they even have guards outside the hives to sound the alarm if things get out of hand.

So when the world learned five years ago that bees in America and Canada were dying in large numbers, and hives were becoming defunct, the agricultural community, beekeepers and the public became alarmed. Hives were deserted, the bees gone, presumably dead, honey production stopped, and the bee industry was crippled.

The problem was called Colony Collapse Disorder or CCD, and it threatened California’s very profitable almond industry, which is dependent on bees to pollinate the trees that the nuts grow on. And not just almonds: 130 crops in California alone depend on honey bees.

Beekeepers from around the nation started loading their hives on trucks and hauling them to California to rent them out to growers. As the disease — or whatever it is — spread, the price of renting ever-more-scarce bees went up.

Researchers at universities around the country started looking into the problem; money was donated to target what was killing the bees. Stories appeared frequently about the scientific efforts to figure out what was causing CCD, and what might cure it. With all that attention, you’d think they would have solved the problem. 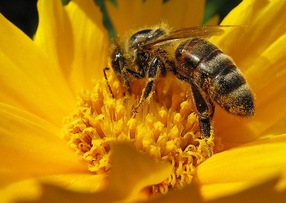 But what the scientists have discovered is that they really don’t know very much about bees. They don’t have a baseline of what goes on at the microscopic level in the hives. They don’t know all of the viruses that already exist in healthy colonies. You’ve got know that before you can start to understand whether a virus is normal or abnormal and may be killing bees. Scientists like Joe DeRisi at the University of California San Francisco say they’ve made great strides, even though they haven’t found a culprit. I talked with him recently for a report airing on the NewsHour:

JOE DERISI: I think there’s been tremendous progress. One of the frustrating things with CCD is it doesn’t look like there’s any one single agent or culprit that you can point the finger to that’s causing all of these problems. It looks to be a confluence of things – that is, several different pathogens or situations or environmental conditions that are coming together to cause losses that are more than would be expected. And that’s what’s frustrating people.

What has occurred because of the interest in honeybees and because of the large losses caused by CCD is people like myself and other researchers around the country are applying new techniques and tools to honeybees which they normally would not have done. And so we’ve learned an incredible amount about the ecosystem in the bee and around the bee. And what we now know is that there’s a whole host of pathogens no one knew anything about and that certain combinations of these appear to be associated with higher losses than would otherwise be expected during the season.

The disease remains a serious threat, with about a third of all bee colonies affected, and no cure in sight. Many among the beekepers with the other two-thirds of colonies think that they have it under control because their hives are doing well. They claim they take better care of their bees, feed them better, and use various medicines and techniques to keep the hives healthy.

One technique some beekeepers swear by is splitting the hives every year, or even more frequently. That means taking half the bees out, getting a new queen (you can buy queens!), and making two hives out of one.

Eric Mussen, a university extension bee specialist at the University of California at Davis, thinks splitting works — to a point:

ERIC MUSSEN: When you make these splits, you more or less take the pathogen load, all the problems, and you kind of split it in half and then you’ve got these little colonies that have to build up really quickly, and when that happens frequently they can outrun some of the parasites. They can outrun some of the disease problems for awhile, so those colonies get up and they make it and they’re good for a season.

[But] had you not split it, it seems like in many cases the microbes and the parasites become overwhelming and the colony dies, so my terminology is starting from packages, making splits, if you could keep your colonies forever young it looks like that’s a way that helps deal with the problem. Nothing’s perfect.

NEWSHOUR: Why hasn’t that completely eradicated this problem then? Why isn’t everybody splitting?

ERIC MUSSEN: Well, a number of people are splitting, either by default or some by design. They’re now understanding what the problem is, and how this helps. But the problem is that I think some of the equipment has — or whatever the CCD problem is — is kind of innate in the equipment and so it really doesn’t matter what bees you put in and how you deal with them, it’s always right there, right on the edge ready to create a real problem. So you do the best that you can to try to just stay a little bit ahead of that.

The research goes on — and so does pollination. The almond industry is surviving, and in fact, thriving. Last year was the largest crop ever. The crisis mentality seems to have passed, but the problem remains. While beekeepers are used to cycles where their bees die off, and then come back, Colony Collapse Disorder seems to be more persistent than previous die-offs, and shows little sign of abating. While it hasn’t been decoded nor cured, it has focused attention on a unique part of agriculture that seems to need the attention. And that’s not honey-coating the progress that has been made.

Spencer’s piece will air Thursday on the NewsHour.