Does formaldehyde cause leukemia? A delayed EPA report may hold the answer

The Environmental Protection Agency has been evaluating the link between formaldehyde and leukemia, a type of blood cancer, for more than a decade, but it has not yet reached a final decision.

The National Cancer Institute first found a link between formaldehyde and leukemia, a cancer of blood-forming tissues like bone marrow, in 2003. Based on more than 25,000 workers at 10 industrial plants over 40 years, the study found that the risk for leukemia increased for people exposed to relatively high levels of formaldehyde levels at 0.1 to 4 parts per million.

Formaldehyde is a common chemical that is found in, but not limited to, types of wood glue, embalming fluid, refinery pollution, makeup and vehicle emissions. Everyday exposure levels, even in congested areas like New York City, are up to thousands of times lower than the exposures linked to leukemia.

A second investigation in 2010, conducted by toxicologist Luoping Zhang at the University of California Berkeley, strongly supported this link. The study examined about 100 workers split between factories with and without formaldehyde. 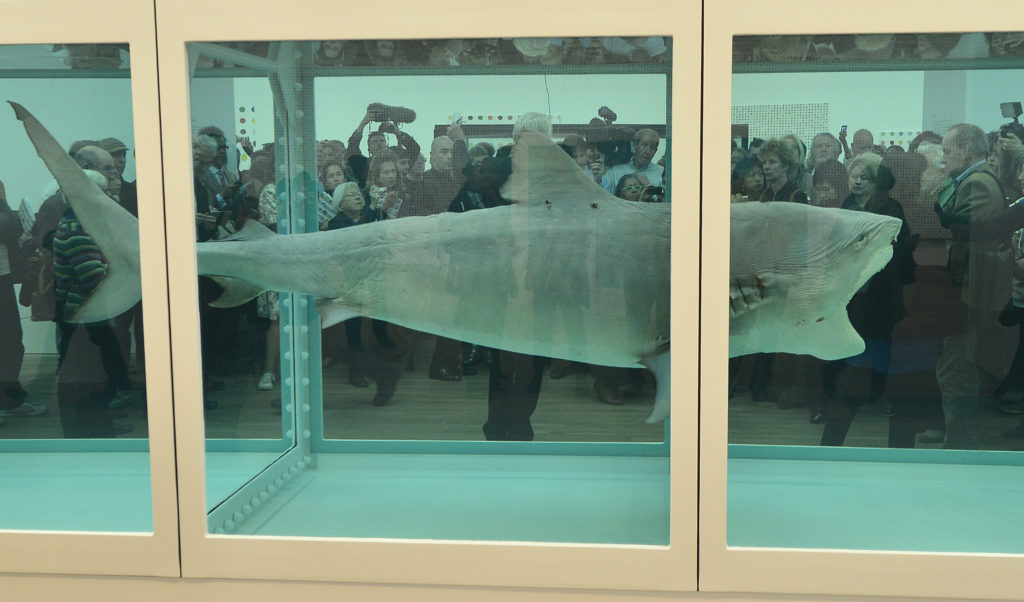 Formaldehyde excels as a preservative, and can keep bodies in good condition for years. Here, a shark preserved in a tank of formaldehyde is an art installation at the Tate Modern gallery in London. Photo by REUTERS/Toby Melville

After controlling for certain lifestyle factors, the team found that workers exposed to 0.6 to 2.5 parts per million of formaldehyde had fewer red and white blood cells and blood platelets. The researchers also detected a higher prevalence of DNA mutations in the blood stem cells of exposed workers.

Later in 2010, the International Agency for Research on Cancer, a part of the World Health Organization, voted to classify formaldehyde as a cause of leukemia.

We have a country that says we want to be protected from these low level risks, and IRIS is the best science we have now.

News reports say the EPA’s analysis may connect exposure to any level of formaldehyde with a risk of leukemia, which could spur new regulations on the chemical industry. In July, Politico, citing current and former agency officials, reported that the formaldehyde report has been complete since Donald Trump took office, but top EPA advisors refuse to hold the meetings necessary to publicly release it. In January, former EPA chief Scott Pruitt told Congress he believed the assessment was complete.

The department conducting the report — EPA’s Integrated Risk Information System (IRIS) — provides guidance on health hazards due to exposure from chemicals. But in 2011, the National Academy of Sciences found significant problems with a publicly released draft of the report, forcing the EPA to completely overhaul its evaluation process. In the meantime, plenty of research has surfaced on the health consequences of formaldehyde.

Here’s what you need to know about what has been discovered and what the EPA report might mean for your future health.

Scientists and the chemical industry clash over formaldehyde

Formaldehyde is a tiny molecule — one carbon atom, one oxygen atom and two hydrogen atoms. Formaldehyde is also made naturally in every mammal as a byproduct of biochemical reactions.

Though it is small, formaldehyde packs a punch — humans can smell it at levels of around one part per million, which can irritate the skin, eyes and lungs. At higher levels, around four parts per million, formaldehyde causes a rare nasal cancer, but historically, only embalmers or factory workers have faced this amount of exposure. People who are exposed consistently develop a tolerance to the irritation. 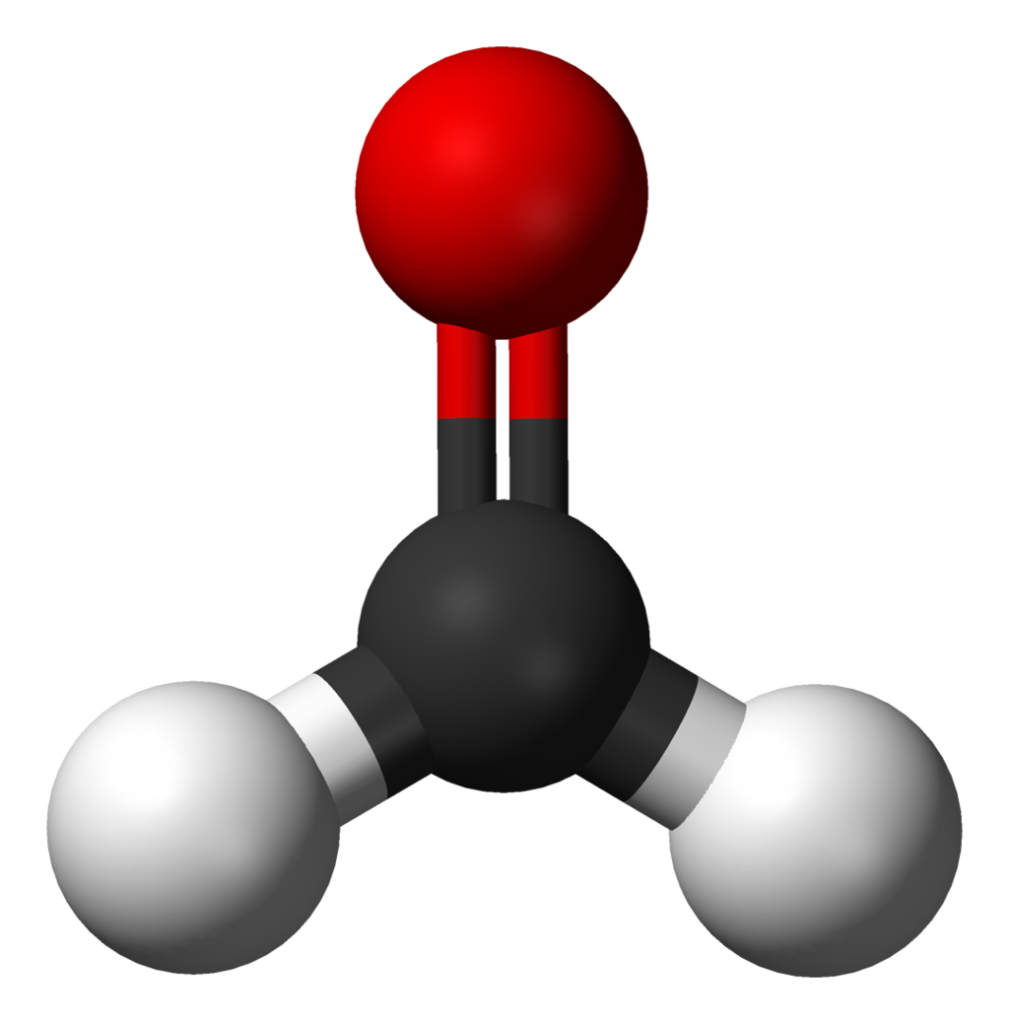 Picture a water molecule — two hydrogen atoms attached to one oxygen atom. Now stick a carbon atom between the oxygen and hydrogens and you’ve got formaldehyde, pictured here as a ball-and-stick model. In the model, hydrogen is white, carbon is black, and oxygen is red.

Zhang subsequently found additional types of DNA mutations in the workers that are linked to leukemia. In mouse experiments, she also discovered that inhalation of formaldehyde leads to bone marrow cell damage, a reduction in blood cell counts similar to the human workers and other leukemia predictors.

Bernard Goldstein said Zhang’s 2010 study changed his mind about formaldehyde. As a hematologist, a doctor who treats patients with blood disorders, Goldstein took special note of the data on blood cell counts.

“If somebody were to tell me they’ve got a new chemical, it’s great for keeping your lawn green or whatever, and by the way it seems to cause these low blood counts, I would say don’t even go near it, don’t manufacture that,” said Goldstein, a former dean of the University of Pittsburgh School of Public Health and assistant EPA administrator for research and development from 1983 to 1985. “That’s what leukemogens [leukemia-causing agents] do.”

Goldstein said the mutations found in Zhang’s studies resemble ones made by benzene, a known leukemia-causing agent that also lowers blood counts. 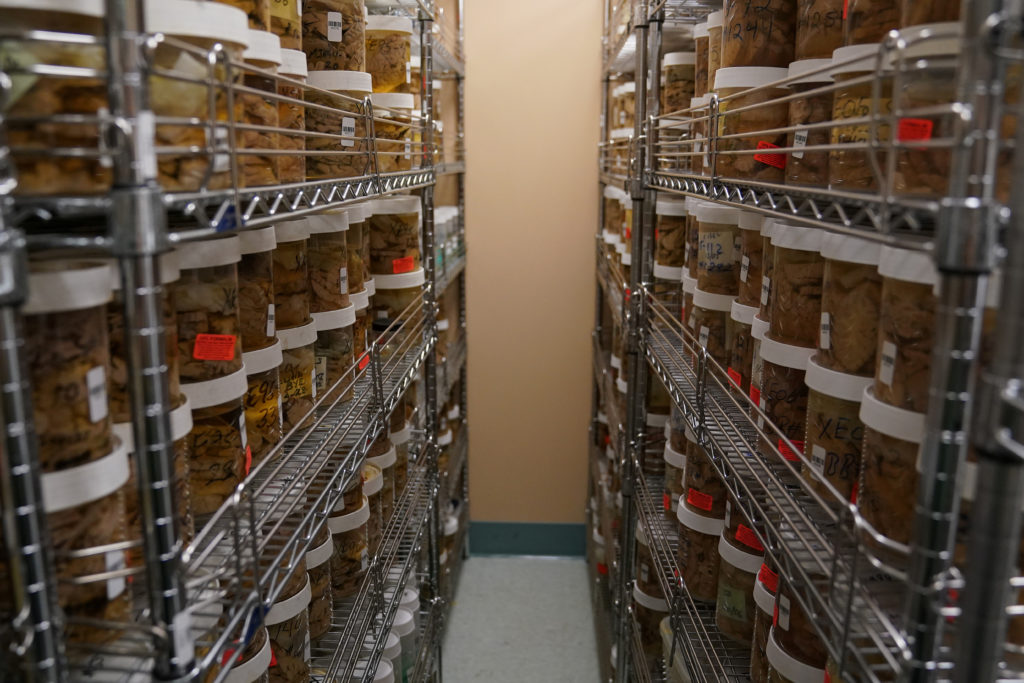 Kimberly White, toxicologist and senior director for the American Chemistry Council’s chemical products and technology division, said that after the EPA’s draft report on formaldehyde, the council launched a research program to address problems laid out by the National Academy’s peer review.

The American Chemistry Council has funded several research investigations to re-examine the 2003 and 2010 epidemiological studies, including a recent review paper in 2017. The review focused on exposure levels for individual workers, rather than the averages for the whole group.

“You have this human data which is basically weak and inconsistent,” White said. “There are some studies with a positive association and some with a negative association.”

White also noted that none of the animals in academic studies of formaldehyde develop leukemia, though rodents exposed to chemicals — outside of chemotherapies in combination with radiation — are not known to develop the cancer.

I would strongly fault industry for not repeating that [2010] study. They’ve had plenty of time. Instead they hire consultants to poke holes in it.

“The human evidence is not weak but strong, particularly in highly exposed embalmers and medical technicians,” Zhang said. She added that most meta-analyses — the best validation for combining multiple epidemiological studies — “showed very consistent positive results.”

Goldstein said epidemiological studies on leukemia rates, like the National Cancer Institute’s 2003 study, may not be the strongest evidence because too few people develop leukemia, even with high exposure to formaldehyde. Rather than focus on the total number of people who develop leukemia, Goldstein said scientists and industry experts should look to studies — like Zhang’s — that could predict leukemia.

“I would strongly fault industry for not repeating that [2010] study. They’ve had plenty of time. Instead they hire consultants to poke holes in it,” Goldstein said.

Why IRIS could be a deciding factor

[Agencies] are going to assume that what’s in the IRIS report is the best available.

The EPA’s upcoming IRIS report, like its predecessors, will try to pin down how much chemical exposure will make a person sick. Departments within the EPA and other government agencies will use the report to determine safety levels of formaldehyde, White said.

“[Agencies] are going to assume that what’s in the IRIS report is the best available,” White said. So the evidence needs to be weighed carefully, she said.

Goldstein said IRIS makes it easier to calculate formaldehyde’s risk. Regulators can determine how much daily exposure over an entire lifetime increases the chance of getting a disease by using a simple multiplication table published at the end of the report. 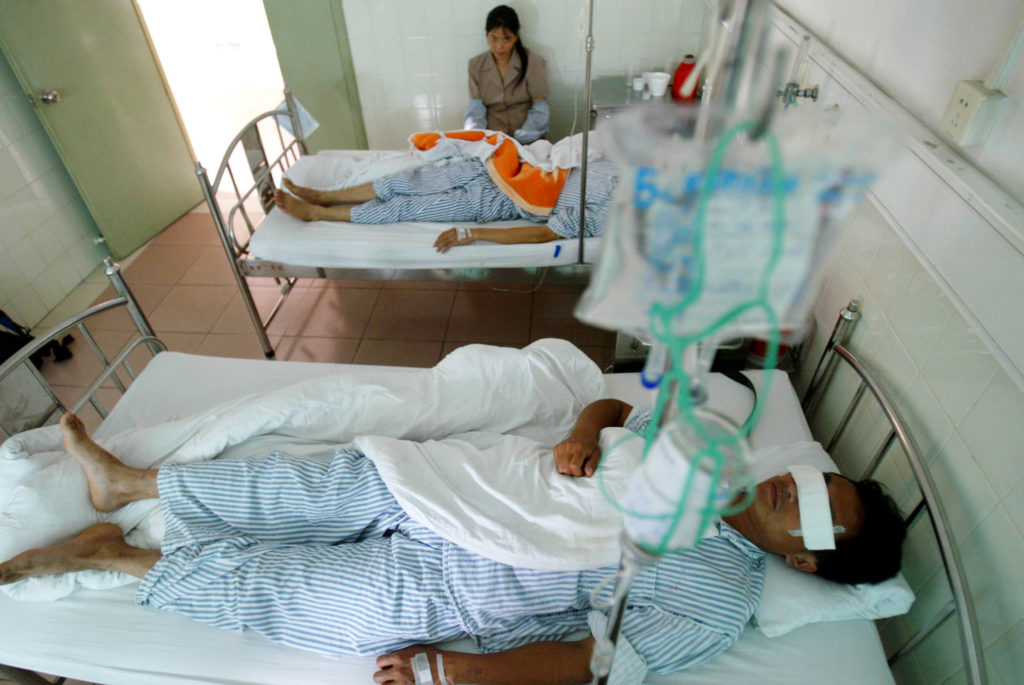 In 2004, liquor diluted with formaldehyde killed nine people and landed another 42 in the hospital in Guangzhou, China. If ingested, formaldehyde is highly toxic, reacting with stomach acid to create a potent carcinogen. It can also permanently damage the eyes. Photo by REUTERS/China Photos

“We have a country that says we want to be protected from these low level risks, and IRIS is the best science we have now,” Goldstein said. “They are reasonable estimates, but are they perfect? No.”

White said that there is evidence for a safe level according to animal studies of formaldehyde pointed out by the National Academy’s peer review in 2011.

The EPA told the NewsHour it is reviewing the updated draft with other federal agencies and did not indicate when the report would be released.

“Assessments of this type are often the result of needs for particular rulemakings and undergo an extensive intra-agency and interagency process,” said an EPA spokesperson in an email.

Goldstein said evidence from Zhang’s 2010 study supports the idea of a safe level, but added that more evidence is still needed, and until then, formaldehyde should be considered “guilty until proven innocent.”

Left: The Environmental Protection Agency is investigating a link between formaldehyde and leukemia. It's one of the most commonly used chemicals, found in embalming fluid, wood glues, vehicle emissions, makeup and tobacco smoke. Photo by REUTERS/Carlo Allegri