Why looking at the sun can make you sneeze

The sun makes me sneeze. It’s not like I get fits of uncontrollable sneezes as if I’m allergic to the sunrays. But watch me leave a movie theater at high noon on a cloudless Saturday, and you can bet a large sneeze will explode out of my body within 30 seconds.

Since childhood, I thought sun sneezes were a malady that everyone encounters. But a few years ago, I explained to my then-boyfriend and now-husband that I could force a sneeze to happen by staring at the sun. His quizzical look revealed that sun sneezes are not normal. I’m an exception to a rule — but I’m not alone.

My light-induced sneezes are caused by a seemingly harmless disorder called “photic sneeze reflex.” The Greek philosopher Aristotle referenced the phenomenon during the fourth century B.C., but wasn’t until 1954 that scientists first described it in medical literature. Some researchers have since applied the appropriate acronym ACHOO: Autosomal Dominant Compelling Helio-Ophthalmic Outburst Syndrome.

An estimated 10 to 35 percent of the population has a photic sneeze reflex.

“It’s not a disease,” University of California, San Francisco neurologist and human geneticist Louis Ptáček told the NewsHour. “Some people find it annoying, but some people like it to some extent. They’ll say, ‘It helps me get a sneeze out.’”

The disorder is characterized by a sudden outburst of one or multiple sneezes when a dark-adapted person — they’ve been in a darkened space for a while — is suddenly exposed to light. Sunlight is a trigger, but artificial illumination from light bulbs and camera flashes can also cause sneezes. Additionally, a not-yet-established length of time in a darkened space — called a refractory period — must pass before an individual with photic sneeze reflex will sneeze in light again.

As it turns out, an estimated 10 to 35 percent of the population has a photic sneeze reflex. Because its prevalence is higher in individuals with a family history of the disorder, the handful of scientists who have studied the phenomena suspect a genetic, autosomal dominant — a person needs only one parent with the condition to inherit it.

Ask your parents about ACHOO 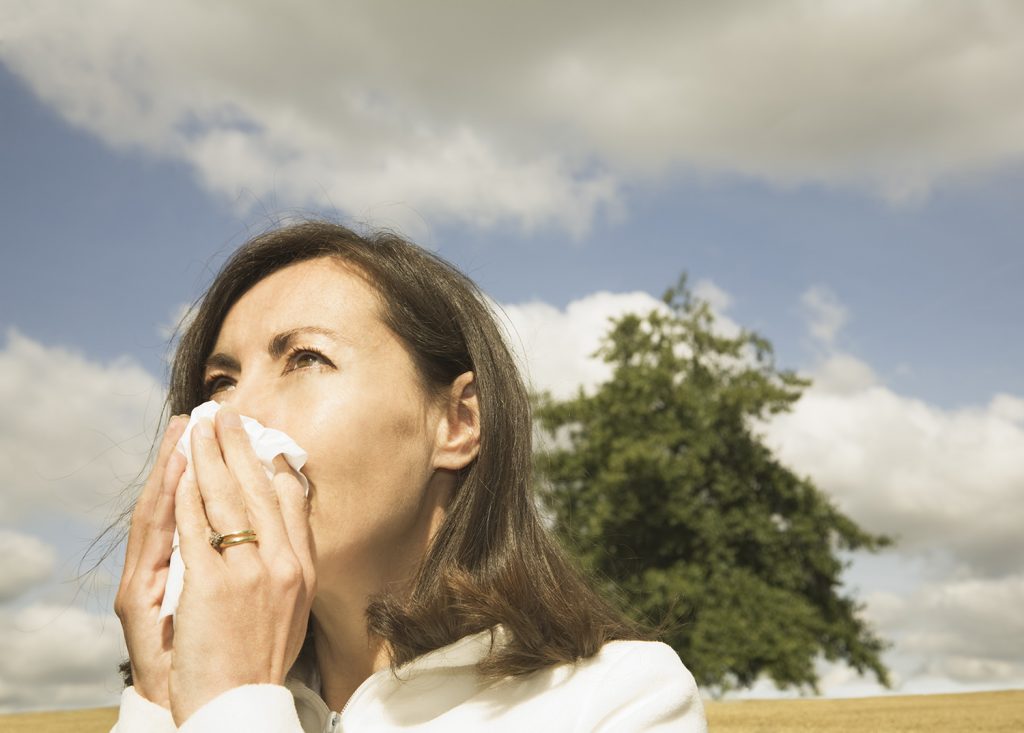 Photic sneeze reflex is a relatively harmless disorder that causes people to sneeze in bright light after being in a dark space. Photo by Cultura/Seb Oliver/Getty Images

A regular sneeze is a violent preemptive strike. It is a reflex meant to protect the nasal passages and lungs from infectious agents or irritants. An estimated 40,000 microscopic particles can spew out of the human body — at a rate 85 percent the speed of sound — each time we sneeze. How delightful.

“When we sneeze, there is a huge contraction of the diaphragm all at once,” Ptáček said. “Dust or black pepper particles in the nose, for example, irritate the mucosa and leads to a sneeze reflex to prevent you being hurt by a noxious environment.”

But why did evolution decide for some of us to sneeze when accosted by bright light? Is it a forceful warning to keep my pale, Scottish skin from the sun’s burning rays? (Answer: Likely, no.)

The most prevalent theory postulates that neurological signals are crossed between the trigeminal nerve, which senses facial sensations like an itchy nose, and the optic nerve, which constricts the eye’s pupils when light penetrates the retina.

But large, in-depth studies on this or other theories are lacking, with most photic sneeze reflex research based on small case studies of single families or small groups of photic sneezers.

For example, in 2010, a Swiss study found greater stimulation of the primary and secondary visual cortex — regions of the brain that processes visual information — of 10 photic sneezers when exposed to various wavelengths of light compared to those who do not have the reflex. The optic nerve feeds information to the visual cortex.

In contrast, Spanish researchers in 2016 found individuals with photic sneeze reflex had thickened nerves in the eye’s cornea. Those nerves exit the eye via the trigeminal nerve. In that study, however, the 13 individuals analyzed were all from the same family. 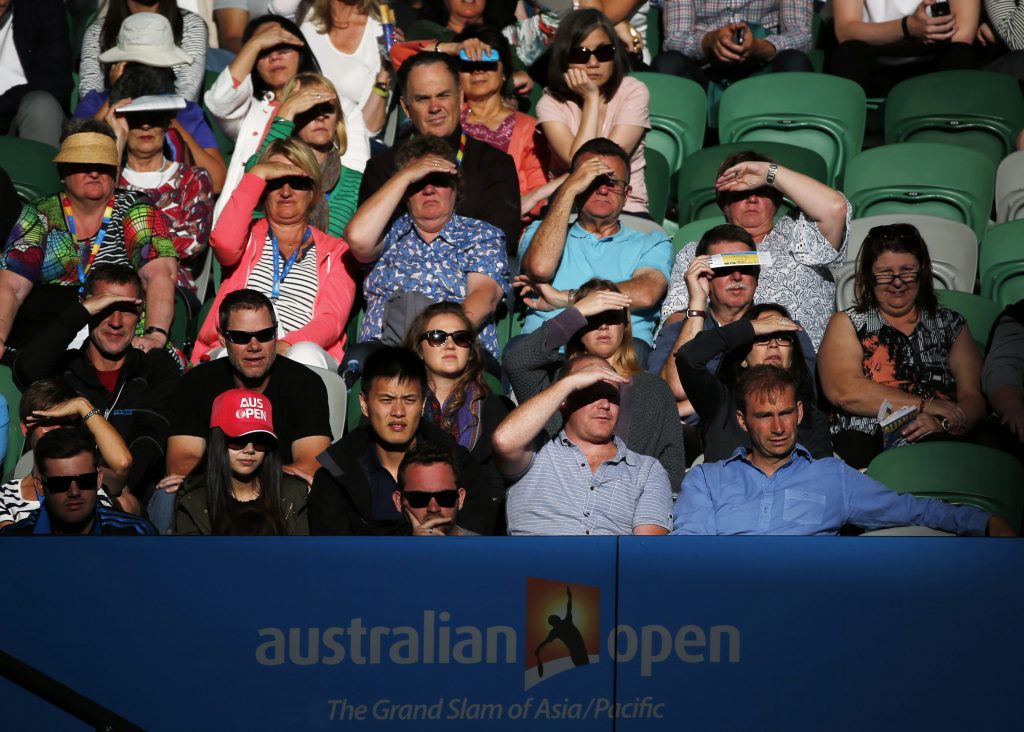 Taking a closer look at photic sneeze reflex could reveal important insights on other diseases. Photo by Athit Perawongmetha/Reuters

Ptáček studies the genetics behind episodic disorders like migraine headaches and epilepsy. His lab has collected surveys on photic sneeze reflex for years but has lacked funding to analyze the information in depth. He believes a dearth of money is to blame for few exhaustive studies.

“It’s hard to get funding because reviewers don’t think of it as a problem,” he said. “Instead, money goes to research on diseases like Parkinson’s and multiple sclerosis.”

“If we knew one or more genes that cause photic sneeze reflex, I don’t doubt that that might teach us fundamental things about reflex disorders like epilepsy.”

In most cases, sneezes summoned by sudden changes in light are relatively harmless. But the triple threat of bright light-induced temporary blindness, an induced sneeze and subsequent eyelid closure could be threatening under special circumstances. Case studies suggest high-wire acrobats, baseball outfielders and combat pilots may be adversely impacted. From personal experience, I can attest that sneezing after driving out of a dark tunnel at 60 miles an hour can be — at least temporarily — frightening.

“If we knew one or more genes that cause photic sneeze reflex, I don’t doubt that that might teach us fundamental things about reflex disorders like epilepsy,” he said. “Some of the most important advancements in medicine come from not being focused on medicine at all.”