An eclipse made this atheist photographer find God

With this summer’s total solar eclipse only days away, thousands of Californians are probably already on the road north to Oregon to get ready for Monday’s celestial spectacle.

But don’t fret if you can’t make the trip, because UC Berkeley and Google are producing a 90-minute film of the rare event. Citizen scientists and professional photographers will be staged all along the eclipse’s path of totality to capture footage, which will be stitched together into the Eclipse Megamovie.

The project is a dream come true for chief field photographer Mark Bender. He divides his life into two chapters: the one he lived before his first total eclipse, and the one he’s lived since.

“You’ve never experienced awesome until you see a total solar eclipse!” he exclaimed.

Bender’s passion was initially sparked in 1999. He was living in Scotland at the time as a filmmaker. That summer, a total solar eclipse was due in southern England — but not surprisingly, the forecast called for dreary conditions.

“There was probably only a 5 percent chance of seeing it because of bad weather,” said Bender.

But he and a friend decided to hit the road anyway. The night before the eclipse they were optimistic they’d made the right decision. They camped under a clear, starry sky near the beach.

But it didn’t last.

“When we woke up at 6 a.m., it was completely pea soup,” said Bender. “You could not see your hand in front of your face because of the fog.”

All morning they drove up and down the coast searching for a clearing. Eventually they slumped in their seats as they pulled into a socked-in parking lot. 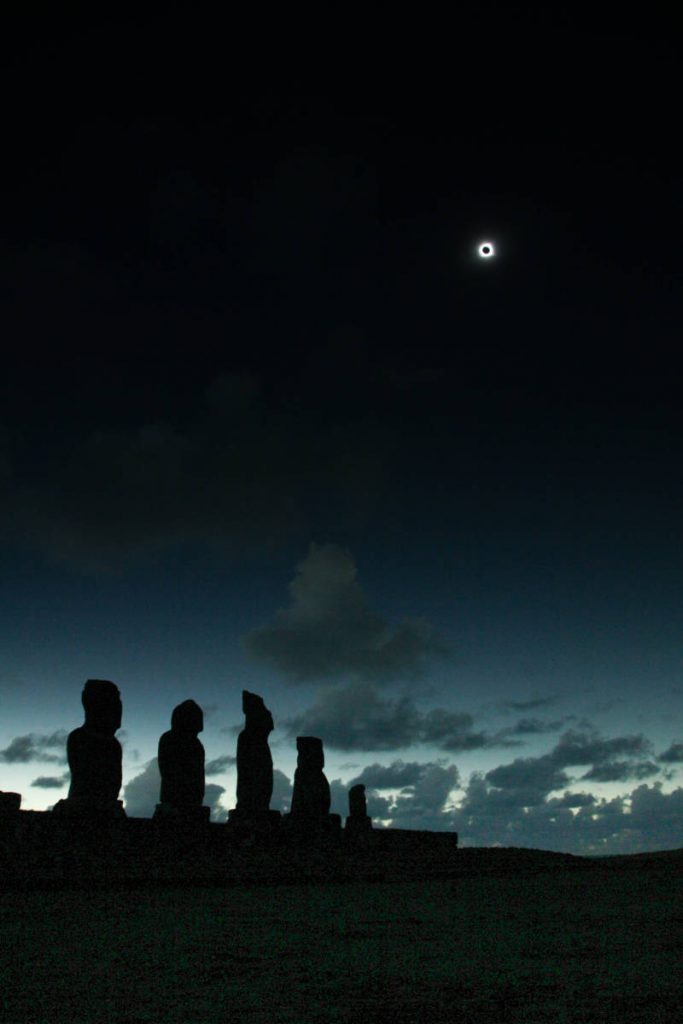 Then the temperature suddenly dropped. Shadows sharpened. The winds picked up.

“The clouds literally started to part as if like the Red Sea!” said Bender.

The sky opened just like the bible story where Moses parts the Red Sea for the Israelites. Bender’s jaw dropped.

“It was almost like graphic art,” he said. “There was this perfect kind of jet black pearl surrounded by this corona.”

Then he was struck with an epiphany.

The atheist suddenly turned Christian was an instant umbraphile, or shadow lover.

“I’m what’s known in the vernacular as an eclipse chaser,” said Bender. He now schedules his life around eclipses. For nearly 20 years he’s crisscrossed the globe to countries like Indonesia, Argentina, Norway and Bermuda.

Patricia Reiff is also a self-confessed umbraphile. She’s an astronomy professor at Rice University in Texas. She says there’s really only one word that describes the experience: orgasm.

“But it is a lot like that!” laughed Reiff. “It’s just — it’s just that kind of a whole body reaction.”

Reiff has seen many eclipses, and she says she loses her breath every time. Just like Bender, she says a viewing is spiritual.

“In the distance it kind of looks like a tornado,” said Reiff. “But then zoom! It washes over you and as it washes over you — you look up and there is the eclipsed sun in the sky. Like the eye of God staring down at you, it is one of the most dramatic things you’ll ever experience.”

Bender has tried to capture that sentiment for the last 18 years chasing eclipses. He’s tried over and over to make a documentary about the transcendental nature of an eclipse. But the quest has been excruciating because images and words don’t do it justice.

He hopes his team will have better luck this summer during the creation of the Eclipse Megamovie. Bender will have his camera rolling in Alliance, Nebraska. 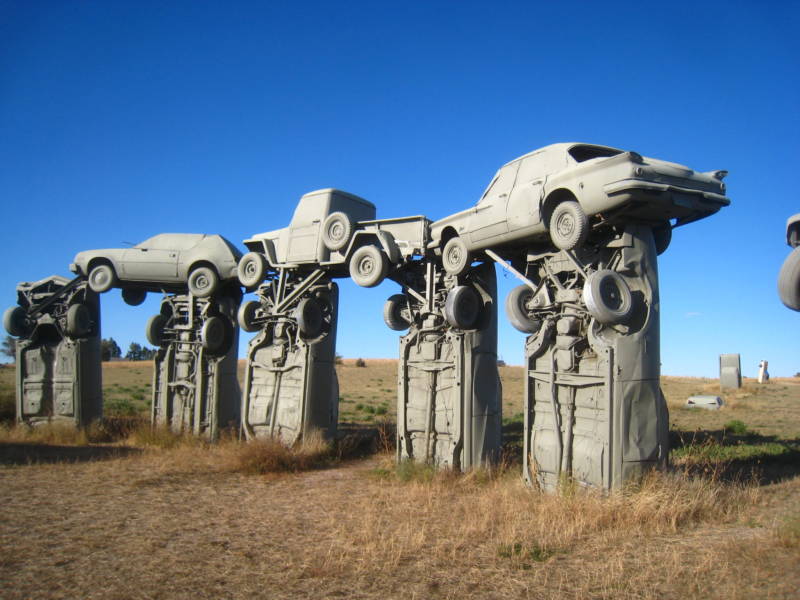 The lure is a clear forecast and a very unique tourist site called Carhenge.

“The only place that really struck me as complete Americana was Carhenge,” said Bender.

It’s modeled after Stonehenge. In the middle of dry cornfields, rusty automobiles spray-painted grey are stacked on top of each other just like the ancient rocks in England. Bender joked that there’s no better way to watch an American eclipse than through the silhouette of an automobile.

On a more serious note, Bender said, “I’ve realized that the story I’ve been trying to capture all these years is actually about the spiritual journey I’ve been on since the sky parted in Cornwall nearly 20 years ago.”

Bender now hopes to show audiences this summer that when the moon slides in front the sun, it awakens something inside. Something that just might change their lives.