Engineers want to fill up your tank with sunlight

Many cities and countries look to solar energy to replace coal burning power plant. Now a group of chemical and mechanical engineers want to harness the power of the sun to fuel cars, airplanes and semi-trucks.

If the energy from sunlight can be harnessed and boosted in a single spot, it can be used to break chemical bonds, explains California Institute of Technology chemical engineer Sossina Haile.

“What we’re doing is collecting enough to get a lot of heat and using that to drive chemical reactions,” Haile said, breaking water into hydrogen fuel or carbon dioxide into carbon monoxide.

She and University of Minnesota mechanical engineer Jane Davidson are working on that. In Davidson’s lab a solar simulator, an array of seven 7,000-watt lightbulbs, focuses its beams on a brick. It cranks out heat — 2,700 degrees Fahrenheit, enough to burn a hole through the brick. These experiments will help them understand how to harness that much energy and turn it into solar fuel. 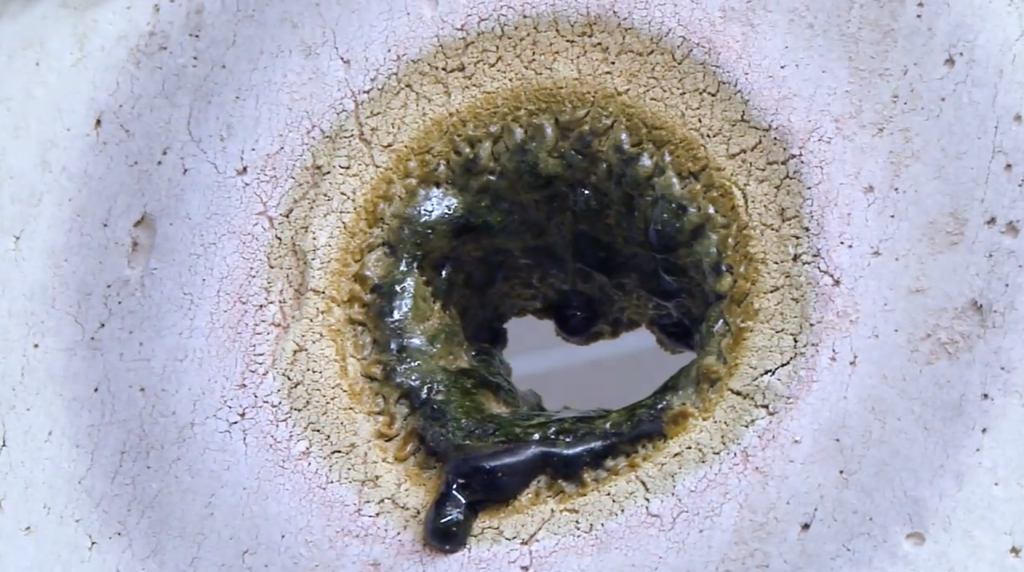 Experiments harnessing the power of sun burn a hole in this brick. If engineers can generate enough heat from sunlight, they drive chemical reactions and create renewable fuels. Photo by Science Nation/National Science Foundation

Miles O’Brien has more on this story for the National Science Foundation’s series “Science Nation.”*

*For the record, the National Science Foundation is also an underwriter of the NewsHour.

Left: Engineers are experimenting with new ways of harnessing the power of sun. If they can generate enough heat from sunlight, they can drive chemical reactions and create renewable fuels. Photo by Science Nation/National Science Foundation