There are times – good times – a biologist may experience the overwhelming urge to use an obscenity. This is one such time. That’s because scientists announced yesterday in the journal Current Biology that they have found an entire chunk of a feathered dinosaur tail trapped in amber – feathers, flesh, bone and all. It’s as if Mother Nature handed us an early Christmas present and said, “You’re welcome, science.”

Here are some glorious images of this brain-exploding find. 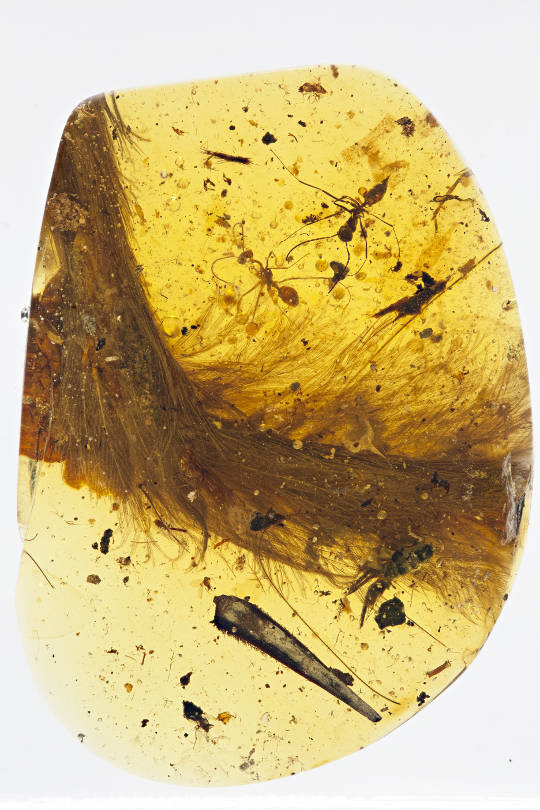 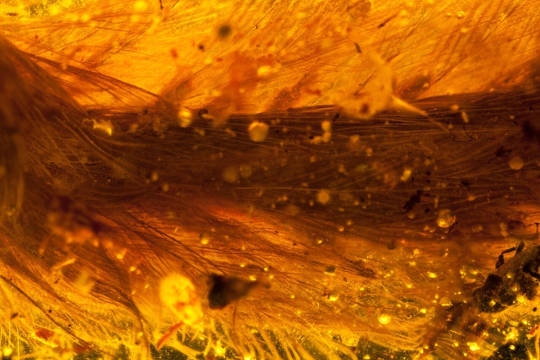 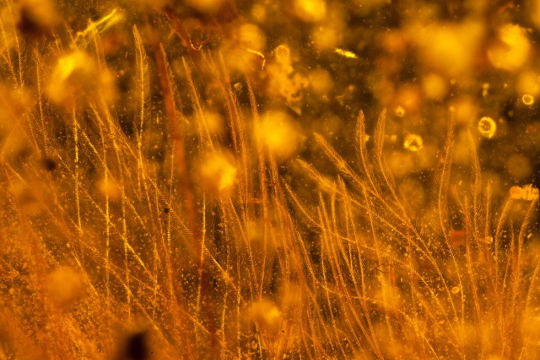 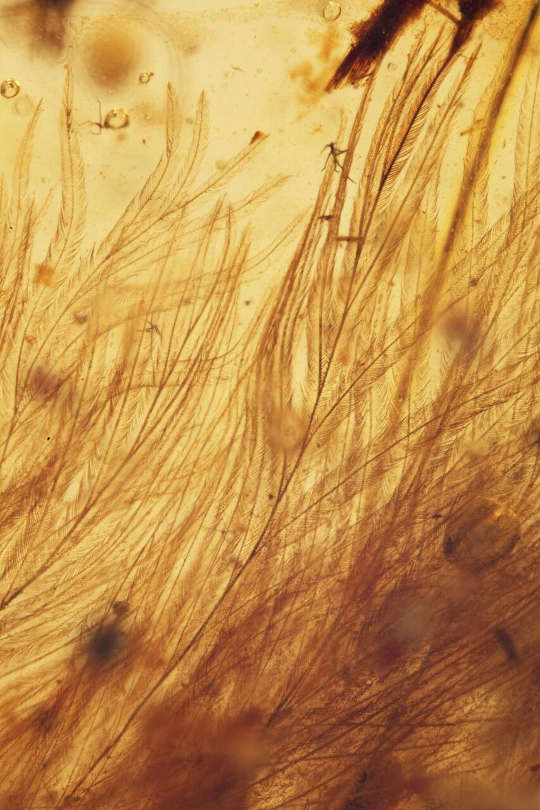 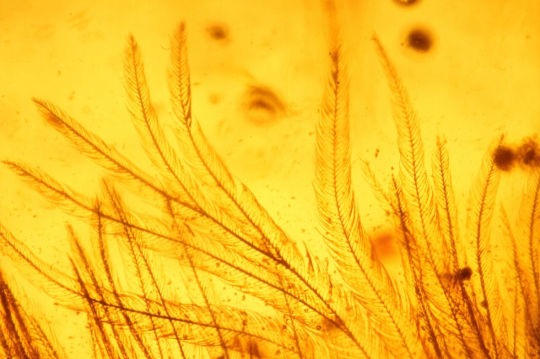 Again, because this bears repeating, these are REAL dinosaur feathers, people. Still in place on an actual dinosaur tail. AMAZING.

The color appears to have been chestnut brown on top and cream or white on the bottom, but it is possible the colors have been altered by, and it bears repeating here, the 99 million years they’ve spent in the ground.

This specimen almost slipped through our fingers. When found in an amber market in Myitkyina, Myanmar, it was thought to be some sort of plant (perhaps unsurprising considering the fern-like feathers) and was offered for sale for use in jewelry or as a curiosity. Lead author Lida Xing reconized its importance and saved it from becoming a bauble that would remain buried in obscurity.

The feathers occupy an interesting spot on the model of feather evolution, falling between two predicted stages (circled by an oval in image below). 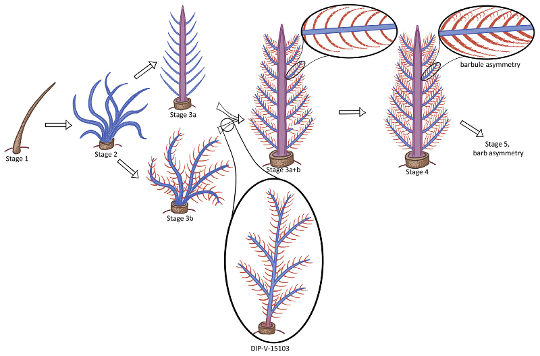 This fossil suggests that feathered dinosaurs had a much wider variety of feather forms than would be predicted sheerly by looking at modern birds and their development. Airy and flexible, they are more like the ornamental feathers of modern birds than stiff, compact flight feathers. If the whole animal was covered in feathers like these found on its tail, it is very unlikely to have flown, the authors say.

The scientists note in their paper that this find is especially special because, although dinosaur feathers have been found trapped in amber before, we don’t know which dinosaurs they came from. The eight and a half vertebrae trapped inside this gemstone permit the scientists to identify the long-tailed dinosaur that sprouted them. And here it is: 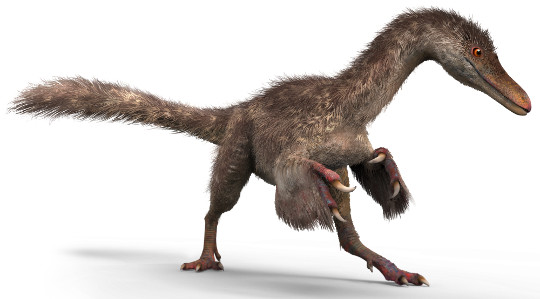 A small coelurosaur on the forest floor. Illustration by Chung-tat Cheung and Yi Liu

It was a young coelurosaur — a member of a group of dinosaurs that includes Tyrannosaurus — who somehow simultaneously managed to bob its tail (assuming it was still alive when the tail got trapped) and make some hairless apes 99 million years down the road exorbitantly happy.

This article is reproduced with permission from Scientific American. It was first published on Dec. 9, 2016. Find the original story here.