European Space Agency scientists are searching for signs that part of a $1.4 billion ExoMars space mission landed safely on the Red Planet.

Wednesday’s operation expected to lose contact with the Schiaparelli lander as it descended into the Martian atmosphere at 11:12 am EDT.

“Initial signals were received via the Giant Metrewave Radio Telescope (GMRT) as Schiaparelli descended to the surface of Mars, but no signal indicating touchdown yet,” operations scientists posted to ESA’s website.

Despite multiple attempts to confirm a successful descent, however, the lander’s status remains unclear. 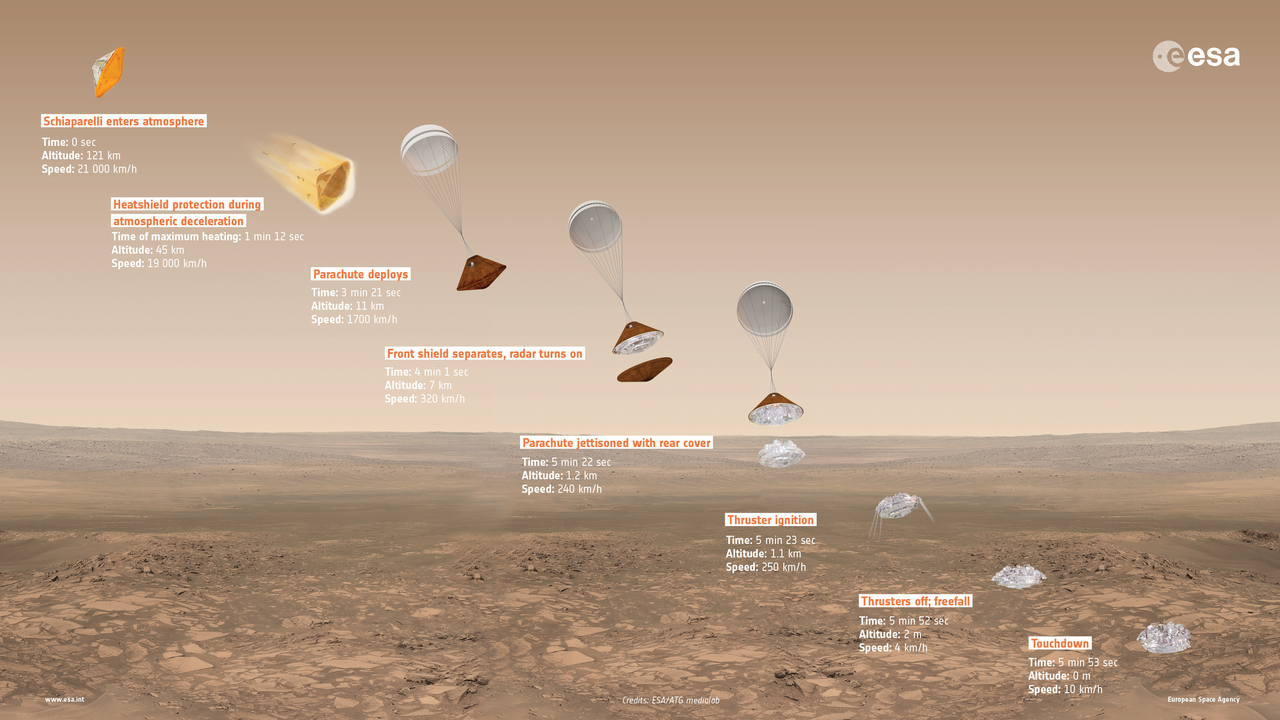 Mission scientists also attempted to analyze a recording of Schiaparelli’s descent, which was captured by an older ESA satellite called Mars Express. But the data proved inconclusive.

They must now wait for NASA’s Mars Reconnaissance Orbiter to scan the planet’s surface and determine the lander’s fate. But the next update on the lander won’t be issued until early Thursday morning.

Experts will work through the night to assess the @ESA_EDM situation – next news will be tomorrow morning at 10:00 CEST #ExoMars

ESA’s last attempt at a Mars attempt came in 2003 with the Beagle 2 rover. It successfully touched down, but it never transmitted a signal due to its solar panels failing to open.

NASA already has two rovers on Mars to study the planet’s dunes and craters.

You can watch the simulated ExoMars arrival and landing in real time here.

Left: Artist's impression depicting the separation of the ExoMars 2016 entry, descent and landing demonstrator module, named Schiaparelli, from the Trace Gas Orbiter, and heading for Mars. Photo by ESA/ATG medialab