This jawbone may change everything we know about early human history

When paleoanthropologist Louis Leakey discovered the 1.8 million-year-old Homo habilis in 1964, it was thought to be our first human ancestor. Because of its close proximity to stone tools, Homo habilis became known as the “Handy man.” Here was our first hunting, scavenging, tool-making, big-brained ancestor, Leakey said.

After “Lucy”, the older, ape-like Australopithecus afarensis, was uncovered in 1974, Homo habilis appeared to bridge the gap between older fossils and modern humans. It had smaller teeth and jaws, a bigger brain and more sophisticated hands than Lucy.

Human evolution had a nice clear line from Lucy 3.2 million years ago to Homo habilis to Homo erectus and finally Homo sapiens — us. Or so it seemed.

“It was wonderfully Darwinian,” said William Kimbel, director of the Institute of Human Origins at Arizona State University. And, he added, it was likely wrong.

“Fifty years ago, it was pleasing and consistent that there was one early Homo form,” he said. “And it now appears to be much more complicated.”

A digital reconstruction in the journal Nature this week brings Homo habilis into focus. And a newly discovered fossil likely represents the earliest known member of our Homo genus, tracing our lineage – and human evolution – back farther than ever.

After the big Lucy discovery, more bones were unearthed and more species discovered, and human evolution branched out from its neat straight line, adding new members to the Homo genus. The human family tree expanded to include Homo rudolfensis, which had a bigger brain than Homo habilis and a less Lucy-like face. 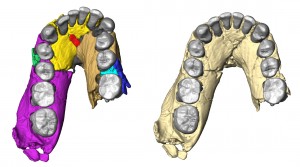 Image on the left shows the original Homo habilis jaw fossil, which was distorted and uneven. Scientists digitally reconstructed the fossil, seen on the right. Image courtesy Fred Spoor.

Meanwhile, Homo habilis was poorly understood, said Fred Spoor, paleontologist at University College London and one of the authors of the study in Nature. For 50 years, adding new fossils to Homo habilis was a struggle, Spoor said. Whenever a new fossil was found, anthropologists compared it to the original bones to determine if it was a Homo habilis or not. And those original bones were in lousy shape, said Philipp Gunz, a paleoanthropologist at the Max Planck Institute for Evolutionary Anthropology, and an author on the Nature paper.

“It was really crushed,” Gunz said, of the original habilis fossil. The jaw was distorted, uneven. The incisors were cracked, like it had taken a punch, Spoor said. The braincase fragments were flattened like pancakes.

So Spoor and his colleagues ran the bones through a CT scanner and spent weeks painstakingly reconstructing the fossil digitally, correcting for all the distortions. They made the lower jaw symmetrical again, and designed an upper jaw that fit into it.

“It would have had very jutting face,” Gunz said. But its brain was bigger than expected, a little more than half the size of our own, he said. 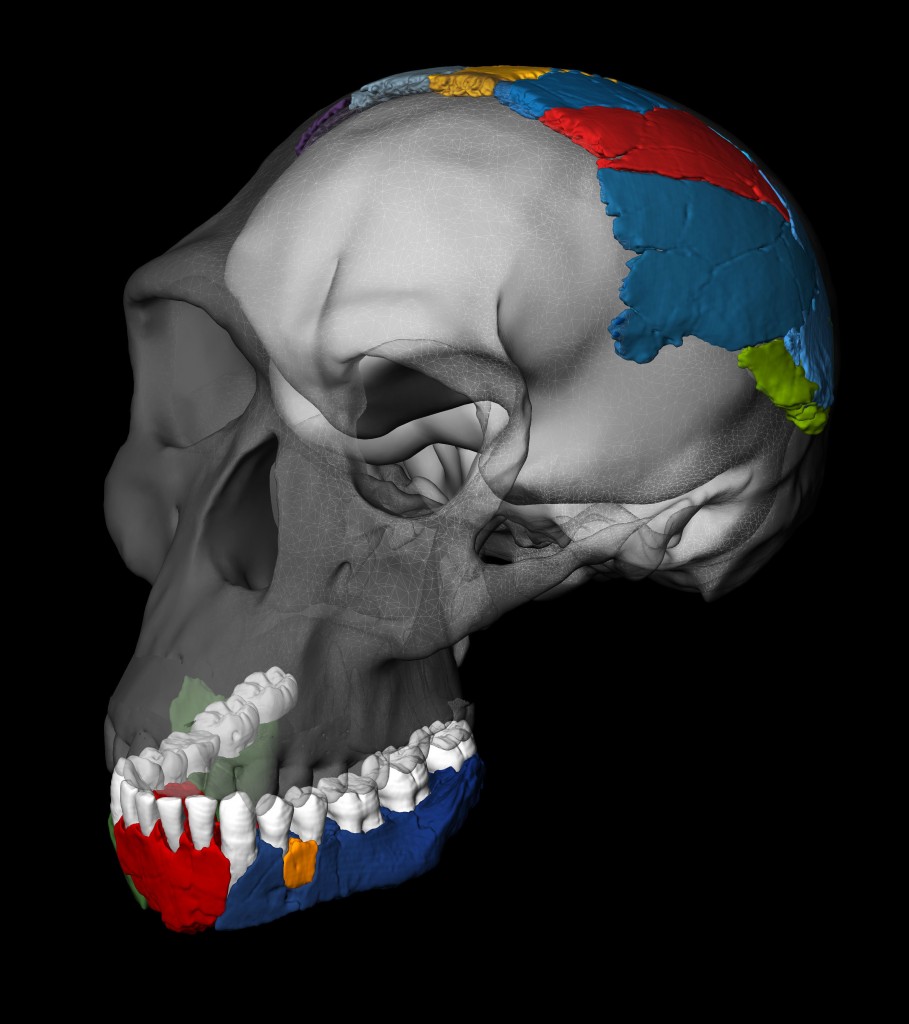 Now scientists believe they have found the origins of that lineage. A recently discovered hominid jaw dating between 2.75 and 2.8 million years old may be the real ancestor to Homo habilis — and perhaps to us. The finding is published in the journal Science this week.

This bone, named the Leidi-Geraru jaw, after the excavation site in Ethiopia where it was unearthed, looks more like Spoor’s reconstructed Homo habilis than Homo rudolfensis. Scientists can’t classify it either as a Homo habilis or as a new species just yet. But it means that the whole Homo genus, which later lead to modern humans, split from Lucy much earlier than expected. 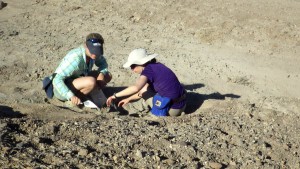 “It’s the first fossil we have on the branch that leads to us,” said Brian Villmoare, professor of anthropology at the University of Nevada Las Vegas, in a press conference this morning.

All these bones confirm what anthropologists already believed, that our earliest Homo ancestors evolved in East Africa from Lucy, Kimbel said. There are few fossils between Lucy 3.2 million years ago, and the Homo habilis bones about 2 million years ago, he said. But anthropologists still don’t know when some of these features — eating meat, a rounded jaw, nimble hands, bigger brains — that make us uniquely human came about, he said.

“We look backward for a unique package of characteristics that we recognize as human,” Kimbel said. “But how many evolved at the same time and how many were acquired piecemeal? Did changes in the brain and teeth evolve together or were they acquired over time? These are pressing issues that we still don’t have the answers to.”

We need more information to determine whether Homo habilis and this new jawbone are good transitional fossils, said Rick Potts, director of the Smithsonian’s Human Origins program. But each fossil is like a snapshot of evolution in process.

“What that means is that there has to be a diversity of species that exist before the earliest known fossil of genus Homo. With at least two lineages, only one could have been a direct ancestor of us,” Potts said. And that raises a lot of questions, he added.

“Why did one die out? Or is neither a direct ancestor and does the fossil record have other surprises in store?” he asked.

Left: This is Olduvai Hominid 7 (OH 7), a partial lower jaw, bones of the braincase and hand bones of the first Homo habilis, also known as "Handy man." Credit: John Reader