Geeking Out on Pi Day: For the Love of Pi and the Tao of Tau 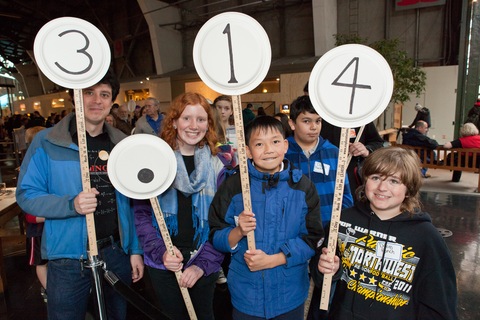 March 14 is Pi Day, the official celebration of the mathematical constant pi, the number that represents the ratio of a circle’s circumference to its diameter. It’s a geek’s holiday, and I say that as a fellow geek who brought pie to her office to celebrate. 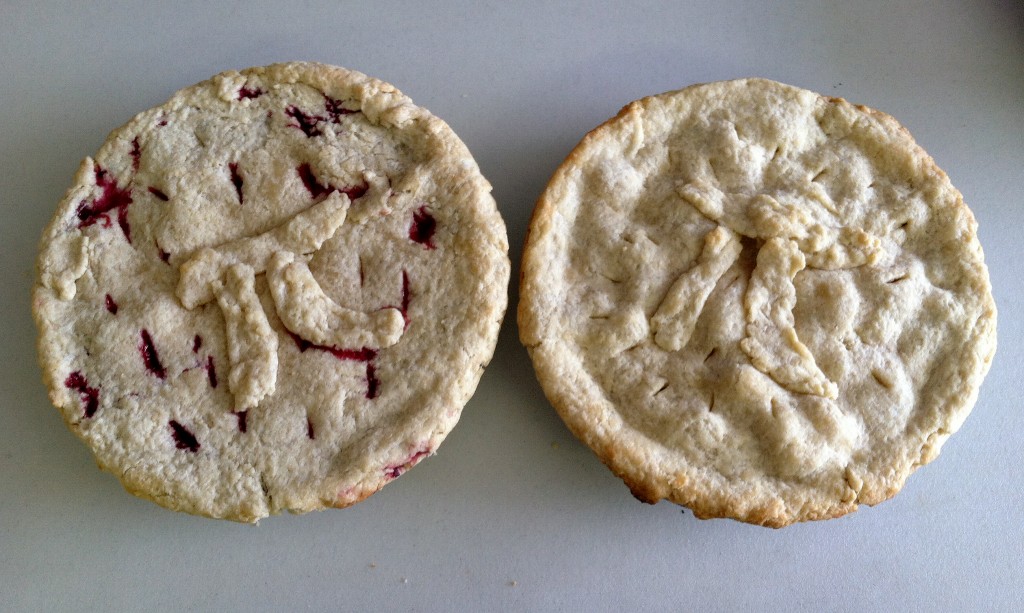 What makes pi so special? Pi has mystified mathematicians for centuries, because it’s an incredibly complex way to describe the simplest shape, says David Blatner, author of “The Joy of Pi.”

No matter how large or small the circle, the ratio is always 3.1415926 … I could go on forever because, as an irrational number, pi never ends. To date, pi has been calculated to 10 trillion digits past the decimal point, a figure that took enterprising computer scientists 371 days to calculate.

But the numbers of pi are random, with no repeating patterns. Blatner says it’s that unknown, infinite quality that draws people to pi.

“Pi is ubiquitous in pop culture. That’s weird for a number, for something out of math,” Blatner said. “It strikes a dissonant chord within us. How can something so simple as a circle — the most simple shape in a universe — how can it be defined by something we cannot know?” 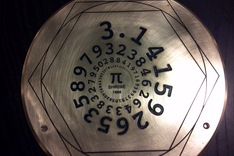 Look around — pi shows up everywhere. It’s in movies, like Darren Aronofsky’s “Pi” , and it was the inspiration for the title character’s name in “The Life of Pi.” The secret code in “Mission Impossible”? Job 3:14 — another pi reference. Sandra Bullock unlocks a web of information when she clicks on a pi icon in “The Net.” Kate Bush sings out 100 digits of the number in her song “Pi.” Givenchy named a cologne after it. Your birthday, anniversary or high school locker combination can all be found in pi, and this site will find its place in pi for you.

“We come across pi very early in the educational world,” said Rob Semper, director of programs for the Exploratorium in San Francisco, which held the first Pi Day celebration 25 years ago. “It almost becomes a character and that’s why it becomes fun to celebrate it and engage with it.”

Pi even has its own language, so to speak. The book “Not a Wake” by Mike Keith is written in Pilish, a style of writing where the letters in each word follow the digits of pi. These are the first two lines of the book:

Now I fall, a tired suburbian in liquid under the trees, Drifting alongside forests simmering red in the twilight over Europe.

“No one has ever done this with pi,” Keith said. “No one has really explored this. The digits of pi are interesting pieces themselves. They’re random and weird and unpredictable, and that’s philosophically interesting.” 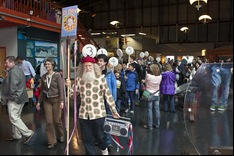 In 2009, Congress officially recognized March 14 as a holiday to encourage math and science education. People celebrate by eating pies, the appropriately circular and homophonic pastry, but others take it farther. The Exploratorium writes 314 digits of the number in the sky. (Pi in the Sky — get it?) They hold a pi parade, where hundreds of participants hold each of the digits in sequence and walk to the newly installed Pi Shrine, a brass plate with the Greek symbol and the digits listed into infinity.

“So much of math in schooling seems rigorous….But here, you can play with something and make it fun,” Semper said. “I find it very joyful.” 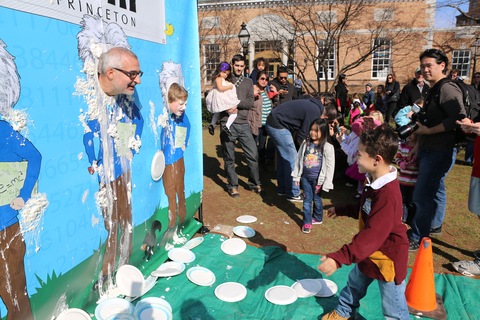 Pi Day participants in Princeton, N.J., throw pies as part of the festivities. Proceeds from the festival go to a fund for local high school students who wish to attend college. Photo by Ferrari Iris.

Pi Day also happens to be Albert Einstein’s birthday, so in Princeton, N.J., Einstein’s American hometown, Pi Day takes on special significance. The four-day festival includes an Einstein look-alike competition, pie judging, pie throwing and a pi recitation contest, where competitors recite as many digits of pi as they can before making a mistake. (The Guinness Book of World Records lists Lu Chao as the champion for this sport, memorizing 67,890 digits.) Princeton’s celebration drew 9,500 people to the “academic Mayberry” this year, said Mimi Omiecinski, the event’s organizer. She said it’s also a day to elevate mathematicians and other “geeks.”

“If you’re a geek, or you’re like me and you get crushes on them, this is the one time to make them feel like a rock star,” she said.

But pi has a rival. There is a growing movement to acknowledge tau — the ratio of a circle’s circumference to its radius, which is two times pi or roughly 6.28 — as the superior constant number. Michael Hartl, author of “The Tau Manifesto”, a tongue-in-cheek argument for using tau, said in most geometry and trigonometry equations, 2pi is necessary. So why not simplify and just use tau? Using pi is measuring everything halfway, Hartl points out. It’s like reaching your destination and saying you are twice halfway there, Keith added.

Math departments can become divided on the issue, Hartl said, but others are taking up tau’s cause. And its holiday — June 28 — is also growing in popularity.

“If you want to out-geek the geeks, you celebrate Tau Day. It’s like the hipster Pi Day,” he said.

But what do you do to celebrate Tau Day? You eat twice as much pie, Hartl said.

We want to know how you’re celebrating Pi Day. Include @NewsHour in your #PiDay tweets and Instagram photos and check out others’ Pi Day festivities below.