Forget stitches. These slug-inspired adhesives could soon heal your wounds

Stitches are the worst. They pop open. They leak. They can get infected, and even hurt sometimes.

Doctors want to replace stitches for good, but the requirements for a new medical adhesive are steep. Enter the lowly slug.

Researchers at Harvard University have now invented new super adhesives inspired by a slug. These liquid bandages stick to wet surfaces, stretch and move with twisting body tissues and refuse to break under incredible strain. This slug glue is unbelievably strong – with an adhesive strength that is two to five orders of magnitude higher than Super Glue and commercial medical adhesives. It could ultimately ease the healing process with a more secure way to close the wound.

The team’s slug of choice was the Dusky slug. When this tiny, slow-moving slug gets startled, it secretes a watery, sticky gel that sets rapidly, Li said. Not just a weird animal trick, this glue has another purpose. It prevents the slug from getting knocked off branches or snatched up by birds. 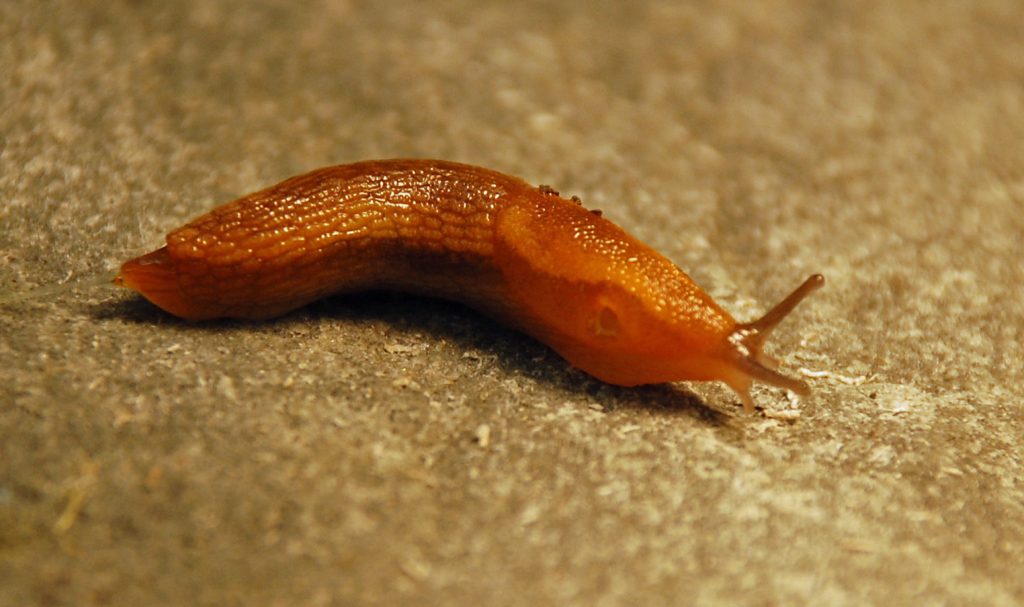 “This particular slug has largely solved what we wanted solve,” Harvard bioengineer David Mooney said. Over the course of three years, Mooney’s team developed a batch of adhesives that mimic the amazing properties of slug glue. In a paper published Thursday in Science, they show the capabilities of their adhesives.

Their slug-inspired adhesives are made of a network of polymers — many identical molecules strung together in a matrix. These polymers form chemical and electrical bonds with surfaces, making them remarkably adherent. Unlike a rubber band, which stores energy as it stretches and releases energy when it snaps back into place, the entangled string-like polymers form a fabric which dissipates forces making them nearly unbreakable.

The innovative material is incredibly sticky, with an adhesion energy 10 to 50 times any commercially available adhesive. They can also cling to tissues coated with blood or other body fluids.

A demo of how well the slug-inspired adhesive sticks to pig skin, even when wet with
blood. Photo by J. Li, D. Celiz, J. Mooney

The team tested their adhesive on a variety of surfaces, showing it can affix to skin, cartilage, arteries, and livers. They even tested their glue on a blood-covered beating pig heart, demonstrating its effectiveness to adhere to wet, moving tissues.

“That’s very impressive to have one type of adhesive that can do such a good job under different types of tissues,” bioengineer Phillip Messersmith said. Messersmith was not involved with the study and works on marine mussel-inspired adhesion at University of California, Berkeley. Mussels are not strangers to super adhesives, secreting one capable of adhering to rocks or jetties, even in a pounding surf.

“One notable tissue that is not present in the report, which might require a different approach would be hard tissues like bone,” Messersmith said. “If you can do the same thing with bone, I think it would be really amazing.”

Ithaca College biologist Andrew Smith studies slug mucus to find a similar biomedical glue to replace stitches and sutures — which he deems as an “ancient technology.” Stitching up a wound is difficult because tissue is soft and can tear easily. Plus, stitches can cause scarring and be routes for infection.

“They are a very crude way to put together a human body. The idea that could you seal a wound with a glue – I think it’s time to take this step,” Smith said. 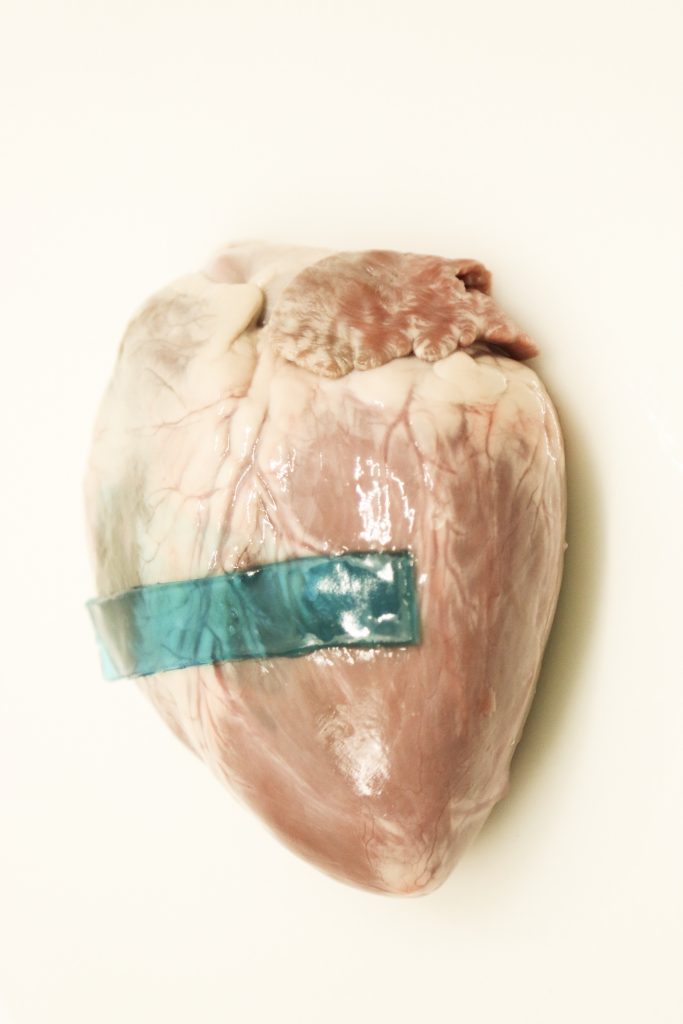 But many steps are needed before such glues can land in operating rooms, including FDA approval which can be a lengthy process.

To achieve that, Jianyu Li, Harvard mechanical engineer and study co-author, said they are working on a version of the material that is non-toxic and gradually dissolves in the body, like stitches do, and will make them safe for use on humans. If successful, this glue could be used to close wounds, cover puncture holes and even affix medical devices, like pacemakers or monitors, directly to the heart allowing doctors to monitor heart function, or provide medical support to a failing heart.