How to get an octopus to cooperate at his photo shoot

In 2002, photographer Kent Treptow first picked up a $10 two-gallon aquarium, a hand-held light, and his camera and headed to Newport Beach’s rocky tidepools to capture the sea creatures there.

But as photo shoots go, sea cucumbers, sea slugs and octopi were not the most cooperative of subjects. For one thing, try getting a good shot when your subject is the size of your pinky nail, Treptow said. There was the octopus that kept climbing out of the tank. And the many critters that hid under the plastic sheet, skittering away as he adjusted the light.

“It’s just ridiculous watching this grown man on his hands and knees trying to get this slug to turn the right way,” Treptow said.

After seeing his photos, the city of Newport Beach hired Treptow to snap portraits of life in the tidepools and intertidal areas for a traveling exhibit, a sort of moving aquarium called the Interactive Sealife Outreach pod or ISOpod, designed to teach beachgoers how to properly interact with their ecosystem. So this past year, Treptow scaled up the project.

Depending on the tide, the pools furthest from shore may only be a few inches deep, but the beach still hosts a diversity of marine life, also including flatfish, kelp, mussels, hermit crabs, sharks and clams. And documenting these creatures is important, as visitors unintentionally trample many of them, causing a loss of biodiversity along the shore, said Michelle Clemente, marine resource protection specialist for the city of Newport Beach.

ISOpod had been on Clemente’s wish list for three years, but the city only recently acquired the funding.

“I knew someone who knows (Kent), and he sent me a photo, and I said, ‘Who took that? It’s phenomenal.’”

To provide a clean, simple backdrop, Treptow used a white plastic sheet, which he laid inside the tank. He was stunned by the behavior of some of the animals, like the sea cucumber, which seemed mundane and uninspiring, turd-like, he said, until viewed up close.

“It puts its face up against the glass, and it looks like a monster from outer space,” he said. “It looks scary. And it’s a freaking cucumber.”

View more of the photos below. 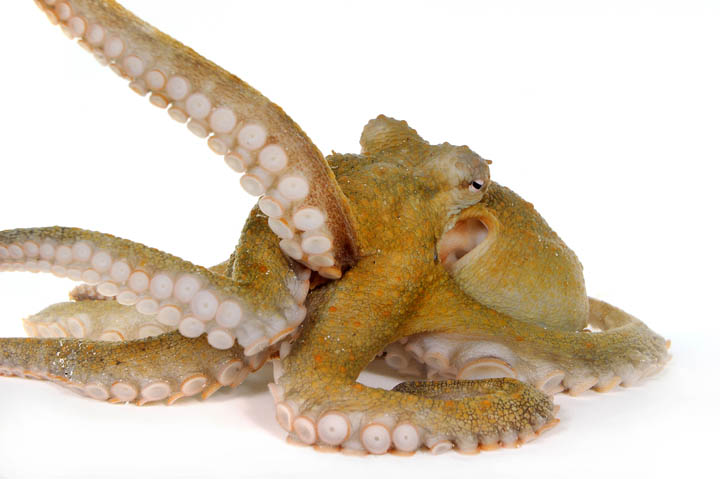 Startled by the unfamiliar white background, this octopus rapidly changed colors, turning from red to green to yellow before finally settling on this color. “It was like giving someone a math problem and watching them figure it out,” Treptow said. Photo by Kent Treptow 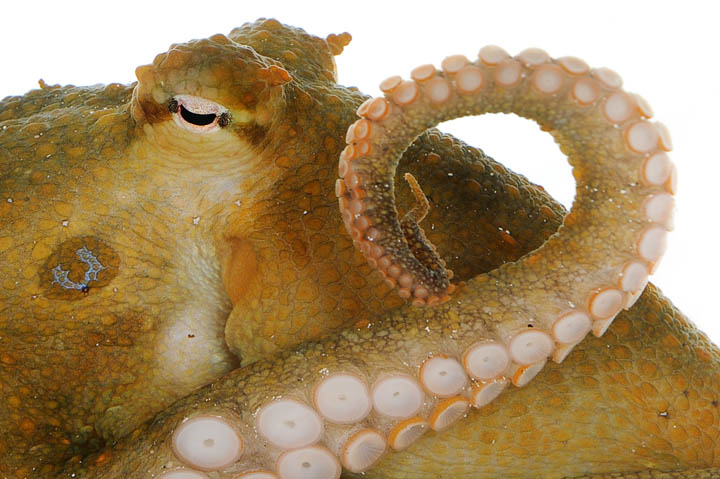 A two spotted octopus found in the tidepools of Newport Beach, California. Photo by Kent Treptow 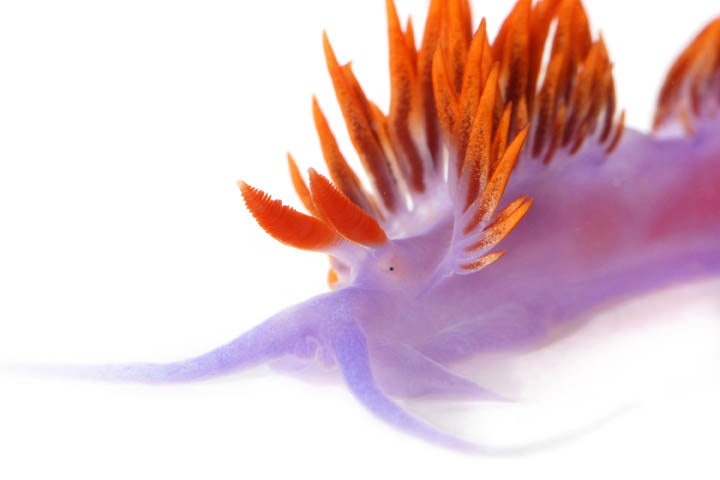 This camera-shy Spanish shawl, a small sea slug, tried to hide under the white background. Treptow had to carefully turn the penny-sized creature to capture this shot. Photo by Kent Treptow 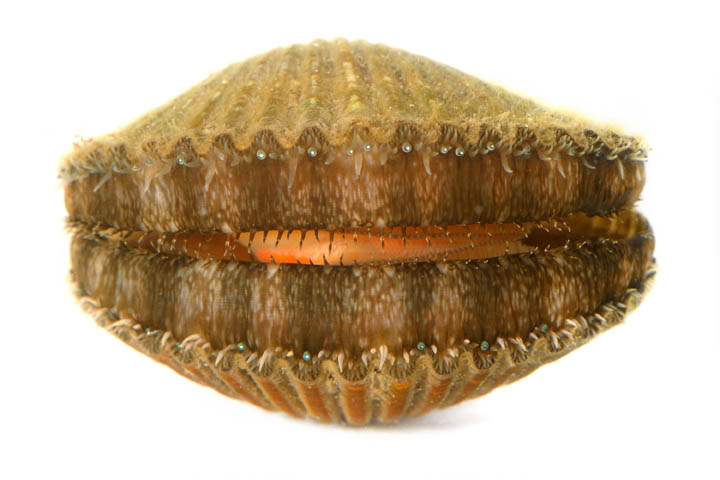 The tiny turquoise dots lining the shell of the calico scallop are the animal’s eyes. Photo by Kent Treptow 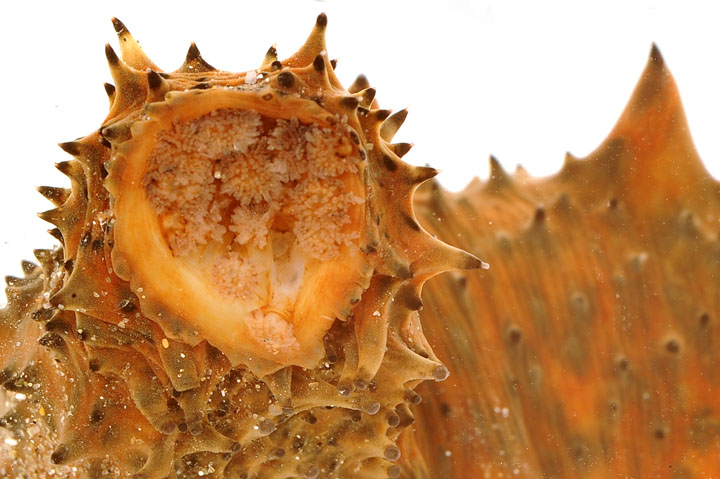 California sea cucumbers feed on tiny particles like algae or waste and are prey for fish and other marine animals. Photo by Kent Treptow 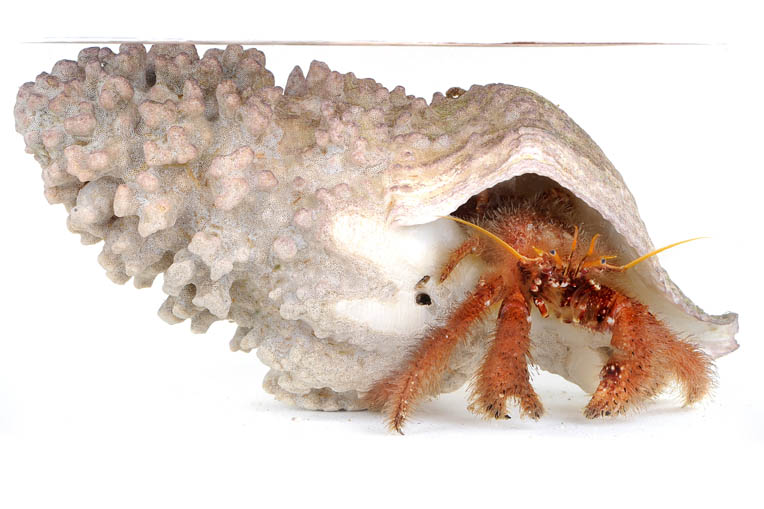 You can view more on Kent Treptow’s website and his Tumblr page.

Left: Up close, the scales of this diamond turbit found in the tidepools in Newport Beach, California sparkled. Photo by Kent Treptow