Tonight on NewsHour Weekend, we report from Hawaii, where a battle has erupted in Kauai between residents concerned about public health and large companies developing genetically modified seeds.
Funding for this story provided by Pacific Islanders in Communications.

The Big Five and the Fall of a Queen

Agriculture has long been a political flash-point in Hawaii. By the mid-1800s foreign-owned plantations growing sugarcane became to dominate the landscape and the local political structure. Indentured workers were brought in droves to work in the fields. 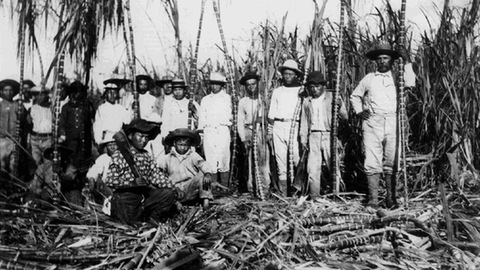 On January 28, 1893 The New York Times ran the following Headlines:

A Revolution In Hawaii

Queen Liliuokalani Deposed From The Throne
Grasping For More Power She Fell
The Monarchy Abrogated And A Provisional Government Established — A Commission To Ask For Annexation To The United States — Troops From The United States Warship Boston Preserving Peace In Honolulu — The Overthrow Of The Hawaiian Dynasty Accomplished Without Bloodshed — The Movement Precipitated By An Attempt Of The Queen To Secure More Absolute Prerogatives. 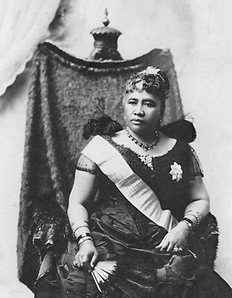 On Jan. 17, 1893, Hawaii’s monarchy was overthrown when a group of businessmen and sugar planters forced Queen Liliuokalani to abdicate. The coup led to the dissolving of the Kingdom of Hawaii two years later, its annexation as a U.S. territory and eventual admission as the 50th state in the union.

In 1993, Congress issued an apology to the people of Hawaii for the U.S. government’s role in the overthrow and acknowledged that “the native Hawaiian people never directly relinquished to the United States their claims to their inherent sovereignty.”

Find out more about Queen Lilluokalani from American Experience.