Why do honeybees die when they sting?

We return to our Just Ask feature, where experts tackle your questions on science and technology.

Why do honeybees die when they sting?

When a honeybee stings, it dies a gruesome death. The bee’s stinger is structured in such a way that once it punctures human skin, the bee can’t yank it out without self-amputating. As the honeybee tries to pull out the stinger, it ruptures its lower abdomen, leaving the stinger embedded, pulling out instead a string of digestive material, muscles, glands and a venom sac. What results is a gaping hole at the end of the abdomen. 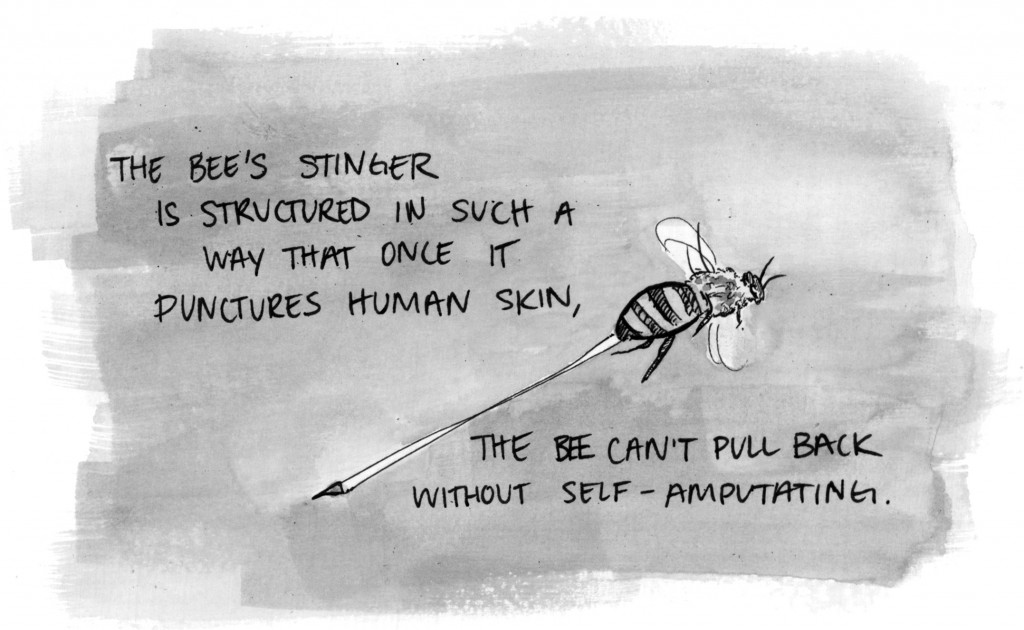 “It’s kind of like bleeding to death, except bees don’t have blood,” said Eric Mussen of the University of California at Davis. Mussen is an apiculturist, a fancy word for beekeeper. “It’s fake, clear insect blood.”

The honeybee stinger is hollow and pointed, like a hypodermic needle, Mussen said. It contains two rows of lancets, or saw-toothed blades. These blades are barbed in shape, and face outward like a harpoon. 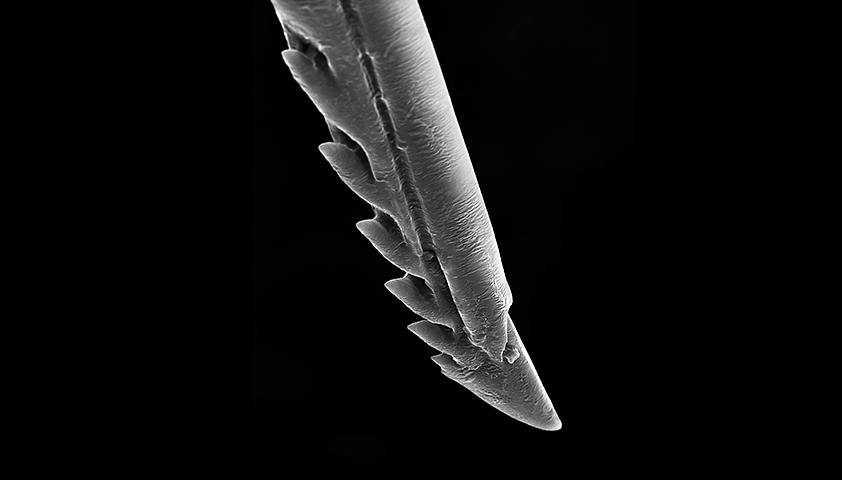 As a bee stings, the blades alternate, “scissoring together into your flesh,” said Mark Winston, biologist and author of “Bee Time: Lessons from the Hive.” It looks — and works — like a screw anchor, meaning that once in, the stinger can’t retract. Muscles connect the stinger to a venom sac, from which a cell-destroying toxin is pumped into the hole. 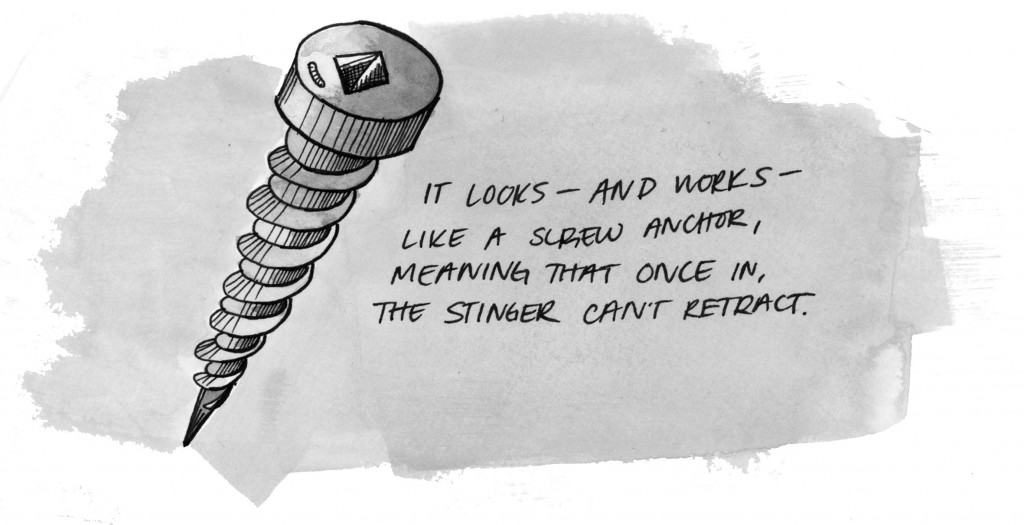 The scent of the venom released from the honeybee signals a threat to the hive. And weirdly, it smells like bananas, Mussen said.

But lets back up. It is only the female honeybees, also known as the worker bees, that sting. Each hive contains some 60,000 worker bees, followed by a few hundred male drones and a single female queen bee.

Worker bees are like disposable soldiers for the colony: their sole function is to gather nectar, pollinate, and defend the base. They are all infertile females. The queen lays all eggs and the drones fertilize them.

The queen bee only stings when fighting for dominance against another queen, Winston said.

And while the hornet and the wasp are known for being more aggressive, honeybees are more docile, and typically only attack when threatened.

“A wasp or a bumblebee can sting again and again, but the honeybee only gets you once, and it’ll get you good,” Mussen said.

Correction: An earlier version of this post incorrectly described the “alarm pheromone” released by honeybees. It does not contain potassium. The university where apiculturist Eric Mussen works was also incorrect in an earlier version. It is the University of California at Davis.

Left: It is only the female honeybees, or the worker bees, that sting. Photo by Flickr user Andreas