How artificial intelligence spotted every solar panel in the U.S.

Across the country, solar panels are soaking up sun rays and converting their energy into electricity, but without a good handle on their locations and capabilities, these scattered and unpredictable power generators also create headaches. That’s why Stanford University engineers have developed a way to find every solar panel in the contiguous United States.

That’s where the Stanford research team comes in. A new paper published Wednesday in Joule presents how to spot solar panels buried in an enormous database of satellite images using a deep learning computer model. Utility managers, researchers, policy makers, developers and curious onlookers can check out an

“This is really cool work,” said Budhendra Bhaduri, a scientist at the Oak Ridge National Laboratory in Tennessee who was not involved in this paper. Publicly available information on this scale, he said, could help revolutionize the future of energy.

How the scientists taught a computer to see solar panels

Our human eyes learn from birth to dissect an image into its many layers of texture, edges, colors and depths. From there we assign meaning to what we see.

Computers also have to start that process from scratch, and that’s the benefit of deep learning, said Ram Rajagopal, a Stanford engineer and one of the senior authors on the story.

Rather than a person laboriously teaching a computer to locate features of an image, their computer teaches itself using huge quantities of images. 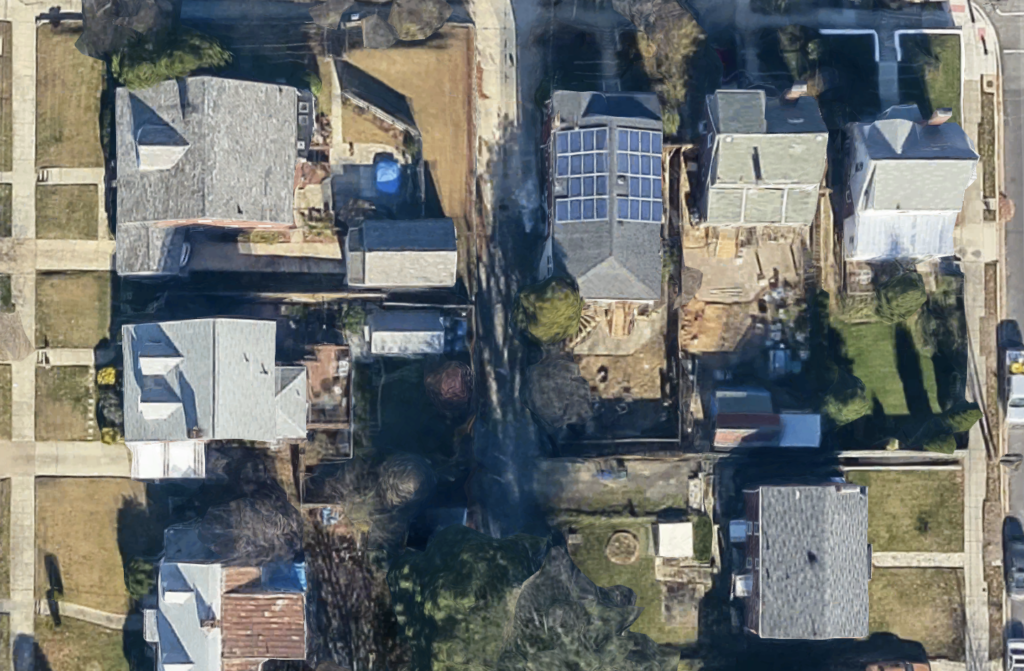 From satellite images like this, the DeepSolar neural network can identify solar panels. Image courtesy of Google Maps

The researcher’s modified network, now known as DeepSolar, scanned more than a billion image “tiles” — areas of the U.S. larger than a neighborhood but smaller than a zip code.

Each tile contained 102,400 pixels, and the neural network classified each pixel in each tile, judging whether it was likely part of a solar panel, or not. What could have taken humans years, if not lifetimes, took DeepSolar less than a month.

Once DeepSolar had identified a pixel that it recognized as a solar panel, the network could use that information in concert with the pixels located nearby to calculate the size of solar installations across the country. The result is a database of the location and size of every recognizable solar panel across the lower 48.

DeepSolar found sunnier areas had greater solar adoption than places with less average sunlight, as you might expect. But the model could put an exact figure on the sunshine cutoff point, where residents were unlikely to adopt solar. Places below 4.5–5 kilowatt hours of solar radiation per square meter per day — for example, decently sunny cities like Norfolk, Virginia or Bend, Oregon — had essentially no rooftop solar panels.

Contrary to expectations, “a lot of these trends are highly non-linear,” Rajagopal said.

Another surprising result, Rajagopal said, was that solar panel adoption was higher in areas of increasing average household income, until the average reached about $150,000 per year. At that point the rate of solar panel installation leveled off. “That was quite striking,” Rajagopal said, because there’s no clear explanation yet for why wealthy people would adopt solar at a slower rate than middle-income households. 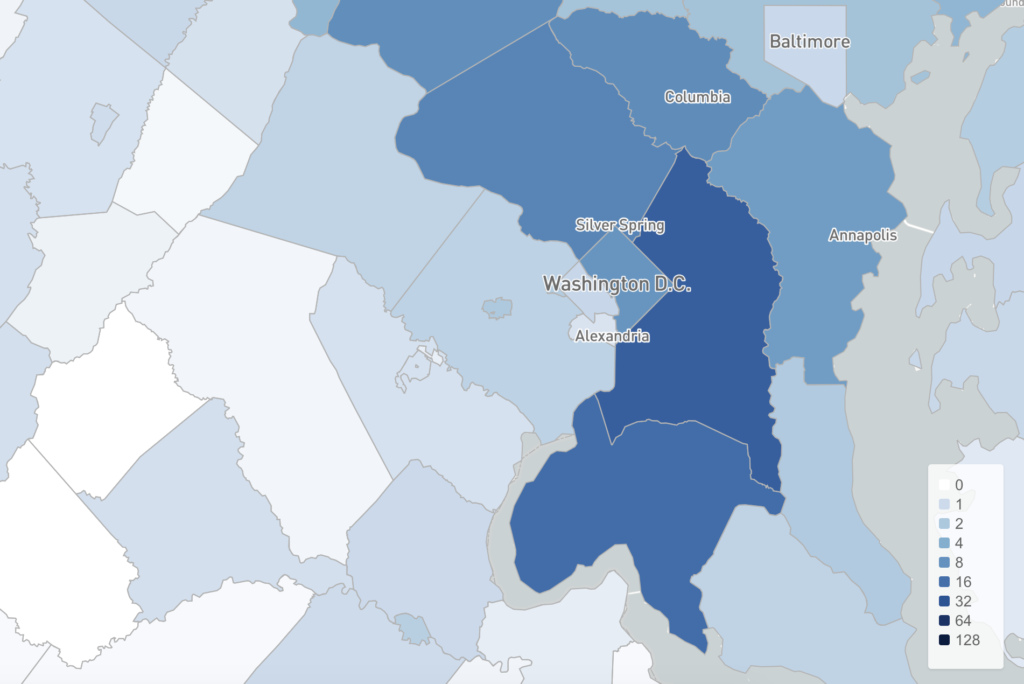 In a screenshot from the DeepSolar website, a color gradient shows heavy solar panel adoption in Maryland compared to nearby Virginia, possibly because of different incentives in the two states.

More than 2 percent of all power generated in the United States comes from the sun, according to the Solar Energy Industries Association, the trade association of the nation’s growing solar industry.

“Everyone has always recognized that a nationwide dataset would be really valuable,” Bhaduri said. “It really shows which parts of the country are likely to have solar panels and which can gain from solar panels.” That, he said, is incredibly useful information for a wide range of people.

Policymakers who want to incentivize solar adoption, for example, would know where to apply tax breaks for maximum impact.

Utility managers could use the information to plan for their own power production in the short term (less on sunny days, more when heavy clouds block the sky). In Germany, energy overloads due to the rapid adoption of renewables have spawned power surges and occasional increases in carbon emissions from fossil-fuel plants. Utilities can also use DeepSolar to determine whether new and expensive power plants might become obsolete before they’re built.

Entrepreneurs will know where to set up smaller, decentralized power grids thanks to DeepSolar.

“It adds a lot of resiliency in case of hazards and disasters when you are the generator of your own electricity,” Bhaduri said. “I always think about the upcoming disruptors. What is the Uber or Airbnb for energy? Who will create micro-energy economies where people are sharing energy with each other?”

Left: Solar panels catch sun rays and turn them into electricity. Now, researchers can find and document them on rooftops across the U.S. Image by Fernando Tomás

During a flood, these drones can help identify water contamination