How to avoid a catastrophic ‘Hothouse Earth’

Humanity only has a handful of decades to determine the future of our planet.

A new study tells a tale of two Earths.

In one, humans are able to rein in global warming and stabilize the relatively comfortable conditions of the last 12,000 years.

In the other, global warming and climate change raise seas by 30 to 200 feet, weather patterns are pushed to their extremes and parts of the planet — like tropical drylands — become uninhabitable.

The second scenario is known as “Hothouse Earth.” In it, temperatures would be irreversibly warmer than pre-industrial levels, by 4 to 5 degrees Celsius or 7 to 9 degrees Fahrenheit.

But what would get us to that point? Is it too late to stop this demise?

To answer that question, an international group of 16 researchers surveyed the latest data about the Earth’s current and past climates. They identified 10 so-called “feedback loops” that keep the planet cool by capturing carbon or muting its warming effect.

Like dominoes, as one feedback system tips, it could trigger enough warming to cause others to fail.

These feedback loops have so far helped control carbon’s influence on global environments. Examples include forests acting as carbon sinks or Arctic ice reflecting the sun’s energy. They. But given enough warming, some of these feedback loops will start to break down and could actually accelerate climate change.

“We identify a series of thresholds or tipping points where as the Earth warms because of human activity, the cycles of the natural system start to take over and add even more greenhouse gases and warming to the atmosphere,” said Diana Liverman, a University of Arizona geographer and co-author of the study published Aug. 6 in Proceedings of the National Academy of Sciences.

For example, if all the world’s permafrost were to melt, it would spew methane, the most potent greenhouse gas, into Earth’s atmosphere and exacerbate global warming.

Climate scientists have long known about these feedback loops, but this study is the first-ever to show how they influence one another. Like dominoes, as one feedback system tips, it could trigger enough warming to cause others to fail.

Some systems might tip gradually. Others — like the conversion of the Amazon rainforest to a savanna landscape — would be rather quick. Changes like the melting of the East Antarctic ice sheet would be impossible to reverse.

But humanity still has time to avert this apocalypse, said James Dyke, a sustainability scientist at the University of Southampton, who was not involved in the study.

“I think it is a very optimistic paper, because it sketches out what we need to do to avoid the Hothouse scenario,” Dyke said. “But there is a narrow window — we’re talking about decades — where what we do could have effects for the next thousands of years because we’ll be entrained in a new system.”

The study doesn’t give an exact date or temperature by which the world will cascade into the Hothouse, but the researchers said keeping warming to below a 2 degrees Celsius rise above pre-industrial levels — the goal of the 2015 Paris Climate Accord — will likely avoid the scenario. 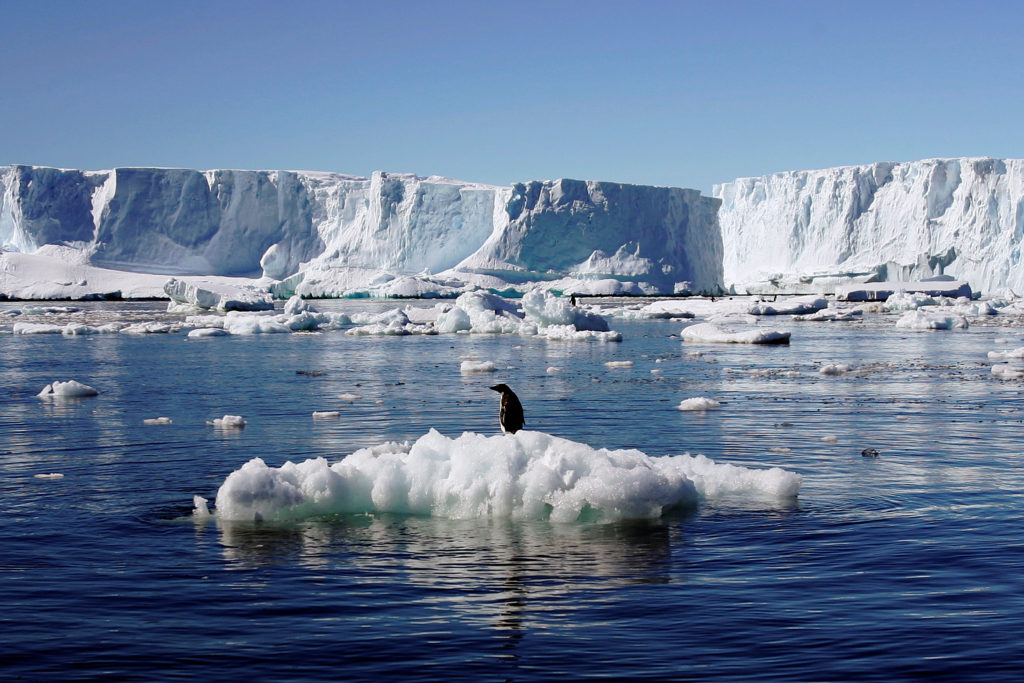 An Adelie penguin stands atop a block of melting ice near the French station at Dumont díUrville in East Antarctica January 23, 2010. Photo by REUTERS/Pauline Askin

The average global temperature rise of 1 degree Celsius in the last 200 years has already spurred hotter wildfires, rising oceans and melting ice sheets. But at the moment, none of the feedback systems have tipped beyond repair.

Parking the planet in its current climate system, the researchers said, will require action on multiple fronts.

That might involve population control or geoengineering, said co-author and University of Copenhagen ocean biologist Katherine Richardson. “But it’s not up to the scientists to make a recommendation on the cocktails to use” for saving the planet.

Society should not only reduce emissions, the study says, but also focus on things like natural and engineered carbon storage, reduced consumption and improved agricultural practices.

Failing to rein in warming quickly enough, said Dyke, “will be be like being on the edge of a rollercoaster where you just have to hold on.”

Left: Humanity only has a handful of decades to determine the future of our planet, according to a new study. Video by Julia Griffin and Nsikan Akpan