Using the Hubble Space Telescope, an international team of astronomers have captured images of the farthest galaxy ever seen.

NASA said in a statement released on Thursday the galaxy, called GN-z11, formed 13.4 billion years ago, or about 400 million years after the the Big Bang took place.

The discovery brings astronomers that much closer to spotting the first galaxies that formed in the universe.

Yale University’s Pascal Oesch, a senior investigator involved in the project, said until the discovery was made the team of researchers did not believe the Hubble telescope was capable of reaching such distances.

“We’ve taken a major step back in time, beyond what we’d ever expected to be able to do with Hubble,” Oesch said. “We see GN-z11 at a time when the universe was only three percent of its current age.” 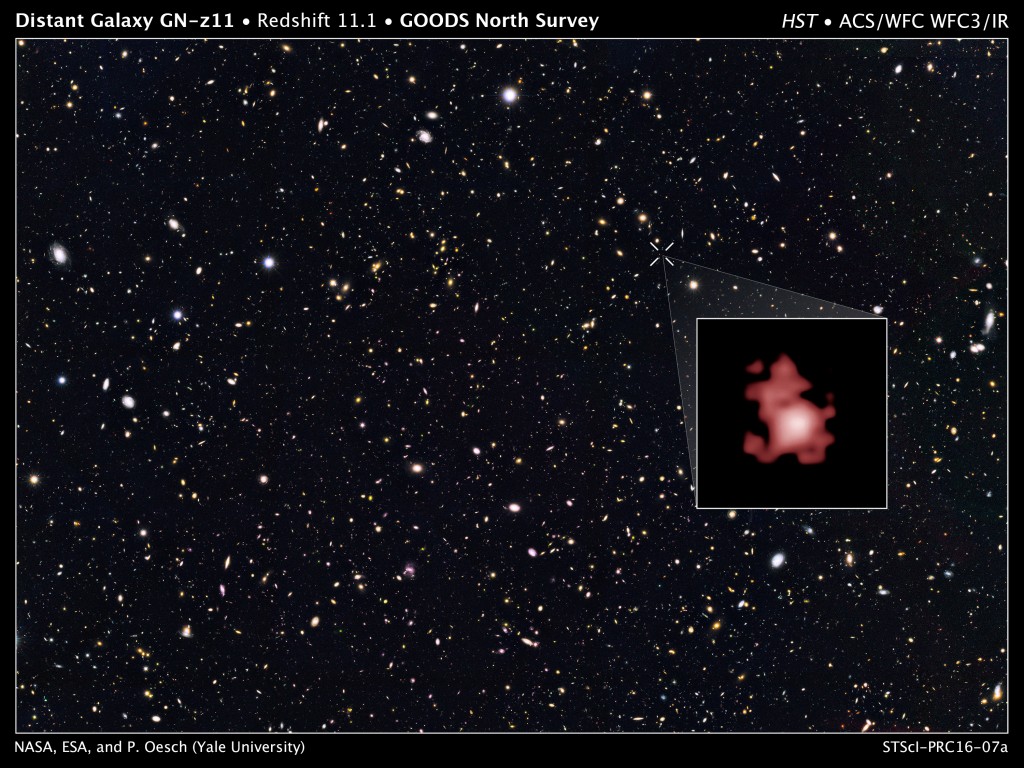 Hubble Space Telescope image shows the Galaxy GN-z11, shown in the inset, as it was 13.4 billion years in the past, just 400 million years after the big bang, when the universe was only three percent of its current age, in this image released by NASA on March 3, 2016. The galaxy is ablaze with bright, young, blue stars, but looks red in this image because its light has been stretched to longer spectral wavelengths by the expansion of the universe. Handout via Reuters

NASA will soon release the Hubble’s successor, the James Webb Space Telescope, which may help astronomers detect those first galaxies. The James Webb telescope will launch in October 2018, and if Hubble survives until then, the star explorer’s mission will be just over 28 years old.

“This new record will likely stand until the launch of the James Webb Space Telescope,”said Pieter van Dokkum, a researcher with Yale University. “This is an extraordinary accomplishment for Hubble. It managed to beat all the previous distance records held for years by much larger ground-based telescopes.”