Human activity can trigger earthquakes, but how many? This number might surprise you

Earthquakes — once culturally and legally dubbed an “act of God” — are now set off by humans. Fracking, drilling and wastewater disposal can trigger these tremors, but just how common are these events?

A new database, created by geophysicists at Durham and Newcastle Universities in the United Kingdom, has tracked down 730 cases of man-made earthquakes over the last 150 years. The Human-Induced Earthquake Database (HiQuake) is the most comprehensive collection of these quakes to date and might be used to predict future ones.

“Although incomplete, HiQuake provides a more global picture than people have had access to before,” Miles Wilson, a Durham geophysicist and the study’s lead author, said via email. “Humans are increasingly making changes to the Earth to meet greater resource demands, which is why it’s so important to understand the effects these changes might have.”

Wilson and his colleagues began developing the database in 2016 with support from the Dutch oil and gas company Nederlandse Aardolie Maatschappij (NAM). NAM operates one of the largest gas fields in the world — the Netherlands’ Groningen gas field — where the company’s gas extraction work caused a magnitude 3.6 earthquake in 2012. 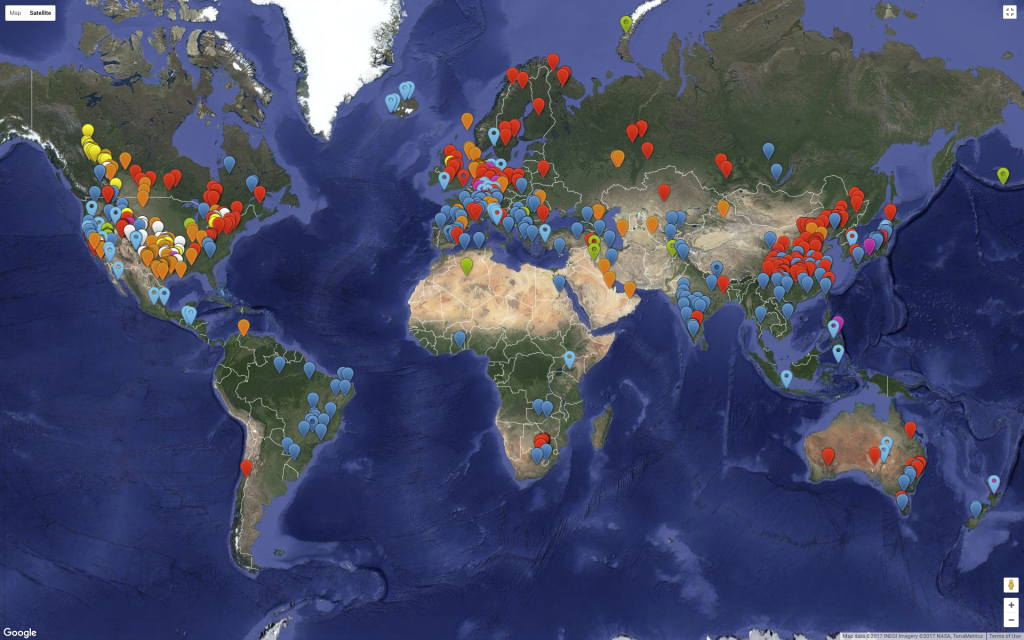 The HiQuake map shows each of the 730 cases across the globe and the potential cause of each earthquake. Click here for the interactive map. Earthquakes caused by mining appear in red, water reservoirs are in dark blue, and conventional gas and oil extraction pop up in orange. Map by HiQuake

For Huizinge, a local village on the outskirts of Groningen, this was the largest induced earthquake they ever felt. In their report, published in Seismological Research Letters, the researchers noted that the company contacted them in order to find a way to inform the public and resource-extraction industries of earthquake risks. PBS NewsHour contacted NAM multiple times, but they did not provide a comment.

The team combed through academic papers, media coverage, government records and industry documents to find as many reports of human-caused earthquakes as possible. The documented incidents dated as far back as 150 years, and many of the tremors were between magnitude 3 and 4.

Mining was the most common quake-trigger, accounting for 37 percent of human-made cases.  Water contained behind reservoir dams made up 23 percent of these events, while conventional oil and gas extraction caused 15 percent.

The worst case in the HiQuake database happened in 2008, when a magnitude of 7.9 earthquake rocked Sichuan province, China. Nearly 87,000 people died, and many blamed the Zipingpu Reservoir because that large body of contained water may have seeped into the fault and caused it to slip. However, debate persists over whether the reservoir caused the quake or it was purely natural.

“The Sichuan earthquake might be more of a speculative connection and not quite an induced earthquake,” said Art McGarr, a geophysicist at the U.S. Geological Survey’s Earthquake Science Center, who wasn’t involved with the study. “Studies show that the rupture of the earthquake was initiated somewhere between 14 to 19 kilometers deep in the Earth’s crust. Normally, you would expect to see a connection in terms of earthquake activity between the reservoir itself and the point when the rupture initiated. And that was not found.”

Cases like the Sichuan earthquake might originate naturally, Wilson explained, but then human activity is the “final straw” that releases built-up stress in the fault. So, this earthquake may have been bound to happen, but the reservoir expedited the process.

Fracking and waste-fluid disposal, which has seriously affected American states not known for ground shakes, is rising on the list of human-made triggers. 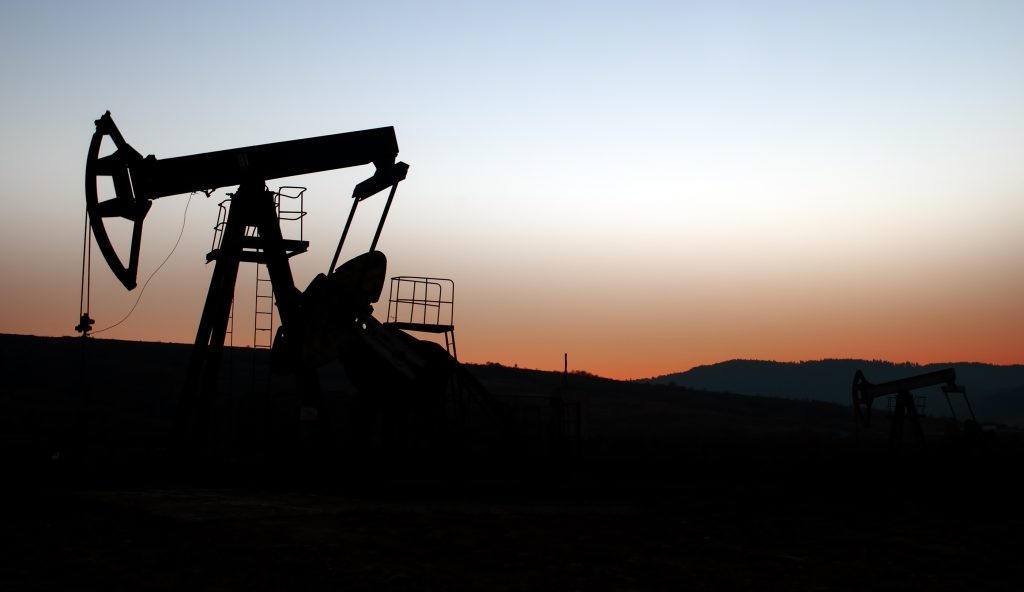 In the United States, earthquakes caused by humans have been on the rise, largely due to fracking and poor wastewater disposal. Photo by Perytskyy/via Adobe

“Earthquakes are the price paid in places like Oklahoma, Texas, Arkansas and Kansas, where fluid-injection activities cause the biggest contribution to seismic hazard,” McGarr said.

During fracking or other fluid-injection projects, it is cheaper to pump any leftover wastewater back down into deep wells. Most of the time, McGarr explained, nothing happens. But the water’s weight can cause a fault to slip, leading to damaging earthquakes.

Human-made tremors have skyrocketed in the U.S. since 2001 from a previous average of 21 quakes a year to 188 documented in 2011. As this number continues to rise, the USGS now makes annual forecasts on both natural and induced earthquakes. About 3 million people in Oklahoma and southern Kansas face potential damages in the next year from induced earthquakes that resemble the number of natural earthquakes from rattle-prone areas like California, the USGS reported.

Beyond common energy industry practices leading to the most human-made earthquakes across the globe, other quake-causing activities include building construction, carbon capture and storage, nuclear explosions, geothermal operations and research experiments that test fault stress.

Now with the database up and running, the team will continue to revise and add to it as old reports resurface and when new quakes hit. For Wilson, this information may be just the insight needed to push people to finally strike a balance with the planet.

“As the database grows, it may be possible to improve our understanding of induced earthquakes and to manage their impact on society,” he said.

Left: On May 12, 2008, Sichuan province, China was devastated by one of the deadliest earthquakes. To this day, scientists debate whether this earthquake was caused by the local reservoir or if it was a combination of human activity and natural fault stress. Photo by xiefei/via Adobe