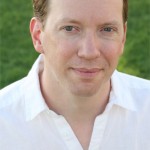 What else is possible if space and time can change?

Editor’s note: Scientists said today that after more than a half-century search, they have finally detected gravitational waves — the ripples in the fabric of space-time that Albert Einstein predicted a century ago. This column on general relativity and space-time by physicist Sean Carroll was published on Nov. 23, two days before the 100th anniversary of Einstein’s theory of general relativity. We’re reposting the piece in light of today’s announcement.

Nicolaus Copernicus is famous for having suggested that the Earth moves around the sun, rather than the other way around. That’s a big deal, as it displaces the Earth from its presumed position at the center of the universe. But it’s easy for us to forget something equally amazing: the idea that the Earth can actually move at all. If anything seems like a solid foundation, it’s the Earth itself. But in our post-Copernican world, we know better.

Albert Einstein, with his general theory of relativity, took this conceptual revolution one step forward. Not only is the Earth not a fixed fulcrum around which the rest of the universe revolves, space and time themselves are not fixed and unchanging. In Einstein’s universe, space and time are absorbed into a single, four-dimensional “spacetime,” and spacetime is not solid. It twists and turns and bends in response to the motion of matter and energy. We perceive that stretching and distortion of the fabric of spacetime as the force of gravity.

In Einstein’s universe, space and time are absorbed into a single, four-dimensional “spacetime,” and spacetime is not solid. It twists and turns and bends in response to the motion of matter and energy.

The idea that space and time themselves are not immutable, but are dynamical quantities that can evolve through the history of the universe, is one of Einstein’s most dramatic legacies. It was so profound that Einstein himself had trouble accepting all the implications of the idea. When he investigated the universe as a whole in general relativity, he found that it should be expanding or contracting, not staying at a fixed size. That went contrary to his intuition, as well as to what astronomers of the time actually thought the universe was doing. When Edwin Hubble discovered the expansion of the universe in the 1920’s, Einstein realized that he had missed the opportunity to make one of the great predictions in the history of science. 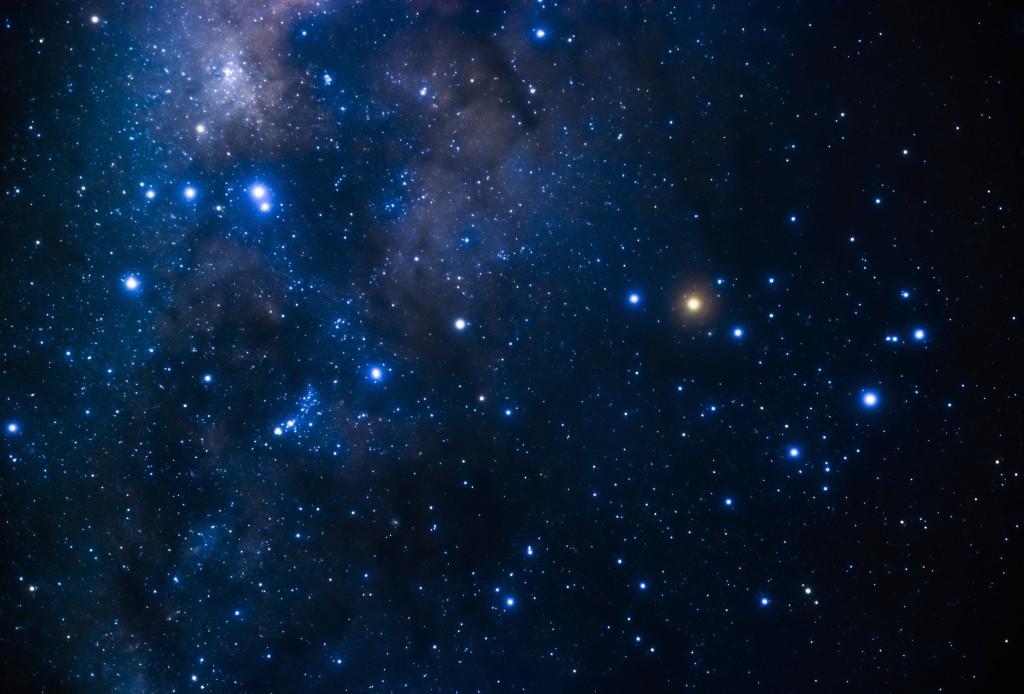 Stars in the southern hemisphere night sky, with the Milky Way at the upper left. Photo by Kim Westerskov and Getty Images

Once space and time themselves are flexible rather than fixed, what else is left that we can say is truly constant? There is one obvious candidate, again from Einstein himself: the speed of light. According to relativity, the speed of light is an immutable feature of the universe, an unbreakable speed limit that places strict constraints on what matter and information can do.

Scientists have thought about “variable speed of light” theories, because theoretical physicists love nothing more than thinking about crazy new ideas. But letting the speed of light vary over time or space turns out, upon closer inspection, not to be very well defined. If you accept that space and time are unified into a single, four-dimensional spacetime, there needs to be a way to translate between “distances in space” and “intervals in time.” That’s inevitable, and in our world that role is filled by the speed of light. The fact that light actually travels at that speed is not the important point; what matters is that there is some way of converting length into time, and vice-versa.

If space and time can change, little else is sacred. Modern cosmologists like to contemplate an extreme version of this idea: a multiverse in which the very laws of physics themselves can change from place to place and time to time.

But other so-called “constants” of nature are fair game. If Einstein’s lesson is that purportedly foundational aspects of reality like space and time are actually dynamical and evolving, it’s natural to wonder whether the numerical parameters that specify the laws of physics are similarly flexible. Could Newton’s constant, which sets the strength of gravity, or quantities like the mass of the electron, actually change with time?

The answer seems to be: maybe. According to our best current measurements, the numerical values for physical parameters in our world seem to be pretty constant. But the possibility that they could change is very real. In a sense, that’s the secret to the Higgs boson, which was discovered at the Large Hadron Collider in 2012. Famously, the Higgs “gives mass” to elementary particles like electrons and the different quarks. It does that because there is a Higgs field filling space, interacting with all of those particles. But that background Higgs field wasn’t always there. We believe that in the earliest moments after the Big Bang, the Higgs field was stuck at zero, and quarks and electrons had zero mass. These quantities may look constant to us now, but almost every physicist thinks that they have changed since the universe first started.

The ability for seemingly constant things to evolve and change is an important aspect of Einstein’s legacy. If space and time can change, little else is sacred. Modern cosmologists like to contemplate an extreme version of this idea: a multiverse in which the very laws of physics themselves can change from place to place and time to time. Such changes, if they do in fact exist, wouldn’t be arbitrary; like spacetime in general relativity, they would obey very specific equations.

We currently have no direct evidence that there is a multiverse, of course. But the possibility is very much in the spirit of Einstein’s reformulation of spacetime, or, for that matter, Copernicus’s new theory of the Solar System. Our universe isn’t built on unmovable foundations; it changes with time, and discovering how those changes occur is an exciting challenge for modern physics and cosmology.

Left: Milky way over La Palma in the Canary Islands in Spain. Photo by Dominic Dähncke and Getty Images

Sean Carroll is a research professor of theoretical physics at the California Institute of Technology. He received his Ph.D. in 1993 from Harvard University. His research focuses on fundamental physics and cosmology, especially issues of dark matter, dark energy, spacetime symmetries, and the origin of the universe. Recently, Carroll has worked on the foundations of quantum mechanics, the arrow of time, and the emergence of complexity. He is the author of "The Particle at the End of the Universe", "From Eternity to Here: The Quest for the Ultimate Theory of Time", and the textbook "Spacetime and Geometry: An Introduction to General Relativity", as well as several lecture courses for The Great Courses.