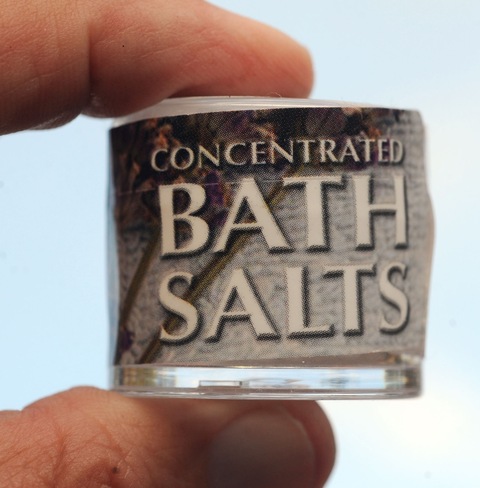 State officials in Maine are blaming a sharp rise in the number of children entering state custody on bath salts, a dangerous class of synthetic drugs.

An additional 200 children entered the state’s foster care system due to neglect in the past 11 months, and Therese Cahill-Low, director of the state’s Office of Child and Family Services, estimates that about half of the cases are linked to bath salts use. Her department is requesting $4.2 million in additional funding to tackle the growing problem.

The stories are disturbing. Drug-using parents wielding knives. A young mother hallucinating in a tree while her infant child wanders the street. In late 2011, six infant deaths in a three-month period were blamed on neglect, Low said. 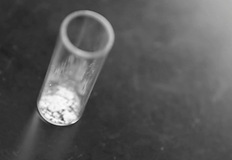 Read our interactive feature on the science of bath salts here.

The term “bath salts” describes a collection of drugs that share a few common characteristics. They usually contain synthetic versions of an amphetamine-like stimulant called cathinone, which occurs naturally in the leafy plant, khat. The most common type of cathinone detected in bath salts is called Methylenedioxypyrovalerone, or MDPV.

And the drugs are often camouflaged as household items. Bath salts is a common example — hence, their nickname — but they’ve also been marketed as plant food, insect repellant and toilet bowl cleaner. (More in our story, The Drug that Never Lets Go.)

Officials first noticed that bath salts had surfaced in eastern Maine in early 2011.

“As the year progressed, it was like tentacles,” Low said. “It just expanded, so that there’s not one pocket in the state that hasn’t been affected by it.”

And from April and through the summer, she said, children began entering the foster-care system in droves. Most cases involved young parents with very young children.


Of the 86 people who sought treatment for bath salts from June 2011 to November 2012, nearly 62 percent had children listed as dependents, according to Guy Cousins, director of the state’s Office of Substance Abuse and Mental Health Services.

“There’s a lot of distortion in thinking that happens when people are using bath salts,” Cousins said. “They sometimes hallucinate. There’s a loss of reality, what’s real. There’s a number of things that go on that make them incapable of making sure that their children are safe.”

With other drugs, such as opiates, which are also widely abused in the area, the neglect often stems from extreme sedation — parents sleeping through the day, for example. With bath salts, neglect takes a different form. Abusers are more likely to engage in extreme, delusional, even violent behavior.

In our past coverage of the drug, we reported on scientists at Virginia Commonwealth University who introduced common ingredients of the drug to frog eggs that had been reprogrammed to act like brain cells to study how these ingredients interact with brain chemicals like dopamine.

At the National Institute on Drug Abuse in Baltimore, Md., a team of researchers are taking a different approach. They are peering directly into the brains of rats who have been dosed with MDPV in an effort to untangle the neurobiology of the drug’s bizarre effects.

MDPV, like cocaine, acts on the brain’s dopamine system. Dopamine is a brain chemical involved in things that give us pleasure, like food, sex and gambling, but it also regulates motor control, memory and learning. And that’s not all. Any time you’re tuning into a conversation, focusing on a task, flirting with a potential mate, the brain is releasing tiny bursts of dopamine from the nerve cell ending, or synapse.

But just as this dopamine is naturally released, it’s also naturally getting sucked back into the cell like a vacuum in a process called reuptake. Under normal circumstances, dopamine levels outside the cell are kept exquisitely low due to this vacuum effect, said Michael Baumann, one of the researchers and a staff scientist in NIDA’s Intramural Research Program. But MDPV causes excessive amounts of dopamine to remain in the synapse, the space between cells.

This is because both cocaine and MDPV work by inhibiting that reuptake of dopamine. Cocaine slows reuptake. MDPV nearly blocks it altogether. (Click on the image above for a visual of how this works.)

At his lab, Baumann’s team surgically implants tubes into the brains of anaesthetized rats, specifically into the nucleus accumbens, a region of the brain associated with addiction. Then a week later, they insert a probe into that tube, which they use to sample the brain’s extracellular fluid. That way they can compare the extracellular fluid of sober rats with rats who have been given MDPV.

“What you’ve done is you’ve jacked dopamine up, and that makes them wander crazily around the cage,” Baumann said. “So you’re taking circuitry that’s been laid down over millions of years of evolution of these animals. This circuitry, it’s been laid down, it has a purpose, but when these drugs are present, you’re basically pushing them into some netherworld that the normal brain never sees.”

In a separate experiment, the researchers relied on an implanted sensor to measure the animal’s blood pressure and heart rate.

MDPV, they found, was at least 10 times more potent than cocaine in every test that they used. And that’s a conservative estimate, Baumann said. The results were published in October in the journal Neuropsychopharmacology.

They also found that MDPV elicits effects that are greater in magnitude than cocaine. For example, high levels of MDPV led to a higher heart rate overall and more hyperactivity than high levels of cocaine.

While Baumann couldn’t comment on its connection to child neglect, he did say the science helps explains the extreme behavior brought on by the drug and highlights it’s addictive nature.

“Because of the strong dopaminergic effects of this drug, you would expect it to lead to compulsive use,” he said. “There’s no doubt that this is a powerfully addictive substance.”

He points to a study recently published in the journal Addiction Biology that finds that rats will readily self-administer the drug, a strong indicator that it has a powerful potential for abuse and addiction in humans.

Next, Baumann’s team plans to study chronic use of the drug and its kinetics — how it gets changed and metabolized by the body’s enzymes, which remains a big unknown.

“And that’s a significant issue,” Baumann said. “When you take these drugs, the liver enzymes convert them to other things. And it’s possible that these metabolites could be toxic.”