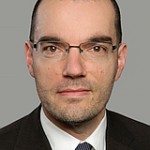 Column: In Paris, too much focus on the ‘politically feasible,’ too little on the environment

Editor’s note: We’ve asked several climate experts to answer the question, “What would constitute success at the Paris climate talks?” This column is part of a series that will run over the next few days.

The international climate summit in Paris — and the process that led to it — marks a fundamental paradigm shift in international climate policy. There has been considerable political progress this year, enshrined in the set of pledges by more than 180 countries, but it will not be enough to achieve the previously set climate policy target of limiting temperature rise to 2 degrees Celsius.

READ NEXT: We are the last generations to be able to stop climate change

Today, the focus is no longer primarily on the problem itself — dangerous human interference with the climate system — but on the key actors in the political process. To prevent the repeated failures of previous climate summits from discrediting the process itself, diplomats have essentially stopped trying to work toward an overarching approach to mitigating climate change. What we are observing here is the rise of a genuinely political mode of climate diplomacy, in which concepts of strict emissions limits and remaining carbon budgets are being pushed into the background. This new, actor-centered paradigm is not focused on long-term goals for climate stabilization, but on the possibilities and limits of the negotiation process. The focus is no longer on the environmentally desirable, but on the politically feasible.

This new, actor-centered paradigm is not focused on long-term goals for climate stabilization, but on the possibilities and limits of the negotiation process.

In light of the slow negotiation progress since the first United Nations climate summit in Berlin in 1995, known as COP1, even reaching an agreement that involves all UN member states will have to be seen as a historic success. Yet contrary to what was decided on at COP17 in Durban in 2011, COP21 will only try to “keep the 2 degree Celsius target within reach.” But to bring the world onto a 2 degree Celsius path, a review or ratcheting-up mechanism would have to be adopted to allow for a gradual increase in ambitions over subsequent years. Such mechanisms have been part of many climate agreements, but they are almost never actually put into practice. Their main function is to conceal disappointing negotiation outcomes and to keep hopes of more ambitious policies alive.

But Paris can be the beginning of a success story if it achieves to engage a growing number of political and economic actors and if it can catalyze a global perception that decarbonization is no longer a matter of talk and decisions, but of concrete action.

This means that although the precise language of the “Paris Agreement” is far from irrelevant, the real game will start right after Paris. That is: will the national pledges be honored by respective governments? This will not so much be decided by the UN Convention on Climate Change’s formal follow-up process but by mutual trust and concrete climate policy action on the ground. In that sense, the Paris talks will be a failure if governments and businesses perceive it as just another climate deal, and one that will not bind anybody until its entry into force — which might materialize only long after 2020. But Paris can be the beginning of a success story if it achieves to engage a growing number of political and economic actors and if it can catalyze a global perception that decarbonization is no longer a matter of talk and decisions, but of concrete action.

Left: The Eiffel Tower is seen at sunset in Paris, France on November 22. The capital is hosting the World Climate Change Conference from November 30 to December 11. Photo by Reuters and Charles Platiau

Oliver Geden is head of the EU Research Division at the German Institute for International and Security Affairs in Berlin, Germany. He previously worked in the policy-planning units of two German government ministries.