‘Louisiana Water Stories’ Documents the Culture and Curses of SOLA 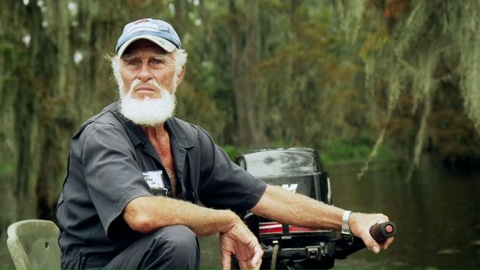 In southern Louisiana, life revolves around the water. Half of Louisiana’s residents live in coastal areas, and nearly 30 percent of America’s seafood comes from the Gulf region.

Jon Bowermaster’s latest documentary, “SOLA: Louisiana Water Stories”, looks at the relationship between man and water, from the rich culture of Cajun Country to the environmental disasters that have tested the region. The list of environmental issues affecting the Gulf waterways and its people is a long one: the world’s largest Dead Zone, coastal erosion, toxic dumping, and an 85- mile industrial corridor known as Cancer Alley.


As filming for the documentary was wrapping up last year, the Deepwater Horizon oil rig exploded, setting off what would become the largest oil spill in U.S. history. As millions of gallons of oil spilled into the Gulf of Mexico, director Jon Bowermaster continued to document this devastating twist in Louisiana’s water story.

NewsHour’s Hari Sreenivasan recently spoke with Bowermaster about his film and the oil spill’s impact on the Gulf region.