Innovation ‘isn’t so much about the eureka moment’

Innovators rarely travel a straight path to arrive at a new idea. Failure — lots of failure — often paves the way.

At least eight out of every 10 new consumer products that enter the market will fail, according to one estimate. That can be frustrating. But for some inventors, the challenge posed by failure can be a driving force.

And when their idea finally does come together, their innovation can drive higher wages, help people live longer and make technology more affordable.

The PBS NewsHour spoke with several innovators who shared their thoughts on failure. Recently, we heard from Paul Litchfield, one of Reebok’s guiding forces behind product innovation, about how he and his team conceive of new ideas and bring them to life.

After learning Litchfield’s insights, put your own innovative instincts to the test with our new interactive.

For nearly 30 years, Paul Litchfield has guided innovation at Reebok.

Remember the Reebok Pump? When you could squeeze your sneaker’s tongue, pumping it with air? Litchfield was behind that, along with footwear cushioning systems that made athletic shoes more comfy. 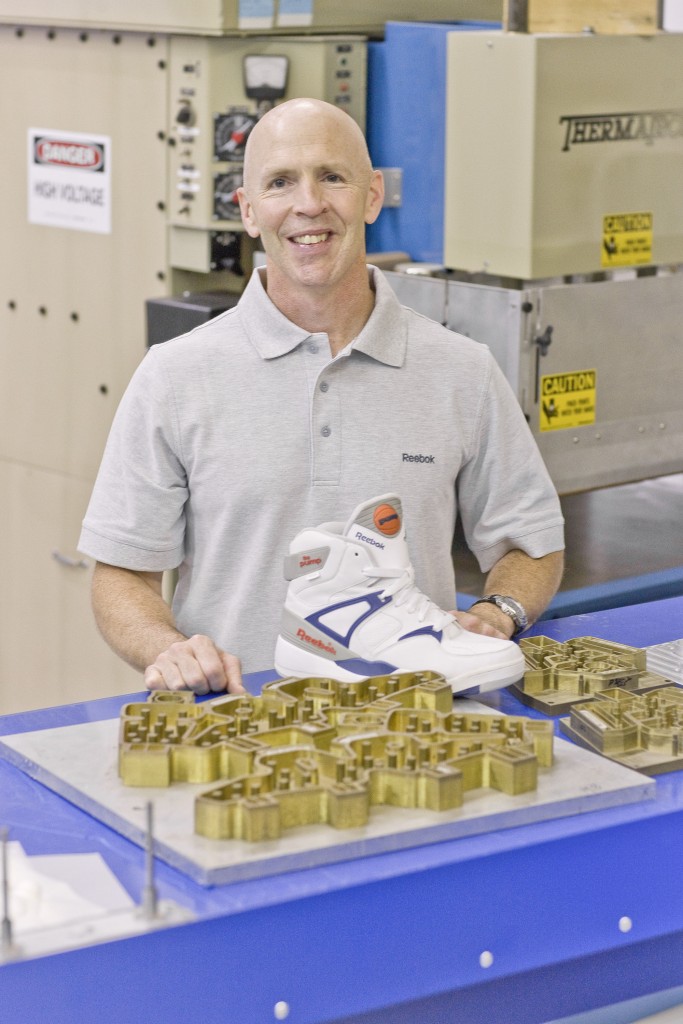 But these breakthroughs in apparel, sportswear and safety equipment didn’t arrive with a dramatic spark of realization, says Litchfield, vice president of advanced concepts at Reebok.

“The process of innovating isn’t so much about the eureka moment,” he said. “It’s a lot more mundane than that, more tedious.”

Litchfield says before he and his team try to invent anything, they first establish a clear objective and then conceptualize what they want to do, explore what materials they need to build the product and then assemble it.

However, there’s more to product development than having a clear plan, he said.

“Inevitably, there are pitfalls along the way, failures if you will,” Litchfield said. “In order to get better, you have to realistically assess those failures, learn from them. You don’t want to repeat that mistake.”

While unexpected obstacles can be discouraging, Litchfield says they can also strengthen an idea.

“Sometimes, that failure brings you into a new direction.”

He stressed the need to not only be humble, but also to have a sense of humor.

“This is all theoretical. I’ve never failed at anything,” he said, laughing.