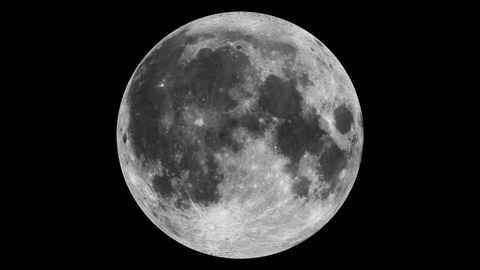 There is water on the moon … along with a long list of other compounds, including, mercury, gold and silver. That’s according to a more detailed analysis of the chilled lunar soil near the moon’s South Pole, released as six papers by a large team of scientists in the journal, Science Thursday.

“We thought the moon was bone dry,” said planetary geologist Peter Schultz of Brown University, lead author of one of the studies. “All the books on the moon say that the moon is dry, and now we have to rewrite that chapter.”

The data comes from the October 2009 mission, when NASA slammed a booster rocket traveling nearly 6,000 miles per hour into the moon and blasted out a hole. Trailing close behind it was a second spacecraft, rigged with a spectrometer to study the lunar plume released by the blast. The mission is called LCROSS, for Lunar Crater Observer and Sensing Satellite.

Turns out the moon not only has water, but it’s wetter than some places on earth, such as the Sahara desert. Roughly 5 percent of water ice – that’s combined water vapor and ice – was found buried in the crater. This water ice could provide a valuable resource for human space travel, generating drinking water, but also possibly hydrogen and oxygen for breathing and rocket fuel. The amount, Schultz said, adds up to about 12 to 14 gallons per ton of material. This is important, because transporting water to the moon costs about $100,000 per gallon of water.

“One of the things LCROSS was meant to do as a strategic mission was to understand whether hydrogen is a usable resource,” said Anthony Colaprete, principal investigator of the LCROSS studies. “Based on the results, the answer is yes. The resources are there, and they have the potential to be usable for future missions.”

But also key to the findings were the range of other chemicals: carbon monoxide, carbon dioxide, ammonia, sodium, hydrogen and small amounts of calcium and magnesium. Schultz believes that many of these materials, otherwise foreign to the environment, were deposited by ancient comets and asteroids that collided with the moon.

Researchers have also expressed concerns about mercury found in the soil, which could be toxic and pose obstacles to space travel. “You know how volatile mercury is on earth,” said Randy Gladstone of Southwest Research Institute in San Antonio, in a press conference on Thursday. “It’s probably more volatile than other metals on the moon.”

The lunar poles, which are very cold, create a sort of kitchen-sink effect, where these compounds accumulate and are stored. Further analysis of these materials could tell us more about how they got there, as well as the moon’s history more broadly.

The next steps will be to analyze the water ice and other materials on smaller and smaller scales, and to better understand their potential as a resource, said Colaprete: “Is the water accessible underneath that dirt? And if I were an astronaut, how far would I have to walk to find water, and how extensive are these pockets of water?”