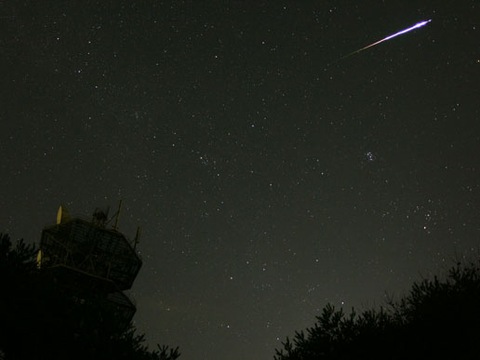 Asteroids, comets – they’re all classified as Near Earth Objects, or NEOs, which are objects that have been pushed and pulled by gravitational force close to the Earth. But there’s a big difference between these heavenly bodies and the space dust and debris that collide with the Earth every year.

You can explore more information about all NEOs on the NASA’s website. 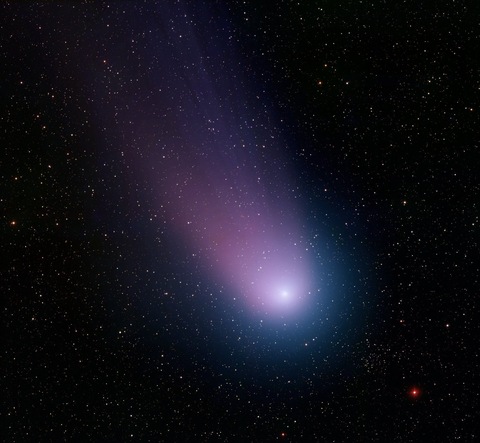 Comets are several miles in diameter, composed of rock, ice and other organic compounds, making them “dirty snowballs” in space, according to NASA’s near earth object program.  They originate outside the orbit of the outermost planets and form elliptical orbits that pass close to the sun. As their path takes them closer to the Sun, the ice vaporizes, forming a signature tail behind the comet of dust and gas. 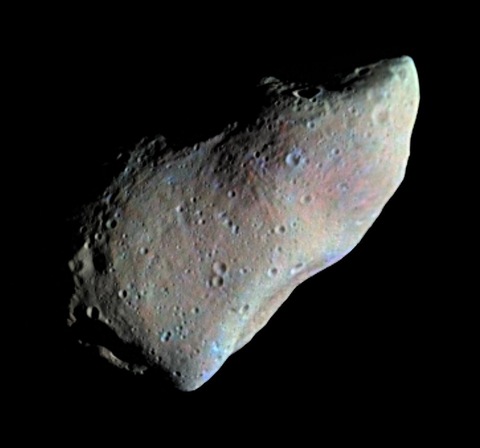 Image by the U.S. Geological Survey.

An asteroid is a large rocky body out in space. They’re the bits left over from the process that formed the planets’ cores, although some of them may be the remains of burned-out comets. Mostly they’re composed of rock, although some contain metal like nickel and iron. Â They range in size from small boulders to measuring hundreds of miles in diameter. Almost all of the asteroids in our solar system travel in the Main Asteroid Belt that crosses between Mars and Jupiter, but some pass very close to the Earth in its orbit.
Â 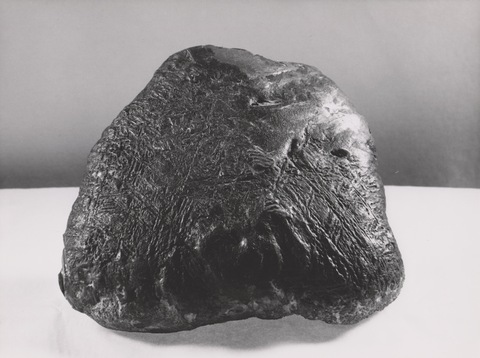 This iron-nickel meteorite was found near Fort Stockton, Texas, in 1952. Image by Smithsonian Institute.

Small rocky objects that orbit around the Sun are known as meteoroids. Mostly, they are debris cast off from comets and asteroids. When they cross into the Earth’s atmosphere, meteoroids become meteors. Â Traveling at thousands of miles per second, the friction from their descent causes the rocks to burn, creating a brilliant trail of light that we see as a shooting star. If any piece of the meteor survives the descent and hits the ground, it is then classified as a meteorite.
Â

Meteor Explodes Over Central Russia, Triggers Sonic Blast: Traveling at hypersonic speed, a meteor exploded over the central Russian city of Chelyabinsk and the resulting shock wave smashed windows and set off car alarms, damaging homes and businesses. Nearly 1,000 people have been injured, according to city officials.