Many dinosaur fossils contain hidden information that people can’t see with the naked eye. So, time to grab some lasers!

In a new study, researchers have used lasers and simple cameras to uncover the body shape and texture of 200 fossils of a small, feathered dinosaur found in China named Anchiornis huxleyi.

“The laser ‘excites’ the few skin atoms left in the matrix, making them glow, to reveal what the shape of the dinosaur actually looked like,” Michael Pittman, a paleontologist at the University of Hong Kong and one of the study’s lead authors, stated in an email interview.

Anchiornis dinosaurs are key to our understanding of the origins of birds, Pittman continued. It’s a remarkably well-understood dinosaur, with hundreds of well-preserved specimens to date. Scientists know when Anchiornis roamed the Earth, it was nearly completely covered in feathers and had four wings — one on each limb. Prior research had even determined Anchiornis’ color pattern–black and white with a red tuft on its head. 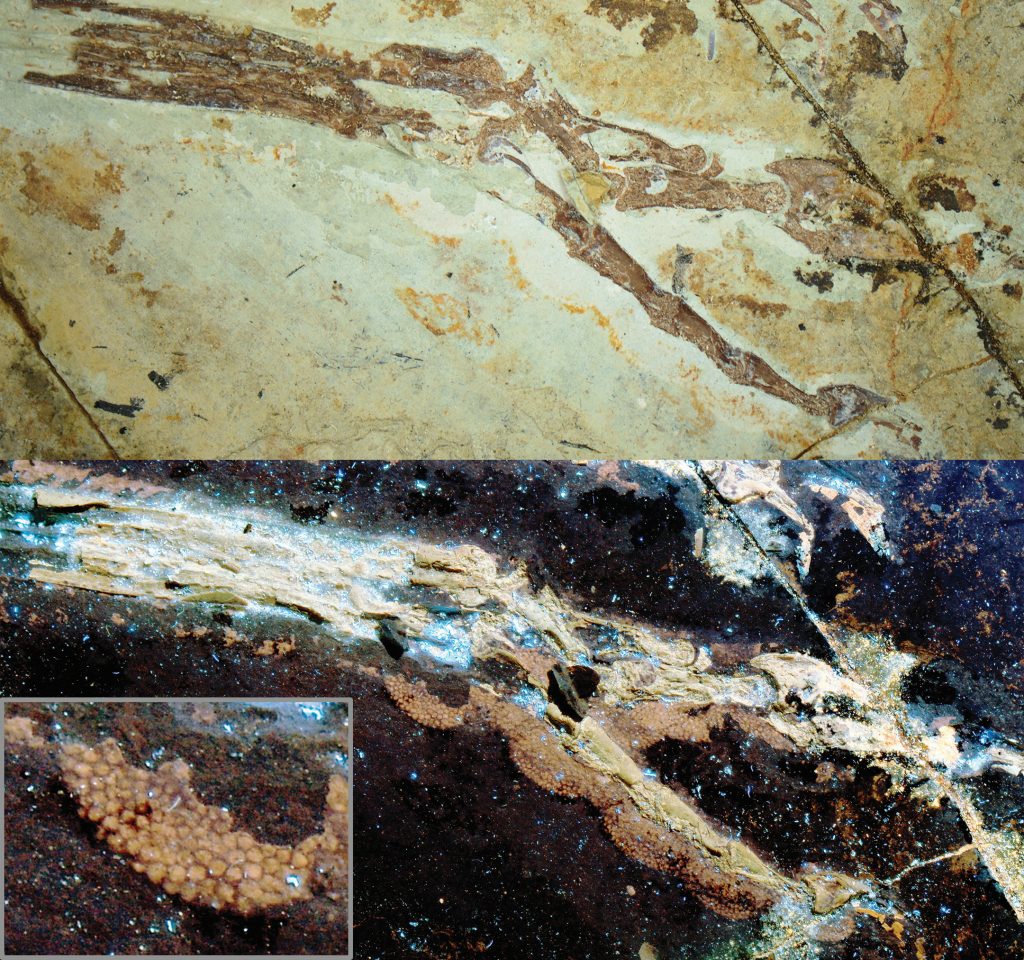 Yet Pittman and his colleagues spotted parts of the dinosaur’s physical appearance that would be not be apparent through the animal’s bones. The researchers saw, for instance, that A. huxleyi possessed a thick propatagium — a stretch of skin in the crook of the elbow. They noted also that it had drumstick-shaped legs and a thin tail. The skin at the elbow helps modern birds get off the ground, so it’s likely (but not certain) that Anchiornis could fly upward.

Pittman and LSF creator Thomas Kaye have used the technique on hundreds of well-preserved fossilized bones and imprints of soft tissue pressed into the stone. Their work on Psittacosaurus— a bizarre-looking, smaller relative of Triceratops — showed that the animals sported dark colors on their backs and light colors on their bellies. The team has also scanned a variety of other specimens, including a mid-Holocene era hippo tooth bracelet, ancient feathers and bone fragments.

This technique, however, does not work on all remains. Loose bones or fossils without imprintation would not yield as much information with LSF. 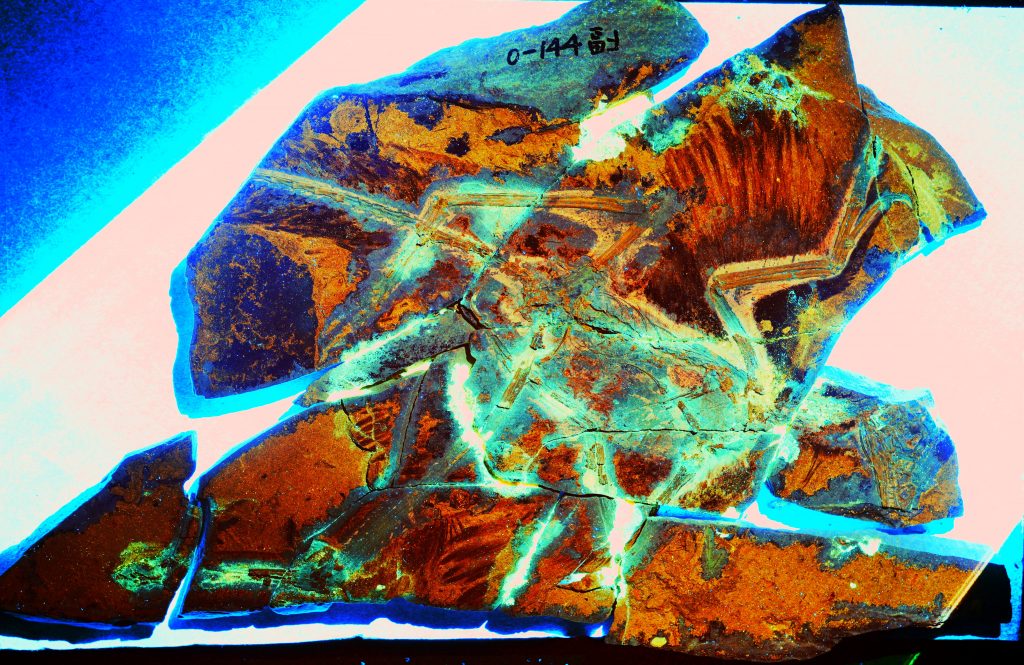 Laser scans reveal a detailed outline of Anchiornis huxleyi, which paleoartists can use to reconstruct the dinosaur in a more accurate way. Photo by Wang XL, Pittman M et al., Nature Communications, 2017.

Pittman stated that dinosaur artists could use this study as “a gold standard” of reconstructing bird-like dinosaurs because of the unmatched anatomical detail achieved with LSF. Many modern paleoartists — or people who create illustrations, sculpture and animations of extinct animals — go to great lengths to improve the accuracy of their craft. They read studies on dinosaur physiology, observe live animals, discuss and critique each others’ work and still find that they have to occasionally update their art.

“I’d say I’d spend at least half the time researching and half the time painting,” dinosaur illustrator John Conway told NewsHour. “For a long time, lots of artists got away with constructions that were virtually unrelated to what we know about appearance. In the last 30 years people have been putting more of an emphasis on science.”

The new findings were published Tuesday in Nature Communications.

Left: The wing of the bird-like feathered Anchiornis dinosaur under laser-stimulated fluorescence. The folds of skin in front of the elbow and behind the wrist (called patagia) were covered in feathers, just like in modern living birds. Photo by Wang XL, Pittman M et al., Nature Communications, 2017.