Your genes may schedule when you lose your virginity

As many a pining high schooler could attest, the age at which people lose their virginity is determined by a host of factors, not least of all finding a sexual partner. But researchers say genes matter, too.

Now, scientists have homed in on regions of the genome that appear to play a role in influencing when people first have intercourse, as well as when they go through puberty and have their first child.

Societal and family factors still outweigh genetic factors, researchers say, so teenagers who are genetically predisposed to have sex earlier won’t if their parents don’t let them out of the house or if they are committed to abstinence. In contrast, adolescents who are biologically inclined to wait could have sex earlier in the face of peer pressure.

But John Perry, a University of Cambridge geneticist and a senior author on apaper published Monday in Nature Genetics, said DNA plays more of a role than people assume. If some people have sex at 15 years old and others wait until 20, genetics account for 25 percent of that difference, Perry said.

“It’s one of those things that people think is completely choice,” Perry said. “Sure, choice has a massive role in this, but there are biological and genetic factors, too.”

For the study, researchers scoured genomic and survey data from more than 125,000 participants in what’s called the UK Biobank, identifying 38 genetic variants that could play a role in determining when people lose their virginity. They saw the same results when they analyzed the genetic data of people in Iceland and the United States.

The results of the study, known as a genome-wide association study, are correlational, meaning these particular genetic differences might not necessarily be causing someone to have sex earlier or later than others. The analysis also might not have picked up on every genetic variant involved in reproductive timing.

Still, the variants identified were often part of or near genes that influence both physical and personality characteristics. (Thirty-three variants were found in men and women, one in women only, and four in men only.) 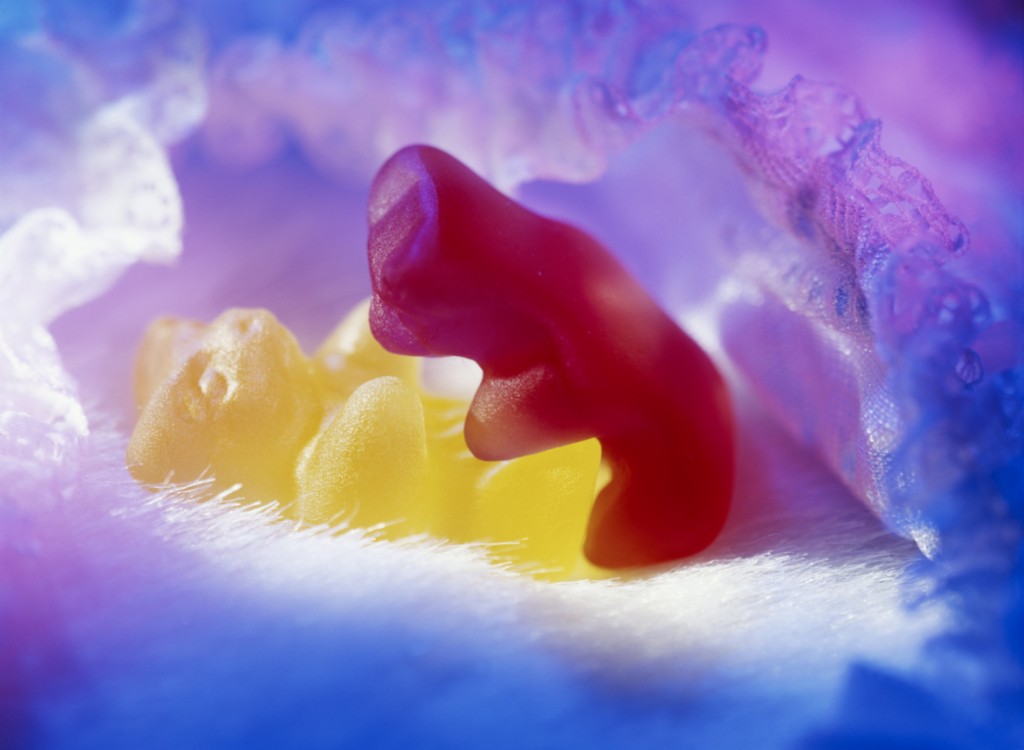 Some of genetic differences appeared in parts of the genome that affect reproductive pathways related to hormone signaling and fertility. Photo by Christian Adams/via Getty Images

Some of the differences appeared in parts of the genome that affect reproductive pathways related to hormone signaling and fertility, Perry said.

That stands to reason. People whose genes thrust them through puberty faster likely will have sex earlier: Their hormones are firing, their more mature appearance is more attractive to potential partners, and their development gives them a head start over people who go through puberty later.

The subject of the paper may cause some titters, but it is of interest to a wide range of experts, including geneticists, psychologists, educators, and disease specialists interested in how the timing of puberty affects future health.

If they hold up, the study’s results could help experts better understand why some kids growing up in the same circumstances have sex for the first time years apart, and how to better craft public health policies.

“You could send a whole junior high class to the same sexual education class but you’re going to get different outcomes,” said Nancy Segal, a developmental psychologist at California State University, Fullerton, who was not involved with the study.

A better understanding of the genetic underpinnings of reproductive timing could inform other kinds of research, said Paige Harden, a psychologist at the University of Texas at Austin, who was also not involved with the study.

Researchers, for instance, have reported that people who lose their virginity earlier in life are more likely to have future psychological problems such as depression, and “many studies have been very quick to conclude that what’s happening is the sexual relationship is damaging or risky for teenagers in some way,” Harden said. But other studies, she said, have found that depression and a predisposition to having sex earlier could have common genetic roots.

Past studies from Perry’s group and others have found that people who go through puberty earlier face higher risks of some cancers, heart disease, and diabetes. The new study, Perry said, also found a tie between early puberty and the age at which people first have sex and have a child, as well as lower levels of education.

The study also found a correlation between genetic factors that govern behavioral traits and the age at which people lose their virginity. Genetic variants that correspond to a propensity to take risks, for instance, were found in people who had sex for the first time earlier in their lives.

The variants that were tied to irritability, on the other hand, were found in people who lost their virginities later than average. Apparently nice guys don’t always finish last.

This article is reproduced with permission from STAT. It was first published on April 18, 2016. Find the original story here.

Left: Scientists have isolated regions of the genome that appear to play a role in influencing when people first have intercourse. Photo by Tom And Steve/via Getty Images