Why an LSD high lasts for so long

One drop of LSD can erase your entire sense of being until—interminable hours later—you recapitulate your identity, one puzzle piece at a time. Beyond that and the iconic kaleidoscope visual effects, lysergic acid diethylamide has supposedly inspired revolutionary ideas, too. It has been famously (and controversially) credited, in part, for the creation of the iPhone and the polymerase chain reaction, the tool used to clone DNA.

And all it takes is 100 micrograms of the drug, roughly the weight of two and a half eyelashes. By contrast, a common dose of dimethyltryptamine (DMT)—the main psychedelic ingredient in the increasingly popular and purportedly therapeutic plant brew ayahuasca—is 20,000 to 40,000 micrograms. The mechanism that makes a tiny, diaphanous strip of acid-flecked paper exert such power over the brain and behavior, and for such a long time, is only just coming to light.

A new study published this week in Cell examines LSD’s peculiar way of binding to brain receptor proteins—and may be a key step toward unraveling the inner workings of the drug.

Scientists have suggested LSD might have some broad clinical use for conditions such as anxiety or addiction, and there is early evidence that it could treat cluster headaches.

“There’s always been confusion about why it lasts the duration it does, and why it seems to be extraordinarily potent,” says Adam Halberstadt, a pharmacologist at the University of California, San Diego, who was not involved in the new study. “So this is pretty impressive.”

LSD and other psychoactive drugs work by binding to specialized proteins called receptors on the surfaces of neural cells. On the receptor protein is a sculpted “pocket,” into which molecules with the right shape can fit and thus stick to the cell, where they initiate changes in the brain. But different substances can often fit into the same receptor. Many receptors that bind LSD and DMT, for example, also fit the natural chemical messenger serotonin—which is produced in the body and helps regulate mood. Figuring out how each drug interacts with the same receptor in a different way is key to understanding why an LSD trip lasts all day whereas an experience with extracted DMT is often over in 15 minutes or less.

By freezing an LSD molecule bound to a single brain cell receptor as a crystal in a lab, researchers were able to get a 3-D x-ray image of the drug and the protein locked together.

“My lab has been trying to do this since the early 1990s,” says Bryan Roth, a pharmacologist at the University of North Carolina at Chapel Hill and senior author on the paper. “I remember Dan Wacker [a co-author, also at U.N.C.] showing the image. It was basically a moment of silence. I started to fight back tears of gratitude that we had finally gotten it.”

It is the first 3-D image of a psychedelic bound to a brain receptor, Roth says. 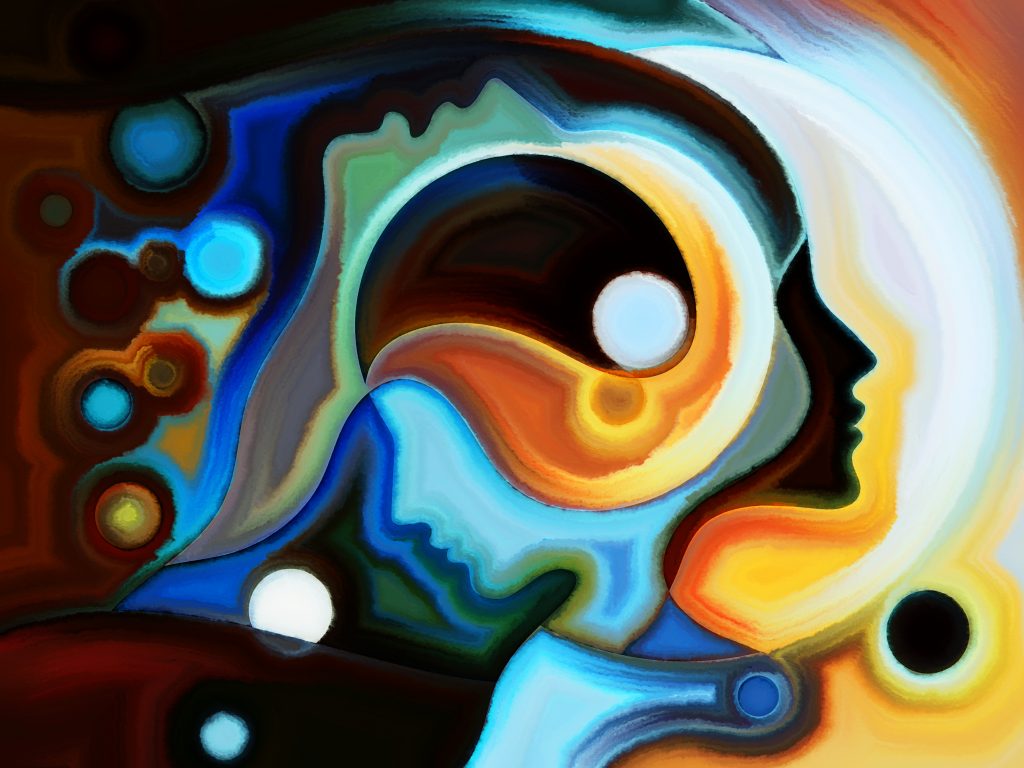 The team ran computer models that suggest it could take hours for LSD’s receptor protein to release the drug. Until then, the trip goes on. Illustration by agsandrew/via Adobe

The image showed Roth and his co-authors something strange about the way LSD fit inside this receptor. Drugs typically come and go from receptor proteins like ships pulling in and out of a port. But when an LSD molecule lands on the receptor, the molecule snags onto a portion of the protein and folds it over itself as the molecule binds to the receptor.

“There was this lid that came over the molecule. It looked like it trapped LSD in the receptor,” Roth says. “That immediately suggested to us why LSD lasts so long.”

LSD seems to stimulate the receptor for the entire time it is trapped underneath the protein “lid,” Roth says. Proteins are in constant motion, so he thinks the lid eventually flops open, allowing the drug to fly out and the effects to wear off. But the team ran computer models that suggest it could take hours for that to happen. Until then, the trip goes on.

Roth’s experiments also suggest that the longer LSD stimulates the receptor, the more powerful the effects become. “What we show in the paper is that LSD becomes a hundred times to a thousand times more potent [after a few hours],” Roth says. “It begins to explain not only why standard recreational doses have this profound effect, but also why microdoses (about 10 micrograms of LSD) might have an effect.”

So-called microdoses are minute amounts of LSD—usually about 10 times smaller than a typical recreational dose. LSD is outlawed around the world and is a Schedule I drug in the U.S. (putting it in a category with heroin and ecstasy). But microdosing has gained some traction among Silicon Valley technology workers as a creativity-boosting “smart drug.” The practice has become more popular since psychologist James Fadiman wrote about it in his book The Psychedelic Explorer’s Guide in 2011.

Scientists have suggested LSD might have some broad clinical use for conditions such as anxiety or addiction, and there is early evidence that it could treat cluster headaches. Roth says more research needs to be done on all of these applications, however. 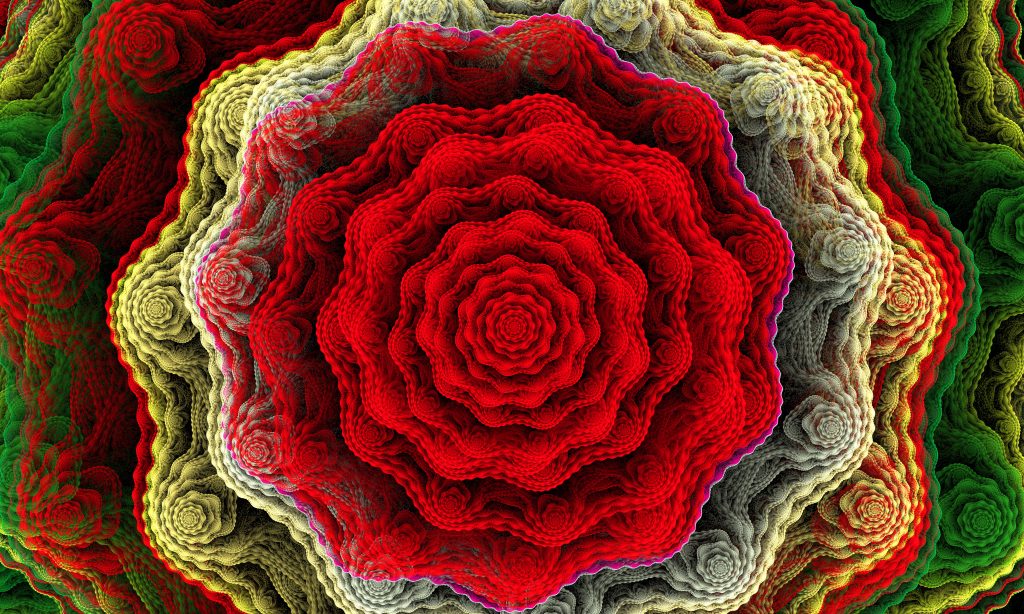 But it is still unclear exactly how, once bound to LSD, these receptor proteins go on to create the specific, often bizarre effects of LSD—like the frequently reported destruction of one’s sense of self. Illustration by Agnes/via Adobe

“In terms of microdosing, what we really need are controlled clinical trials, and we don’t have any,” he explains. Some microdosers claim the practice can enhance productivity, focus and mood. Ayelet Waldman, who recently published A Really Good Day: How Microdosing Made a Mega Difference in My Mood, My Marriage and My Life, asserts that microdosing on LSD helped her overcome depression and bipolar disorder. “I was suicidal, and now I’m not dead,” Waldman says.

Roth says he had initially believed the effects of microdosing, which users say are nearly imperceptible, could be attributed to a placebo phenomenon. “Previously, I thought these are just ‘homeopathic’ doses—not doing anything,” he says. But “these low doses, it’s clear now, really can have significant effects at these receptors.”

Halberstadt thinks that idea is interesting. “This could be a reason why LSD is so potent,” he says. “If it has a really long dissociation rate that would magnify the effect of even very small concentrations.”

But it is still unclear exactly how, once bound to LSD, these receptor proteins go on to create the specific, often bizarre effects of LSD—like the frequently reported destruction of one’s sense of self, or careening uncontrollably into one’s deepest, most personal memories and emotions. The work only studied two of 40 known receptors that LSD touches in the brain, says Nicholas Cozzi, a pharmacologist at the University of Wisconsin–Madison who was not involved with the study.

Any combination of those receptors working in concert, and the different ways LSD might interact with each one, may be contributing to the feeling of oneness with the universe, shifting reality or generally elevated mood often attributed to the drug.

“It’s like a musical chord formed by notes,” Cozzi says.

This article is reproduced with permission from Scientific American. It was first published on Jan. 27, 2017. Find the original story here.

Left: A new discovery of how LSD changes a protein’s structure may explain why the drug is so powerful, and why its trips are so long and strange. Illustration by agsandrew/via Adobe