‘Science is crucial to the future’ — March for Science draws thousands

Thousands of protesters joined scientists, researchers, engineers and mathematicians in demonstrations around the world on Saturday for the March for Science.

The march was planned in January to coincide with Earth Day and in conjunction with educational and scientific institutions in a call for sound federal science policy and to draw attention to a slew of issues — from climate change to technological advances and public funding for science — that have raised concerns in the scientific community.

“People are worried about scientific integrity being eroded or diminished,” said Valorie Aquino, co-chair of the national March for Science effort. “I think on the top of the list has been a sense of urgency [to defend] scientific integrity and having science at the table in making policy decisions that affect all of our daily lives.”

READ NEXT: Why these people are joining — or skipping — the March for Science

Organizers said the event, planned for hundreds of cities in the U.S. and around the world, would remain non-partisan, though some participants viewed the march as a way to challenge cuts proposed by the Trump administration that target science programs. 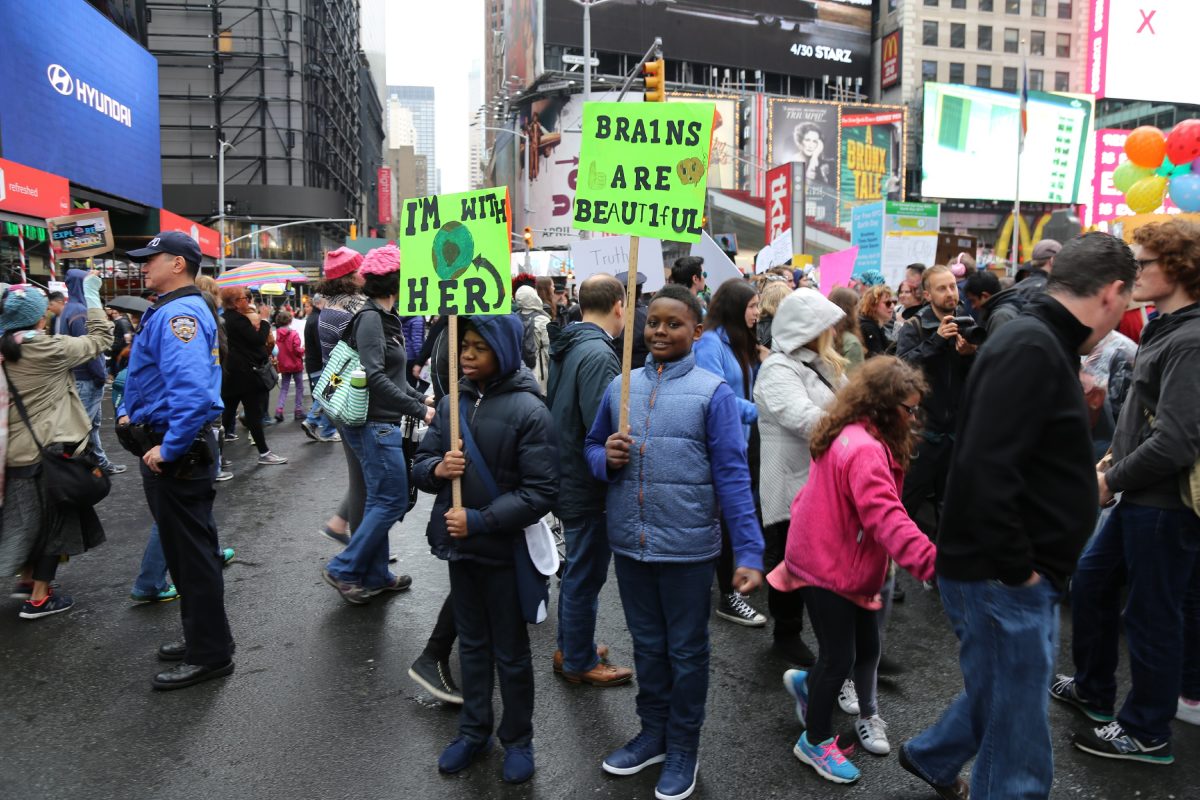 Thousands of people in New York City trudged from Central Park to Times Square during the March for Science. Photo By Michael D. Regan

“The March for Science could not come at a more consequential moment,” the March for Science organizers wrote in a statement. “The science community faces the most anti-science budget proposed by a U.S. Administration in over 30 years. If enacted, the immediate and long-term repercussions to prosperity, health, and safety of Americans could be severe.”

Kathleen Rogers, president of the advocacy organization Earth Day Network, said her group decided to help organize the March for Science soon after the Women’s March in January.

“The important thing is really communicating the value and integrity of science,” she said.

Mutale Nkonde, the co-chair of March for Science in New York City, said some of the 100 organizations and 25,000 people who have committed to participating in the New York City march have expressed frustration over Trump’s proposed cuts to the EPA and the National Endowment for the Arts. Trump’s executive order on immigration, which temporarily banned immigration from seven majority-Muslim countries and was blocked in federal court, also “made people nervous” and affected scientists working in the U.S., she said.

Rush Holt, president of the American Association for the Advancement of Science, said the march on Saturday is not an “orchestrated political attack.”

“It’s more a cry by scientists saying for too long we’ve [been] taken for granted and that everybody understands just how important science is for their lives,” he said. 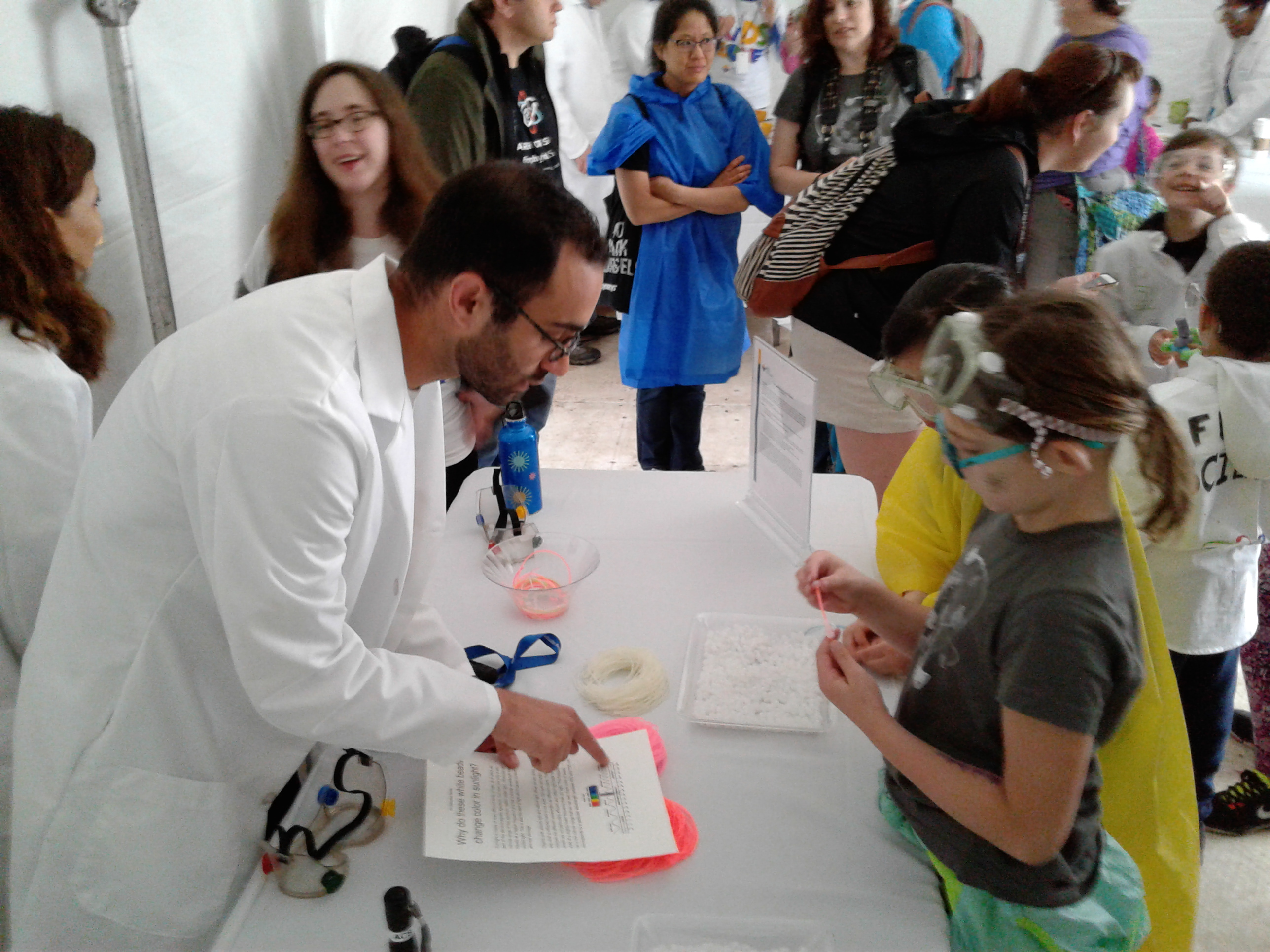 The largest march on Saturday was anticipated to take place in Washington, D.C., where tens of thousands of concerned scientists, advocacy groups and members of the general public gathered in wet weather to listen to a host of speakers before marching through the streets of the nation’s capital.

Among those who spoke to the crowd was scientist, educator and television personality Bill Nye, who gave an impassioned address about the role of science in society.

“We are marching today to remind people everywhere, our lawmakers especially, of the significance of science for our health and prosperity,” he said to a cheering crowd. “Our numbers here today show the world that science is for all.”

Others held teach-ins or took to the streets, walking along Constitution Avenue before meeting up at the Washington Monument, with many people traveling to the march from out of town.

Kimberly Fischer, 51, a librarian from Wilson, North Carolina, said she decided to attend the march with her daughter to express how important science is to her family and for generations to come.

“Science is crucial to the future,” she said. “Without a good handle on science, we’re not moving forward, we’re moving backward.” 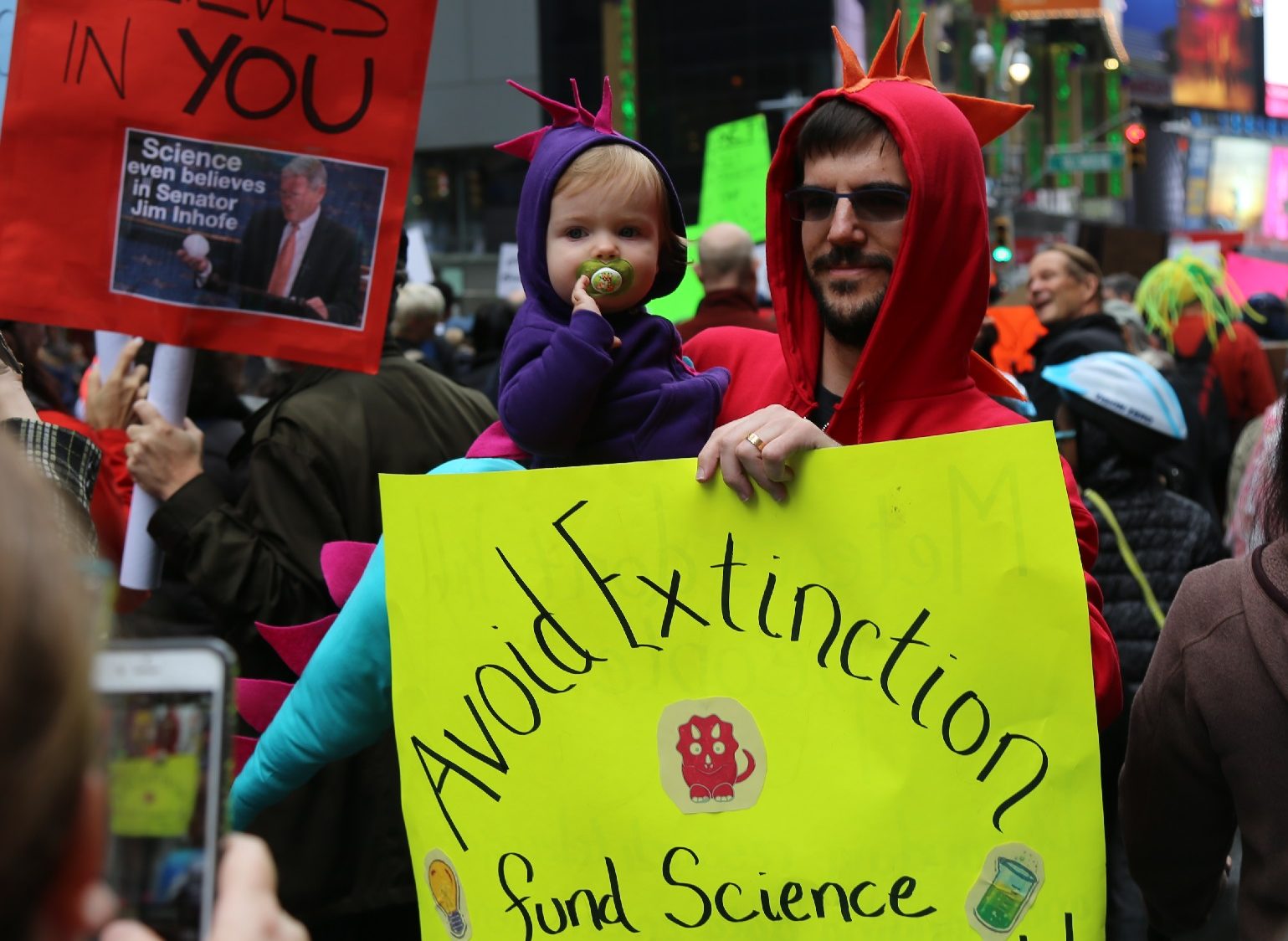 Attendees of the March for Science on Saturday in New York City held signs and chanted. Photo By Michael D. Regan

New York City also drew thousands of people to a march that began at Central Park, continued past Trump Tower and ended near Times Square. Throngs of demonstrators carried signs and chanted slogans that emphasized the importance of science in the bustling city.

Elle Barnes, 23, a PhD student at Fordham University who studies amphibian wildlife, said she decided to march to draw attention to “how important science is.” 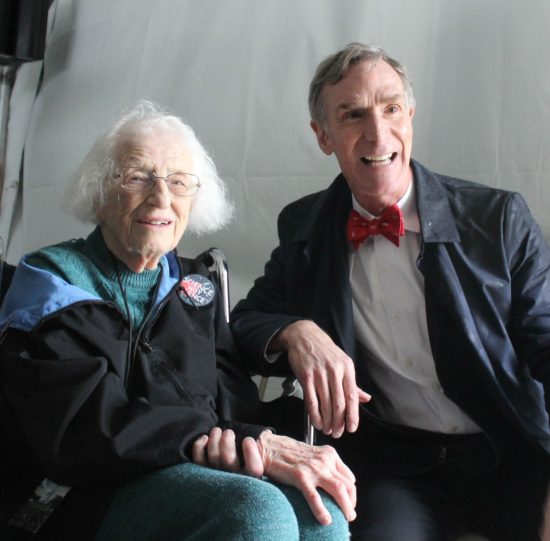 “I don’t want to say it’s just the Trump administration,” she said. “Science can be bipartisan. But it’s really important to digest what you hear in the news and to think critically about it.”

Elizabeth Fritsch, 29, an actor living in Harlem, said she chose to march because of her concerns that money from lobbyist firms and special interest groups too often becomes entangled with science policy. “We have to get politics out of science,” she said.

Similar scenes played out around the country and the world, in cities like Boston, Berlin, Seattle, Oklahoma City, Toronto, Trinidad and Tokyo. Organizers said more than 600 satellite marches would be taking place in total, with the bulk held in the U.S.

Aquino, who is also an anthropologist at the University of New Mexico, said she saw the idea for the march grow from a few thousand people on social media to tens of thousands of committed participants over the last several months.

She said her group also plans to carry its message beyond Saturday, starting with a national “week of action” in late April which will include calls and emails to politicians around the country to stress the importance of science.

“It’s been years in the making seeing an erosion of trust in the scientific community,” she said. “We want people who march for science to make sure their leaders know why.”