Haunting and detailed pictures of Saturn’s moon Enceladus are being released by NASA today. The images come from an October 28 flyby in which the Cassini spacecraft skimmed by only about 30 miles above the moon’s surface.

The most exciting aspect of the flyby, however, may not be the pictures Cassini took, but the data it gathered. The purpose of this journey was to have the probe pass through and gather samples of the geysers that erupt from Enceladus’ south pole. The geysers are formed when material from the moon’s geothermally-heated global ocean bursts from underneath its frozen crust. Scientists believe they may shed light on the liquid interior of the planet. 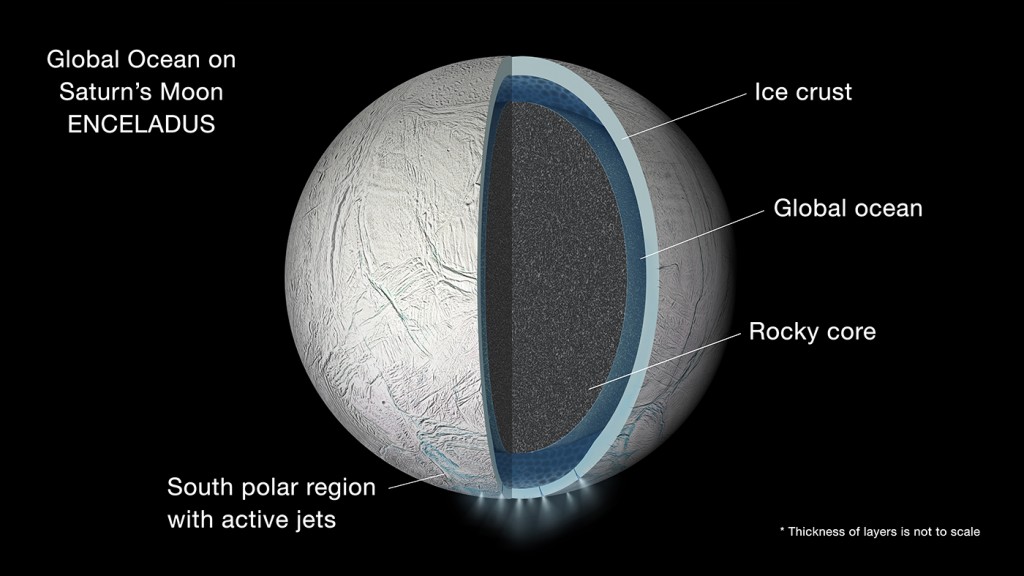 As Cassini sailed through the icy plumes of the geysers, its instruments, which analyze gas and dust, took a sample. Scientists will be looking for the presence of molecular hydrogen in the sample, which could indicate that hydrothermal activity is taking place on Enceladus’ seafloor. The samples will also help scientists learn more about the composition of Enceladus’ ocean. 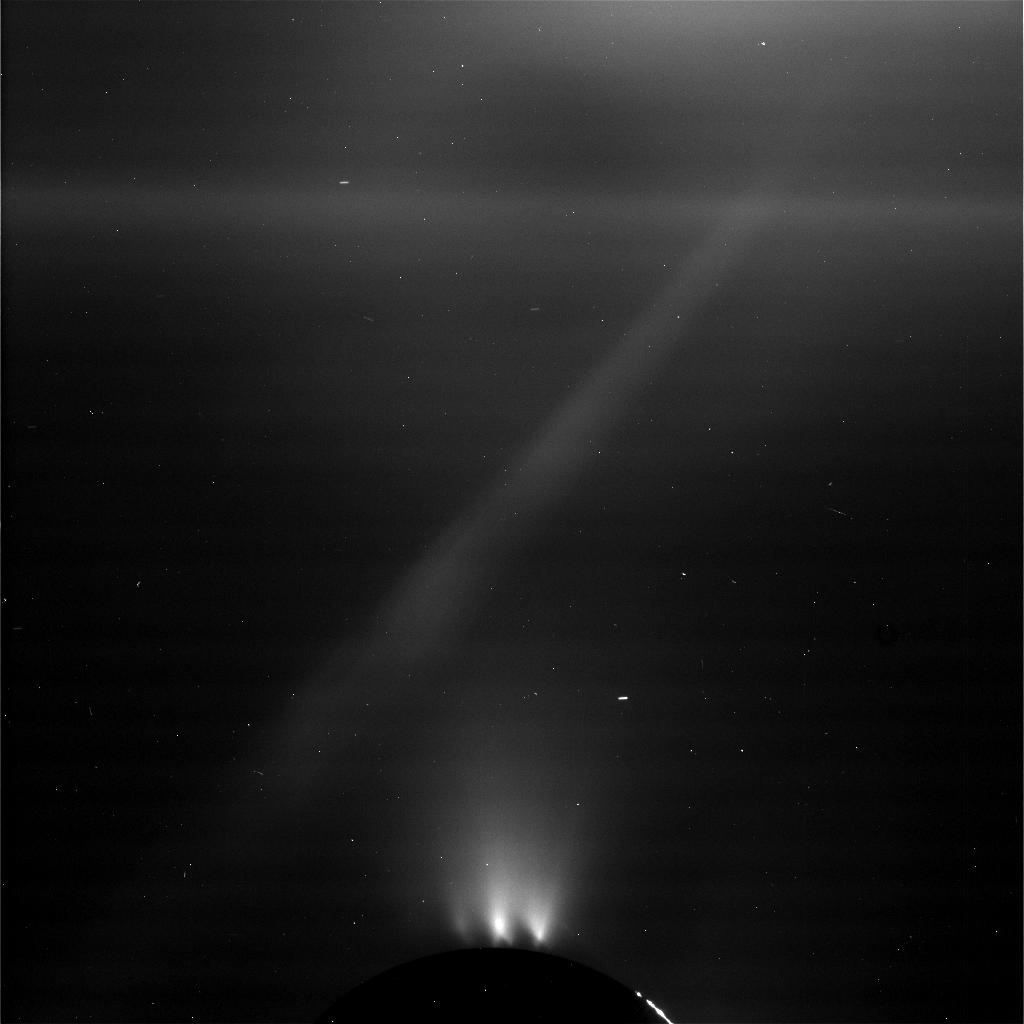 The plumes from Enceladus’ geysers almost look as if they are glowing against the backdrop of space. Image curtosy NASA/JPL-Caltech/Space Science Institute

The presence of the geysers and the geothermic ocean has led scientists to believe that Enceladus could possibly support extraterrestrial life similar to organism that currently live in extreme conditions in the Earth’s oceans, near volcanic vents. 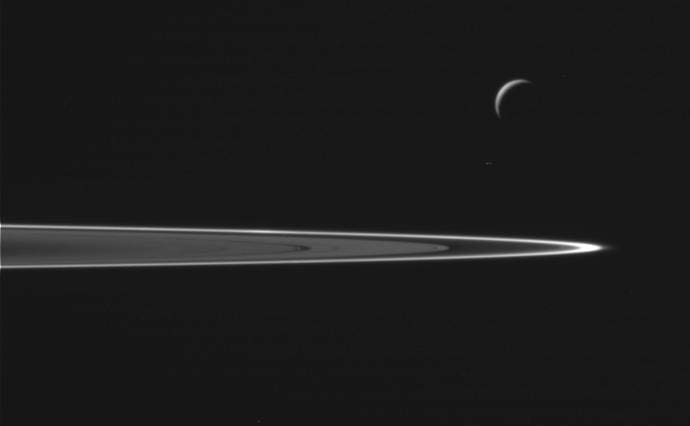 It could take several weeks for the results of the flyby to begin emerging, but in the meantime, the new pictures of Enceladus are available on NASA’s Cassini mission webpage for all to see.