A NASA rover on Mars has fallen silent as a gigantic dust storm envelops the planet and blots out the sun.

Flight controllers tried late Tuesday night to contact Opportunity, but the rover did not respond. The storm has been growing since the end of May and now covers one-quarter of the planet. 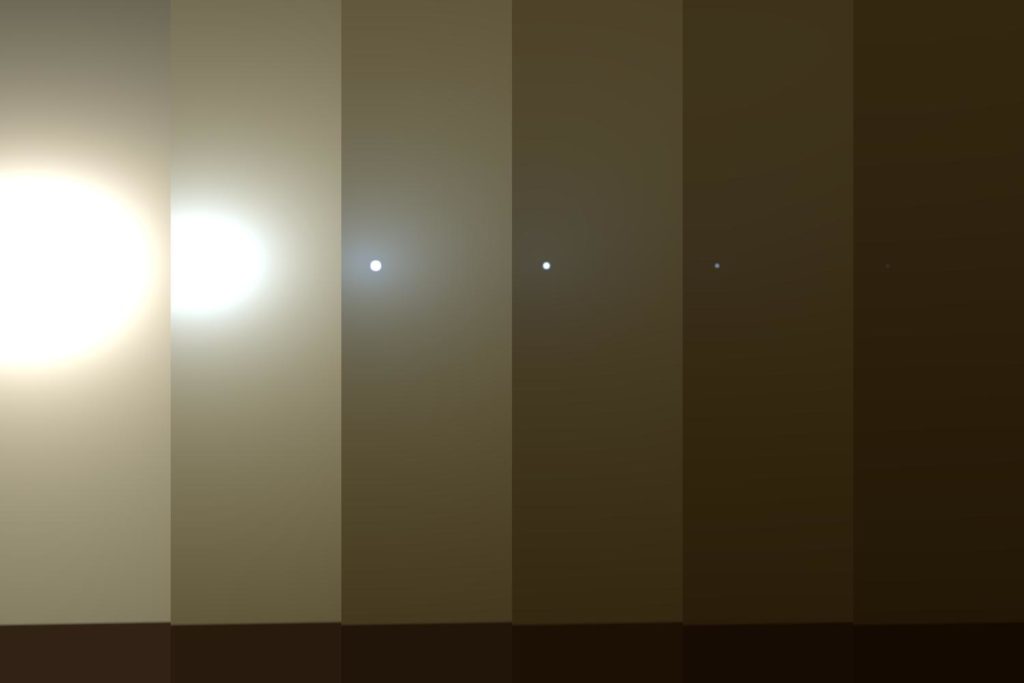 This series of images shows simulated views of a darkening Martian sky blotting out the Sun from NASA’s Opportunity rover’s point of view, with the right side simulating Opportunity’s current view in the global dust storm (June 2018). The left starts with a blindingly bright mid-afternoon sky, with the sun appearing bigger because of brightness. The right shows the Sun so obscured by dust it looks like a pinprick. Photo courtesy of NASA Jet Propulsion Lab.

Controllers expect it will be several more days before there’s enough sunlight to recharge Opportunity’s battery through its solar panels. NASA says the battery is likely so low that only a clock is still working, to wake the spacecraft for periodic power-level checks.

NASA launched the twin rovers Opportunity and Spirit in 2003 to study Martian rocks and soil. Spirit hasn’t worked for several years. Opportunity, however, has kept exploring well past its expected mission lifetime.

Left: Shown is the upper entrance to the fluid-carved canyon "Perseverance Valley." (NASA/JPL-CalTech)